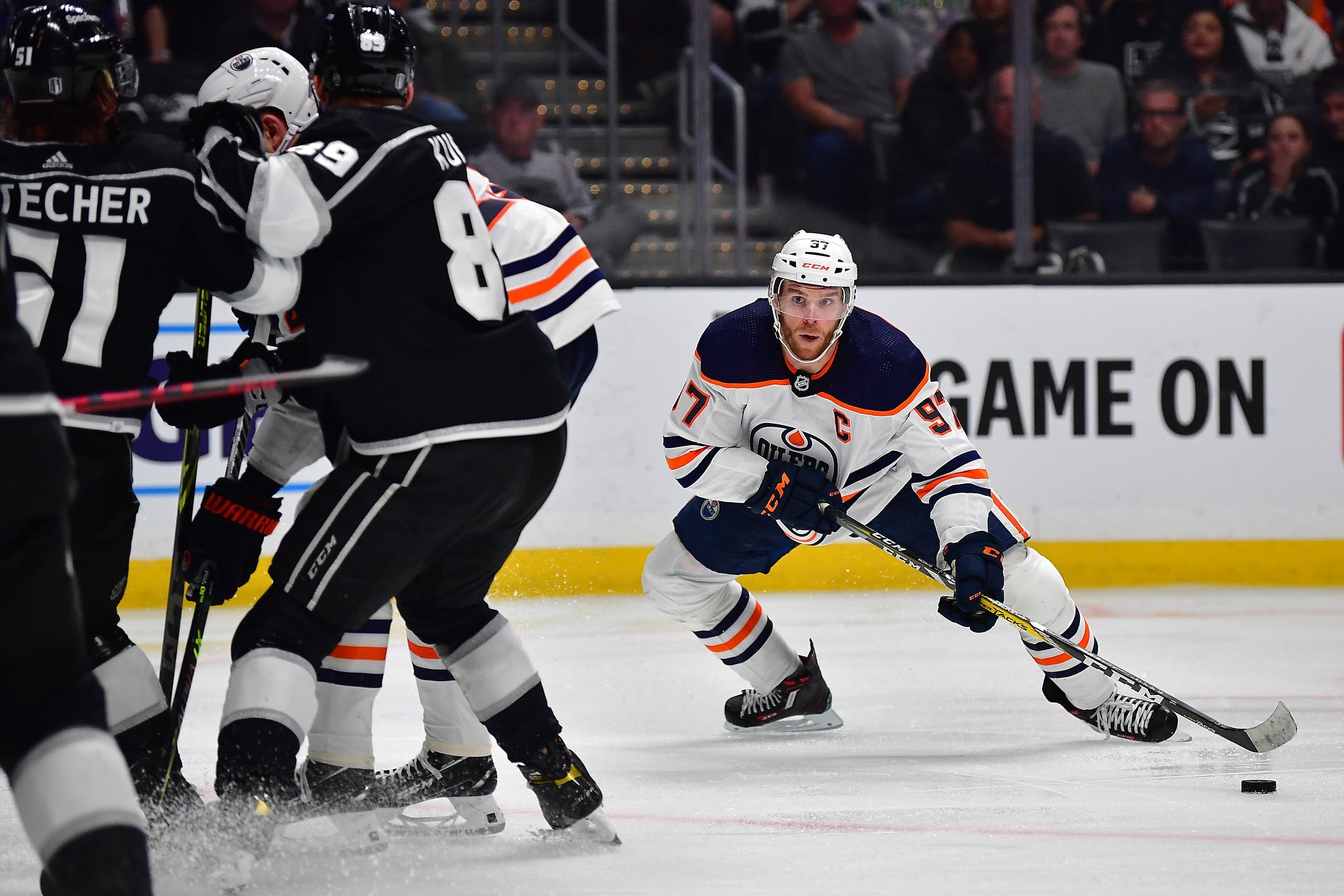 By baggedmilk
8 months ago
After the way the boys dropped the ball in games four and five, the vibes around here were anything but positive and I think it’s worth having a conversation about what happened last night. Here are a few thoughts on last night

What else can you say about @Connor McDavid over than to suggest the guy is going hero mode right in front of our very eyes. Outside of getting kept off the board in Game 4, he’s had multi-point games on the other five nights as the Kings seemingly have no answer for stopping him from doing his thing. While past results certainly don’t guarantee future success, I think it’s a pretty safe bet to suggest that he’s going to be a factor on most shifts he plays, and when it comes to tomorrow’s elimination game, I’d be mighty concerned about what he’s going to do for an encore if I’m an LA Kings fan. Again, there is plenty of hockey to be played and we know that one player can’t carry a team in this league, but I also know damned well that Connor McDavid can change the outcome all on his own. And honestly, it makes me feel very lucky that we’re able to watch him play on a nightly basis and I will once again encourage everybody reading this to take a moment to appreciate the player we have here. There is no one else in the league like him, and no one I would rather follow into battle.

I don’t think it’s any secret that Leon Draisaitl is playing hurt right now, but what I do hope is that he can make it through Game 7 without having his body take any more punishment than it already has. I mean, look at the clip above… Draisaitl gets pulled down from behind and twists something up on his way to the ice, and it was clear that whatever happened affected the way he moves. Thankfully, Drai was able to continue on with his night and pick up a primary assist on the game-winner, but it would be damned nice if the guy could make it through this next game without having anything else go wrong. The good news is that even at 60-80%, Draisaitl is still better than most players in this league and that’s not going to change, but I do wonder if it means we’ll see him stick on the wing tomorrow night rather than at centre where he’ll have to do a lot more skating. I guess we’ll have to wait and see what Woodcroft puts together.

I know some folks weren’t big fans of @Evander Kane flashing seven fingers at the crowd after cashing in the empty-netter, but I don’t have a real big problem with it. For me, it was one of those moments where the Oilers won a do-or-die game in an opposing barn to bring the series back to Edmonton, and it offered a little dose of swagger that I think we need ahead of tomorrow’s deciding contest. I also know that some folks are speculating that McDavid didn’t like it after he was seen swearing on the bench shortly after — McDavid wasn’t even celebrating his own goals so that could actually make sense — but I also remember a time when he told the refs to check upstairs after scoring a big goal a few years back. Regardless of what anyone thinks, I refuse to believe that this gesture was any indication of how tomorrow night is going to go or that the Oilers are looking ahead of the job that has to be done. If anything, I hope Kane pissed the Kings off to the point where they’ll be taking runs at him to try and take their pound of flesh for showing up the crowd like that. Dare to dream?

FORGET THE REFS, PLAY YOUR GAME

While this certainly isn’t news to anyone reading this, we need the Oilers to ignore how bad the refs are officiating this series and keep playing their game without getting too frustrated. As we saw last night, it’s clear that even the most basic penalties against us aren’t going to get called, and I think a key to winning tomorrow night will be to let this crap slide off their backs and just keep pushing forward. As frustrating as it must be for the players to have nonsense called one way and not the other, they can’t let the Kings win the mental side of this final game and they need to stay focused. Only the task at hand, nothing more.

On the latest episode of Better Lait Than Never, I dove into the heartbreak that came as a result of the Game 5 OT loss and wonder why there are so many Oilers fans that threw in the towel early. Subscribe on Spotify, Apple Podcasts, Google Podcasts.
Nation Takes
Oilers Talk
Recent articles from baggedmilk