Random Thoughts: Ryan Murray, the boys are back in town, and my love for Leon Draisaitl 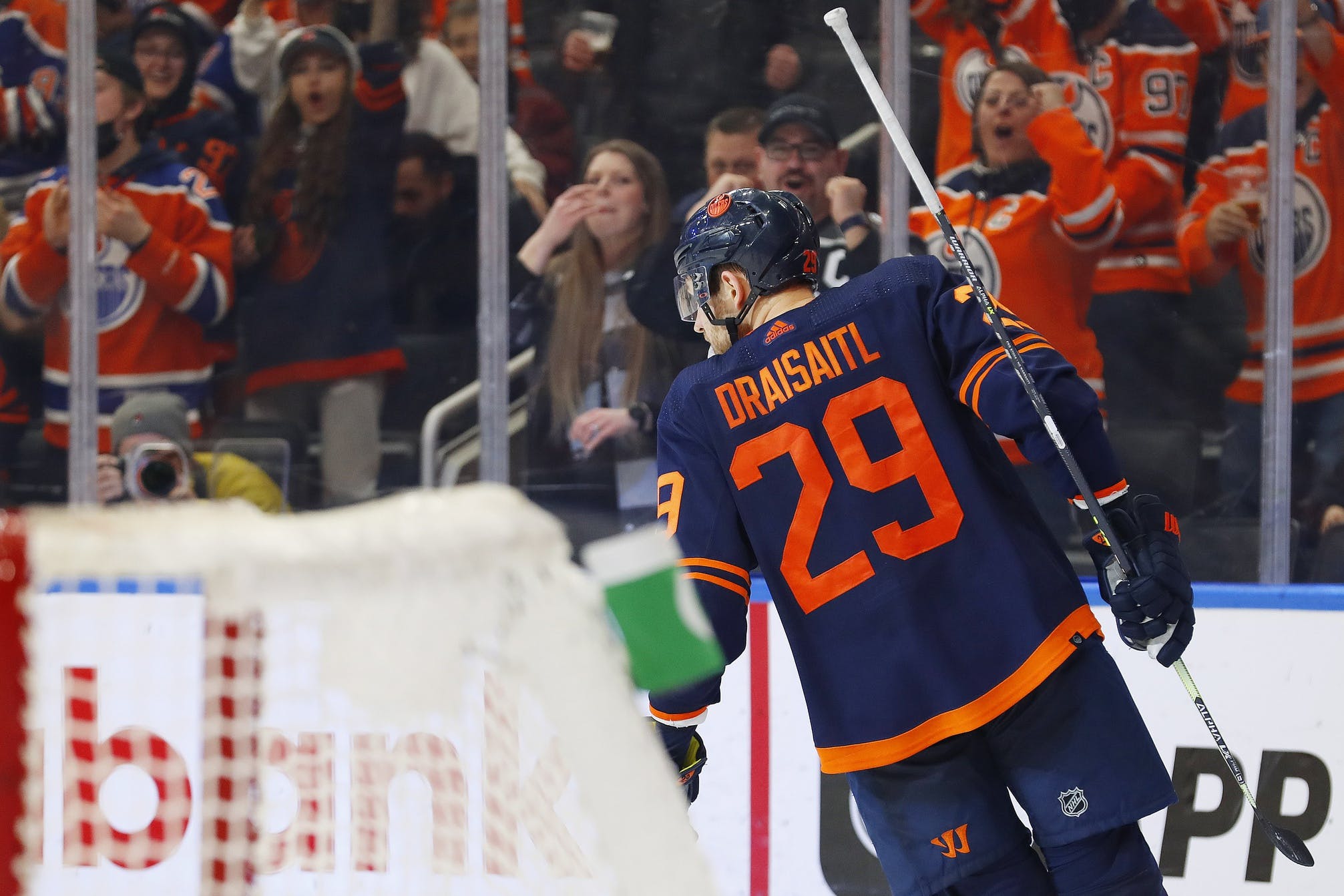 By baggedmilk
2 months ago
It’s the long weekend, the NHL season is just around the corner, and that has your ol’ pal Baggedmilk thinking about what’s to come for our beloved Edmonton Oilers in a fresh edition of Random Thoughts.

WE FINALLY GOT RYAN MURRAY

If you’re old enough to remember the Fail for Nail from back in 2012, then you will absolutely remember that the other option that people wanted the Oilers to consider was Ryan Murray. At the time, the Oilers needed capable defencemen and they also needed goals — that stage of the rebuild had no shortage of needs — so they ultimately decided to go with the consensus first overall pick in Nail Yakupov. Regardless of what anybody tells you, picking Yak at first overall was what most teams would have done in that situation because he was supposed to be the guy. As we know all too well, the dream of Yak City crumbled in ruins before the remains were eventually shipped off to St. Louis for Zach Pochiro and a pick, leaving us hurt and confused about what went wrong. WTF.
Now, all these years later, we finally get to see what the Oilers will look like with Ryan Murray in the lineup after the Oilers (Bruce McCurdy, actually) announced that the veteran defender had signed a one-year deal for $750K. Now we’ll finally know if Steve Tambellini got it right or not. But in all seriousness, I actually think grabbing Murray at a league-minimum deal is a smart piece of work because it adds some much-needed depth and competition to a defensive group that needs it. That’s not to suggest that Murray is going to be a game breaker — he registered only four assists in 37 games played in Colorado last season — but he does provide a light dose of insurance provided that Philip Broberg isn’t ready to handle the gig. Don’t get me wrong, I still think we need some upgrades on the back end but at least having Murray on the depth chart pushes a bunch of kids down a spot unless they outright win a job. From where I blog, I see Ryan Murray as a low-risk bet that could help keep the ship steady over the course of a long season but won’t necessarily make the sexiest impact.

THE BOYS ARE BACK IN TOWN

From where I blog, nothing kicks off the excitement of a new season quite like having the boys rolling back into town after their summers spent doing whatever it is that they do. After a few months away from watching games, I’m starting to get that itch again, and seeing the likes of Draisaitl, Broberg, and Skinner ripping around in their Oilers practice gear has me feeling fired up. I can’t be the only one, right? It’s almost like this is the official start of the year for me and I’m excited. Even with more than a month left to wait until the regular season kicks off, having the Oilers roll back into Edmonton and hit the ice at Rogers Place feels like we’re officially taking the wrapper off a fresh campaign and I’m pumped about it. For me, the new hockey season officially begins when I start seeing the boys rolling back into town and that has me pounding back the off-season Kool-Aid.

I know I’ve written about the Oilers still needing to get cap compliant before the start of the season a few times, but now that we’re in the month of September, it feels like the urgency for such a move has to be ramping up by now, no? According to PuckPedia, the Oilers will need to clear $1.19 million PLUS the money for Mcleod once Klefbom and Smith’s money hits the LTIR, and while I’m certainly no rocket surgeon, the math on the situation still doesn’t work. With Ryan Murray now on board and Ryan McLeod still left to sign, the Oilers need to create some wiggle room for themselves and I cannot wait to see how they’re going to make it happen. As much as I’ve been guessing it’ll be Foegele that goes over the last couple of months, we’re finally closing in on getting an answer and I am endlessly intrigued to see how this plays out in terms of who’s leaving and if there’s a return coming back our way outside of the cap space. The countdown is on, my friends.

This past week, Zach wrote a couple of articles about Leon Draisaitl’s 32 Thoughts appearance with Friedman and Marek, and as I was reading the quotes, all I could think about was how Leon has turned into the funniest guy on the team and it’s not really close. Quite frankly, if there’s one player on this team that I would like to see mic’d up more often it would be Leon Draisaitl because there is no one else on this team that’s as likely to say something funny or interesting as he is. Remember the f*cking phenomenal fans quote? Only Leon is going to say that, and I love it. Getting back to his interview with Friedman and Marek, the quote that I loved the most was when Drai was talking about teaching himself how to play on one leg in the playoffs.

“It was interesting though. I liked it because I had to change my game and it kind of showed me there’s a way I can become better in a way with doing almost less. I was very interested by that part of the game that when you’re healthy, you try and play your best, you try and play with speed, you try and play fast. I didn’t have that to my game. I tried to find a way to be productive in a different way. I thought I did a pretty good job of it.”

Call me crazy here but if there’s actually a possibility of Leon using what he taught himself to do on one leg and using it to improve what he can do with two working legs then I think the rest of the NHL is in trouble. I mean, this dude outscored the entire Flames roster in the second round of the playoffs and he did it with only two of his three legs working properly. If he can find a way to add another layer of wizardry into his arsenal because of what he learned after that dummy from LA hauled him down from behind then I think we’re in for a very fun year from the big man. I believe, dear friends, and Gord knows I wouldn’t bet against him. 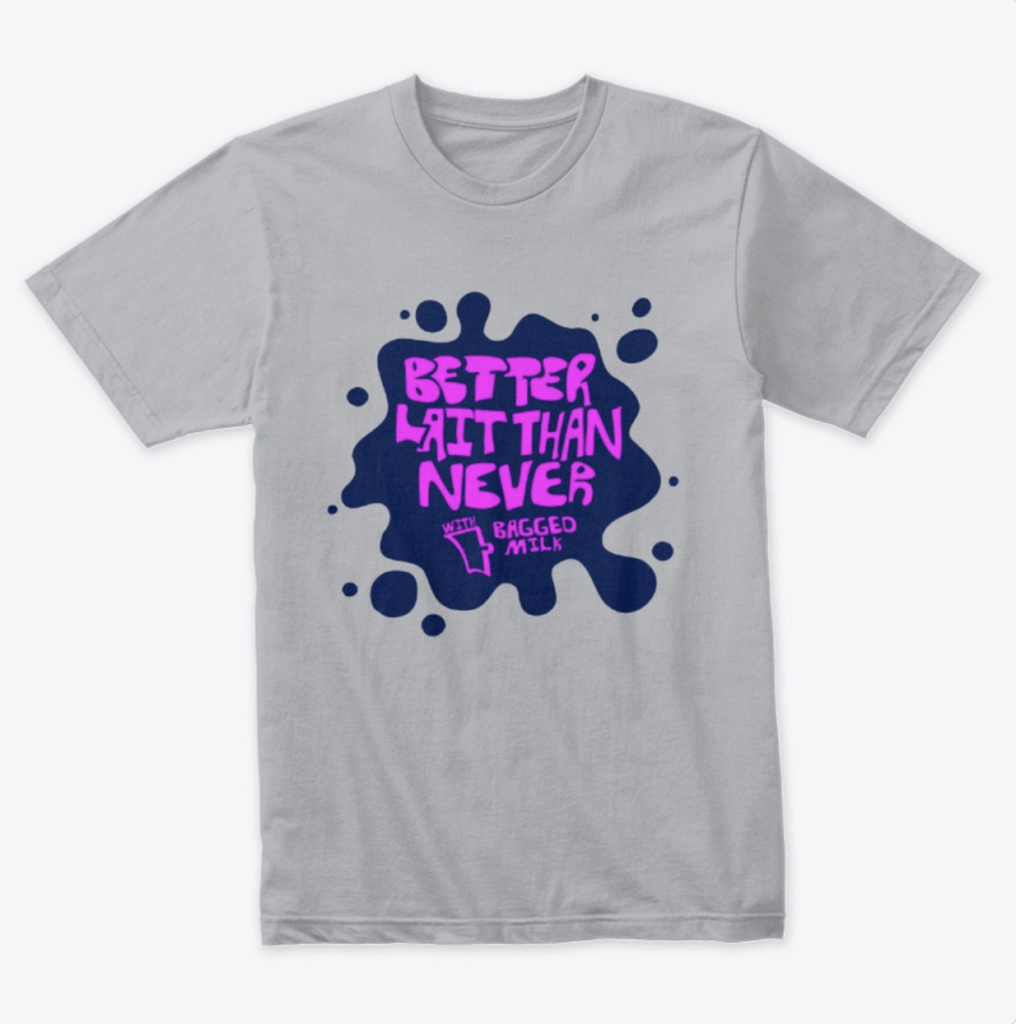 If you’re a fan of my podcast or if you just feel like helping me raise some money for the Edmonton Humane Society, I’ve got these BLTN tees up on my own store with the goal of raising $1000 by the end of the season. I will be donating 100% of the profits from these tees, hoodies, and #FranksPicks gear to the Edmonton Humane Society at the end of the season, and I would be so pumped if we can beat last year’s total of $615. If you’re into it, the link for the gear is here, but if you’re not, maybe you might consider sharing the link to help me spread the word. Thanks, Nation!
Nation Takes
Oilers Talk
Recent articles from baggedmilk