Random Thoughts: The Battle of Alberta 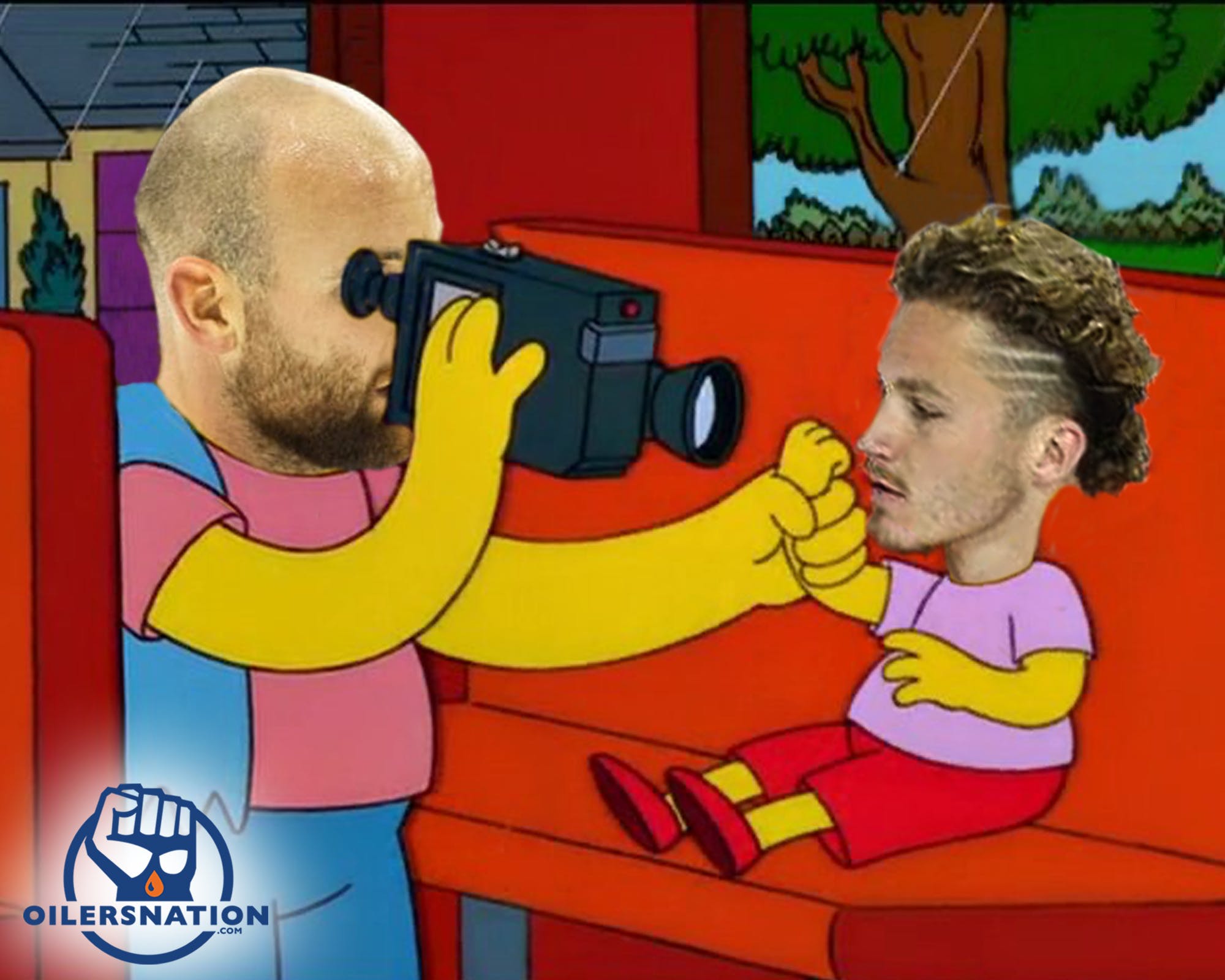 By baggedmilk
8 months ago
With the first postseason Battle of Alberta set to kick off tomorrow night, I felt like it would be the perfect time to unload my brain a little bit on some of the thoughts that are rolling around as we head into this series.

As much as the first round series against the Kings was rough and physical at times, this upcoming BOA against the Flames is going to take things to another level and it will be up to every single player on our side to embrace the madness that is to come. I don’t care if you’re @Connor McDavid, @Ryan Nugent-Hopkins, @Zack Kassian, or anyone in between, this series is going to be a challenge for every Edmonton Oilers to raise their level of play and so how much they want it. One of the things I loved about the way the Oilers capped off their first round series was the buy-in from everyone in the lineup to not only throw the body around but make the sacrifices needed to win. From my side of the TV screen, I thought the Oilers saved their best hockey for games six and seven but they’ll need to find another gear ahead of Wednesday night’s opener. As we saw against Dallas, the Flames are going to shoot from everywhere and the Oilers will need to make sure they’re ready to handle that pressure be it with a big block, cleared puck in front of the net, or making sure they don’t fly the zone too early.

If you cruise around the Internet right now, there aren’t many people outside of Edmonton that are expecting the Oilers to win this series, and I’m hoping that lack of belief puts a chip on our boys’ shoulders. As we saw against Los Angeles, having lowered expectations about what you’ll be able to achieve may actually be to our benefit as most non-Alberta fans, sportsbooks, and pundits seem to think the Flames have this thing wrapped up before any hockey has even been played. If the Oilers can embrace the underdog mentality, then maybe they can give themselves a small mental edge over a Flames team that seems to have all kinds of pressure on them to make it through this thing. Just look at the contract talks Calgary has to handle this offseason. They’ve got Tkachuk, Gaudreau, and Mangiapane all needing new deals and that tells me that one of those guys is probably going to have to go when this is all over, which adds even more pressure on that team to find a win in this series. And seeing as they struggled against the Stars — I know Oettinger was lights out all series long and that was a big part of those issues — I’m very curious to see what they’ll handle an Oiler squad that has more scoring depth, will play a much more physical game, and will have a sizeable chunk of its fanbase taking over their hometown rink. Even though a lot of people are saying this thing is over before it starts, I’m not so sure about that. This series was extremely even in the regular season and while I know that doesn’t necessarily mean anything now, I’d be hesitant to be a Flames fan that’s counting chickens before anything has hatched.

EYE FOR AN EYE

One concern I do have is that the Flames have some dirty, cheap players on their roster that will happily take runs at players that they know are injured. Put another way, would it be surprising at all to see Matthew Tkachuk take hacks at Leon Draisaitl’s ankles knowing full well that he’s battling a lower-body injury? It wouldn’t. Full stop. That’s why the Oilers need to be prepared to answer back with shots on Calgary’s skilled guys with clean hits if that’s the game the Flames want to play. I’m thinking that if the turtles of the world are going to take runs at Leon then the Oilers should be prepared to crumple Johnny Gaudreau into a tiny ball and stuff him in a locker. If the Flames want to take runs at our players then the Oilers will need to be prepared to do the same. Make it clean, but make it count.

Even though I know this will be easier said than done, the Oilers need to limit their trips to the penalty box as much as possible to avoid giving the Flames additional chances to score, especially since we know there’s going to be a lot of shenanigans after the whistle that will test everyone’s ability to stay focused. Even though I don’t know what that means exactly, the Oilers will need to find a way to walk the line of being physical and annoying without putting themselves in the box. Even though the PK was very good against the Kings, I don’t think it takes a rocket scientist to figure out that limiting Calgary’s time in the offensive zone will be crucial to winning this series.

After watching a few games between the Stars and Flames, one thing that stuck out to me quickly was that Dallas didn’t do a very good job of making Markstrom’s life difficult and that’s something the Oilers will need to make sure they’re getting done. They need to get in Markstrom’s kitchen as often as possible with the intent of creating some chaos in the crease because if he can see the shots that are coming in then he’ll be able to stop them all day. Exactly as we saw against Quick and the Kings, making life difficult for the goaltender and not expecting that every goal will be a pretty one is a part of the plan that the Oilers desperately need to have.

DON’T BE AN IDIOT

As much as this series is going to be a tonne of fun, infinitely stressful, and ripe with physicality, can we all agree that any violence should remain on the ice rather than in the stands or in the streets?  I mean, I’m not talking about chirps and giving each other the business on social media, I’m talking about actually getting into real fights because your hockey team won/got beat/whatever. Even though there’s no doubt that this series will be spicy and that the two fanbases will be going back and forth every single night, I’d much rather have this be a positive moment for both clubs that helps to grow the game rather than making us look like Florida north. Let’s have a good time over these next two weeks, but let’s not make ourselves look like morons while we’re at it. Seems fair, right?

On the latest episode of Better Lait Than Never, I ran through the incredible environment at Rogers Place during Game 7 and walked through how excited I am about the Battle of Alberta. Subscribe to Better Lait Than Never for FREE on Spotify, Apple Podcasts, Google Podcasts, and wherever else you get your podcasts from!
Nation Takes
Oilers Talk
Recent articles from baggedmilk