Recapping the Boundary Battle of Alberta 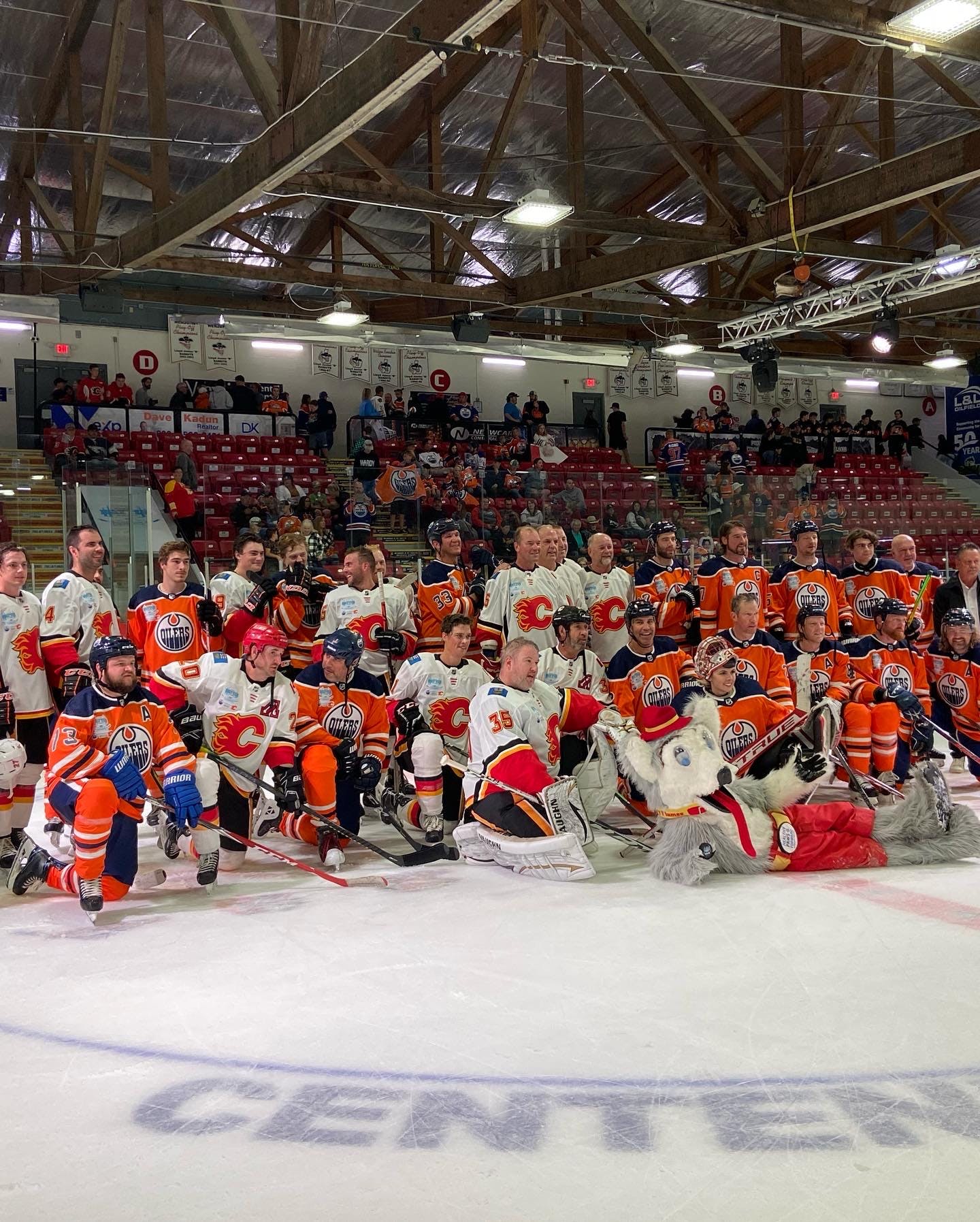 By Woz
4 months ago
Yesterday in Lloydminster we had the pleasure and honour to be at the Boundary Battle of Alberta as hosted by Boundary Ford.
It featured a charity game between Edmonton Oilers and Calgary Flames alumni, and there were tons of fan favourites from both teams. Proceeds from the event went to local community organizations like Lloydminster Rescue Squad and the Lloydminster Region Health Foundation.
It was a fantastic charitable initiative and an overall enjoyable time for all involved. This was my first time visiting Lloyd, I rarely leave Edmonton as it is, and before we dive more into the article I have to say the people of Lloyd are incredible and super welcoming. All of this was held at the Centennial Civic Centre.

The festivities kicked off at 12:30 pm where you had Oilers and Flames alumni sign autographs alongside current Oilers Stuart Skinner, Philip Broberg, and Dylan Holloway. The main thing to take away from the autograph session was how many people showed up. You had Oilers and Flames fans of all ages, but there did seem to be more Oilers fans honestly. Everyone had a smile on their face with so much excitement and buzz. The best part was watching children go up to these players and watching their faces light up meeting their heroes for the first time. You also had Olympic gold medalist Emerance Maschmeyer signing autographs and showing off her Gold Medal.
For the Oilers alumni, you had Ales Hemsky, Kyle Brodziak, Steve MacIntyre, Ladislav Smid, Eric Gryba, Cory Cross, Raffi Torres, Charlie Huddy, Chris Joseph, and Joaquin Gage signing autographs. It was awesome seeing Ales Hemsky in attendance especially as he mentioned to us that this was his first time back in Alberta since he got traded! It was such a joyful atmosphere. Fortunately, we were able to land interviews with Hemsky, Raffi Torres, Dylan Holloway, and Stuart Skinner. Those will be posted as soon as they’re edited! 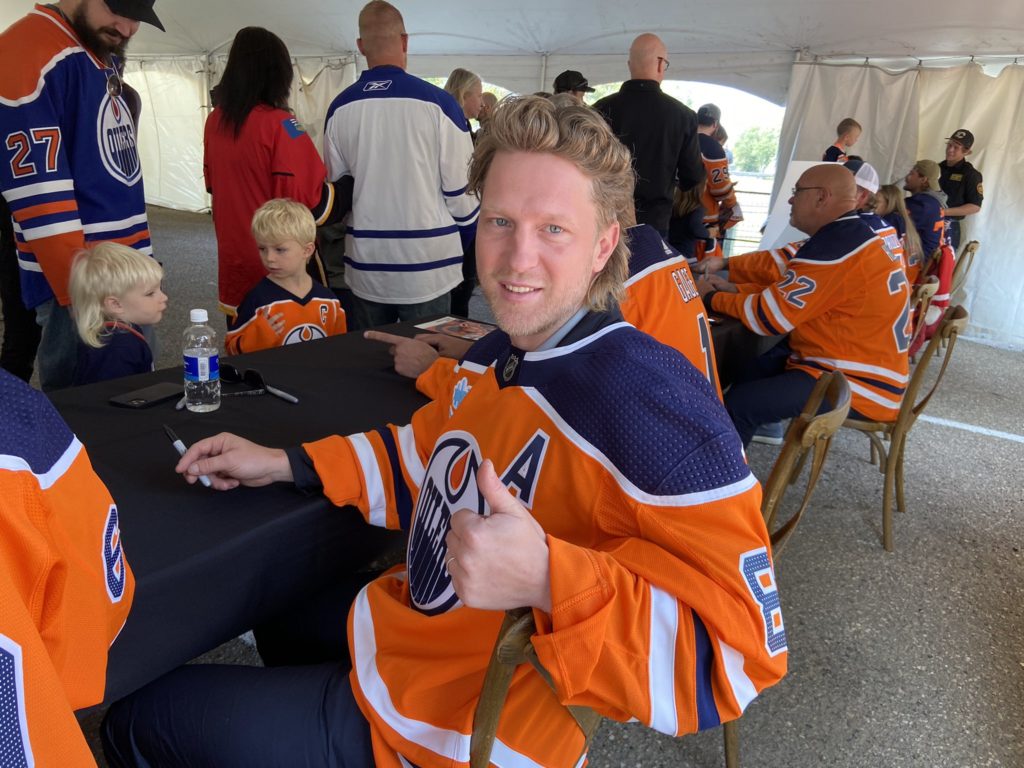 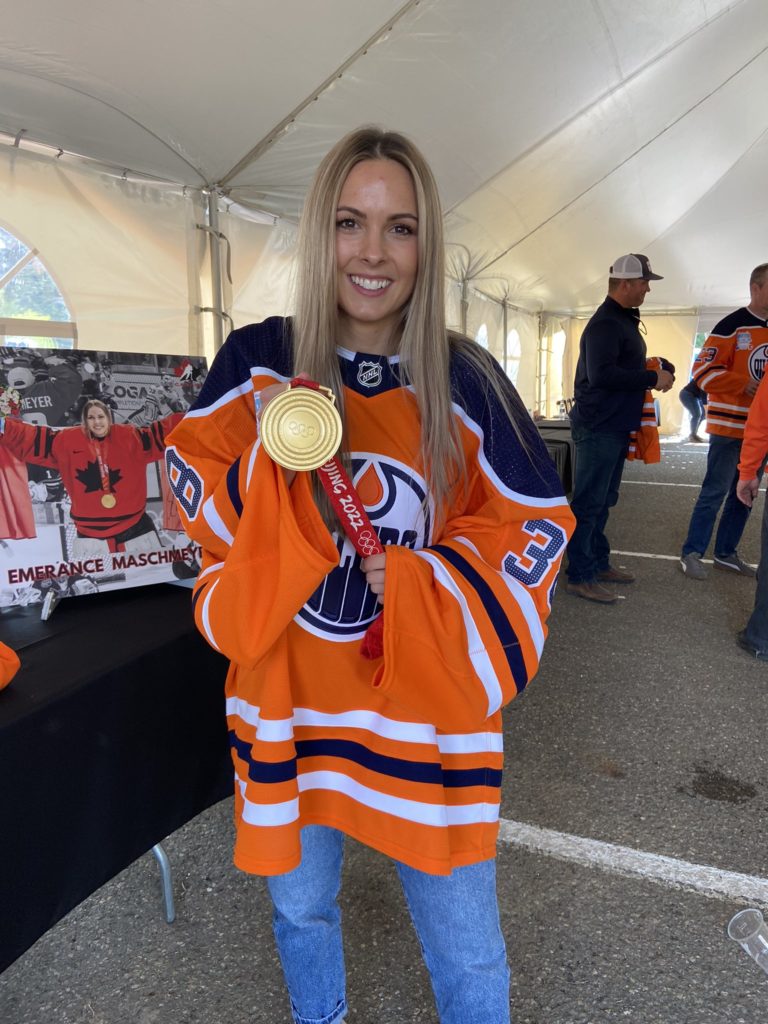 The game started just around 4 pm and the lineups involved all the alumni involved. Emerance Maschmeyer backstopped the Oilers alumni team and to fill the rosters, former players and current players from the Lloydminster Bobcats like Tyson Kowaluk played. Shoutout to Tyson’s billet parents who said hello to us, big Nation Citizens! Prior to puck drop there was a speech made by Carly Pollard, one of the organizers behind the whole event, who also made our lives so much easier throughout the day, so shoutout to her!
The speech was dedicated to Boundary Ford Gives, the charitable initiative behind the event. Then of course you had anthems, a moment of silence for Her Royal Majesty Queen Elizabeth II. Now I don’t have the scoresheet however it was an eventful back and forth which finished 6-6. No shootout or overtime to declare a winner and I think that made perfect sense. The winner truly was everyone involved. the organizers, players, fans and the community of Lloydminster. All the money raised for such a great cause. And just smiles all around from everyone. 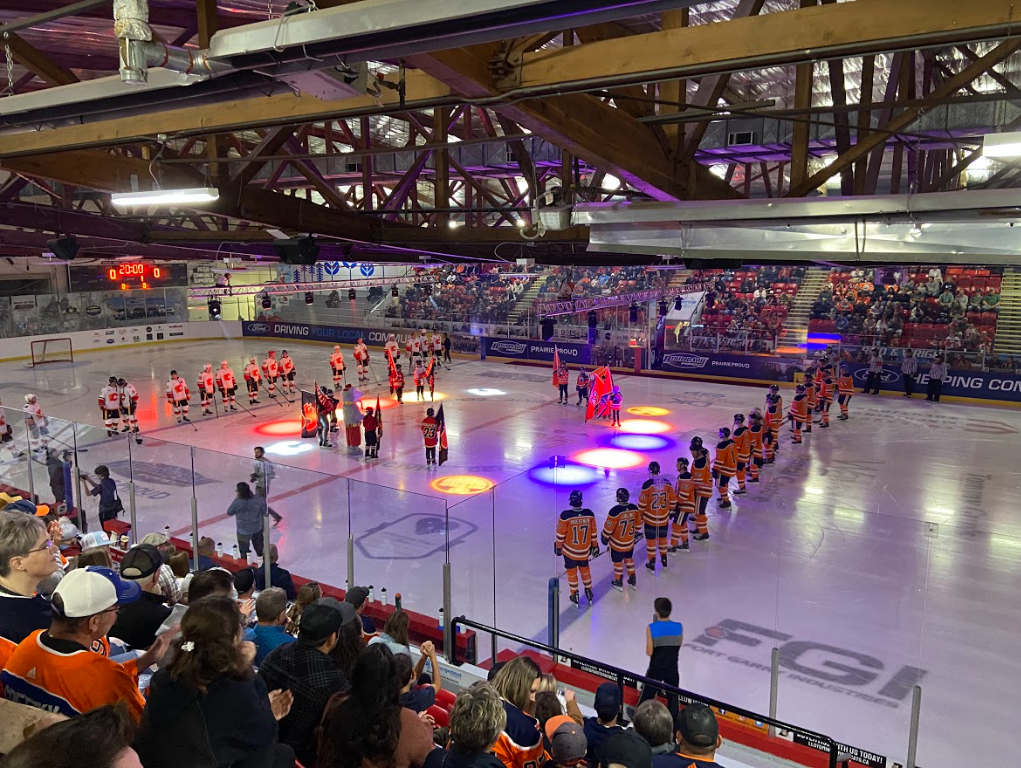 Overall it was a fantastic day for a fantastic cause. For me personally, it took me back to when I was a kid and seeing NHL players for the first time. The kids were just overwhelmed with joy. Also a big shoutout to the supporters of Oilersnation who stopped and said hello to us.
Thank you to Pat Garland and Steve Cassidy for allowing us to be apart of the event and to create content, sharing all the festivities over social media! What a thrill it was to be able to interview current and former Oilers! Lastly, a massive salute to all those who made all of this possible.
We can’t wait for the next Boundary Battle of Alberta!
Oilers Talk
Social Corner
Recent articles from Woz