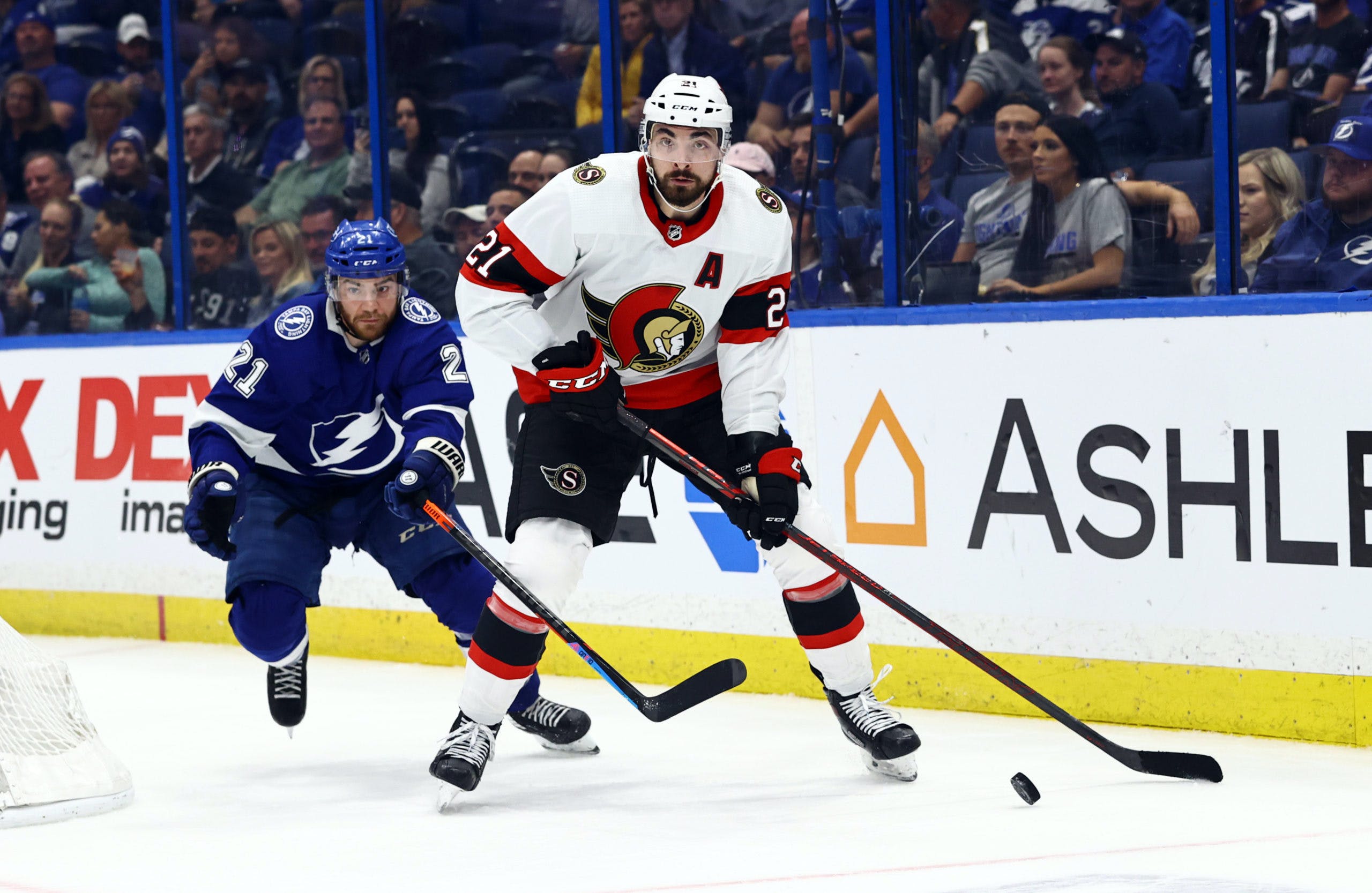 By Zach Laing
8 months ago
Another name has cropped up as a potential trade target for the Edmonton Oilers: Nick Paul.
According to the Ottawa Sun’s Bruce Garrioch, the Oilers are among up to 10 teams expressing interest in the 26-year-old UFA.
Paul rejected the Senators’ final offer of a four-year deal paying him an AAV of $2.5-million, Garrioch reported, adding the player believes his value to be closer to $3.25-million on the open market.
A potential return, Garrioch added, is believed to be a player and a draft pick. Paul is a healthy scratch leading into the deadline as the Senators look to protect the player ahead of Monday.
Standing at 6’3, 225 lbs, there’s some big size in Paul that would be a welcome addition to the Oilers top-nine. Taken in the fourth round of the 2013 draft, Paul has scored 18 points in 59 games this year with the Sens.
His underlying numbers are nothing to write home about. At 5×5 this year with him on the ice, the Sens have controlled 48.93 percent of the shot attempts, 40.32 percent of the goals scored and 47.58 percent of the expected goal share. His on-ice shooting percentage of 6.23 is largely to blame, as is his 97.4 PDO. There’s reason to believe these would inflate if he were on a team not named the Senators.
According to hockeyviz.com, his impacts are truly felt in the defensive zone. At even-strength, he contributes offence at an 11 percent rate below league average, but defence at a six percent rate above league average.
Zach Laing is the Nation Network’s news director and senior columnist. He can be followed on Twitter at @zjlaing, or reached by email at zach@oilersnation.com.
Nation Takes
News
Oilers Talk
Recent articles from Zach Laing