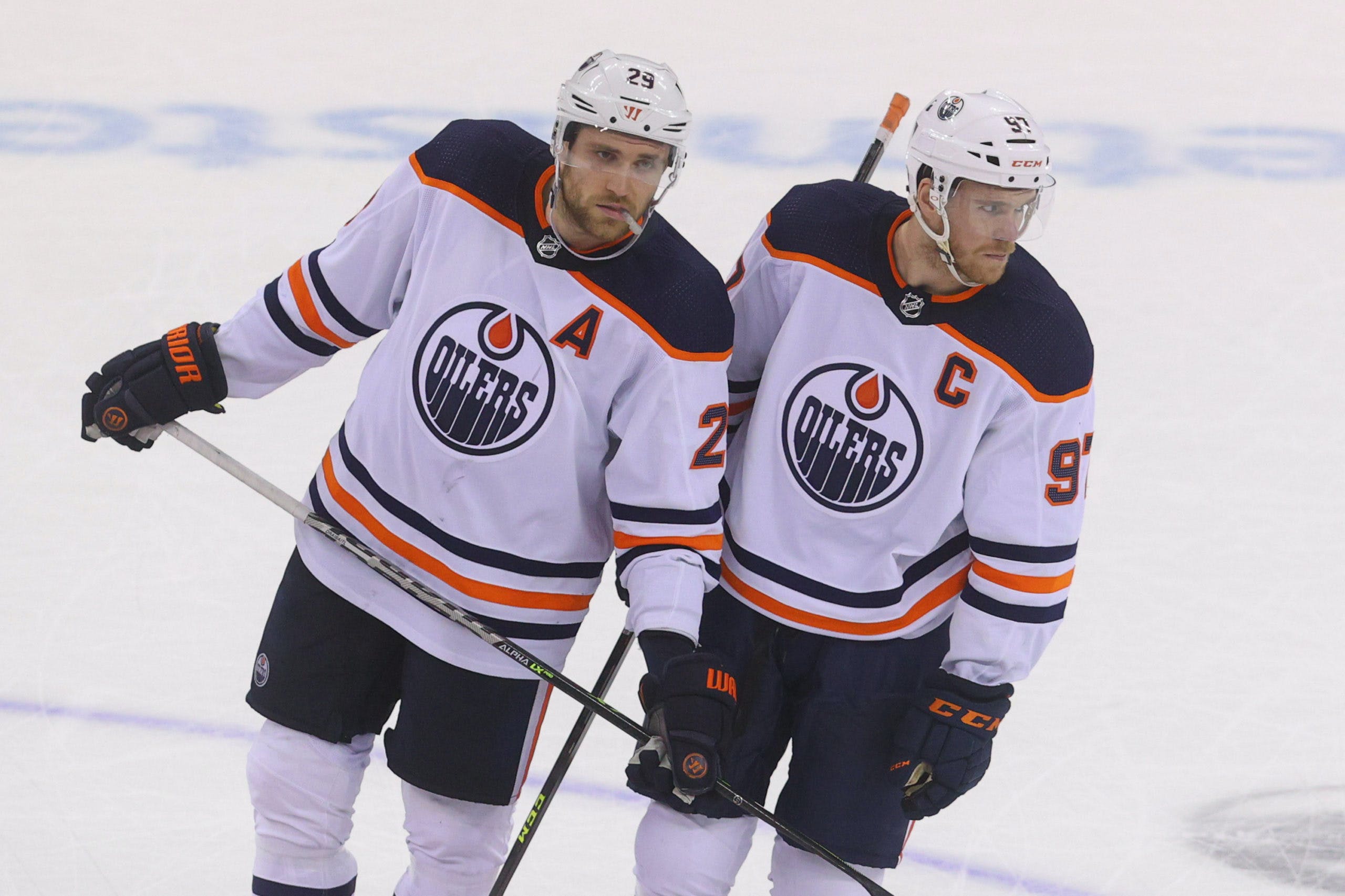 By Zach Laing
4 months ago
As teams around the NHL begin the process of putting sponsors on their jerseys, the Edmonton Oilers don’t appear to have any plans to do so.
This, according to TSN’s Tom Gazzola, who said Tuesday night they won’t be on helmets at home, either.
“As of now, hearing no sponsor on jerseys for this season (this could change) and road helmets will have a sponsor on them but not home helmets,” Gazzola wrote on Twitter.
We began to see teams roll them out this year with the Washington Capitals becoming the first team to do so.
On Tuesday, we got more looks at how they’re being incorporated on jerseys for other teams, too, with the NHLPA Rookie Showcase being held.
I can understand both sides of the argument around the jersey ads. Revenue streams make the hockey world go round and with the way the last two years have been, teams are looking to make back as much money as they can.
In the same breath, the hockey purist in me says these are silly and take away from what the jersey truly means. Semantics for some, but I do believe in the history and significance of the jersey and the team logo.
That being said, I’m happy to see the Oilers not rush into any decision with potential jersey or helmet ads. If they can afford to, I hope they keep it completely away.
Zach Laing is the Nation Network’s news director and senior columnist. He can be followed on Twitter at @zjlaing, or reached by email at zach@oilersnation.com.
Nation Takes
News
Oilers Talk
Recent articles from Zach Laing