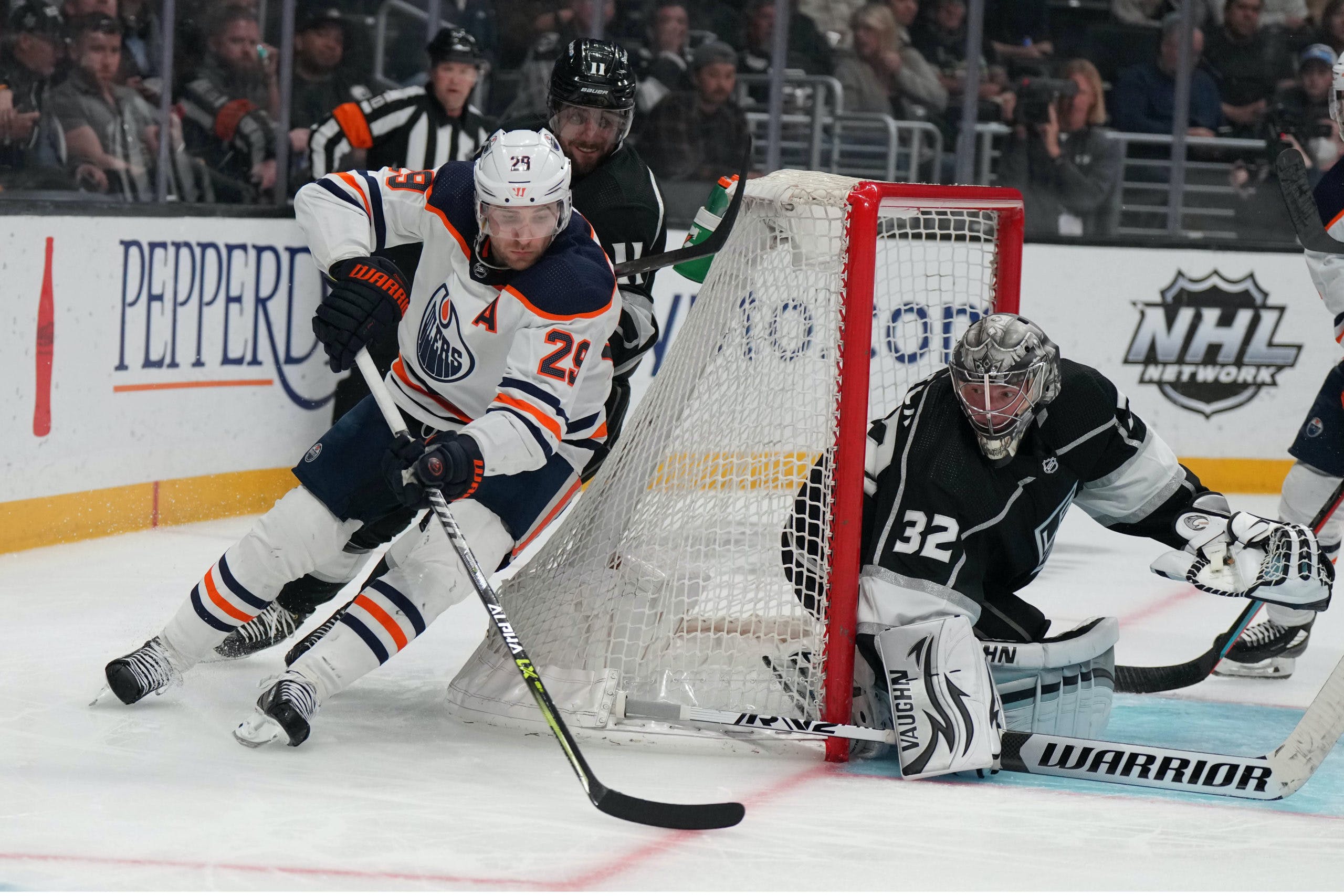 By baggedmilk
8 months ago
In case you were wondering how tough Leon Drasiaitl is, Frank Seravalli tweeted this morning that the former Hart Trophy winner battled through a high ankle sprain in Game 7 in an attempt to get his team into the second round. I’m no doctor but from what I know about high ankle sprains, that could not have been fun.
On Saturday afternoon, Seravalli reported that Leon Draisaitl was battling an ankle injury but that he was expected to play in Game 7 vs the Los Angeles Kings despite missing the morning skate, which is exactly what happened. Despite looking like he had a hitch in his giddyup, Draisaitl went on to play 22:38 on Saturday night and I’m having a hard time figuring out how he did that considering the injuries he’s working through.
So what exactly is a high-ankle sprain? According to the Cleveland Clinic:

A high ankle sprain is when you tear or damage the high ankle ligaments that connect the tibia to the fibula. These ligaments are known as syndesmosis, even though that word refers to the joint itself. You might hear your high ankle sprain called a syndesmotic injury.
Our ankles connect the leg bones to the foot bones. There is an upper ankle and a lower ankle. The upper ankle is the tibia and fibula. In between the upper ankle and lower ankle is the talus, which fits into the arch of the other two bones.

Needless to say, that doesn’t sound very fun and my brain is struggling to comprehend how the guy is playing hockey under these conditions.
So what happens now? If Leon is indeed fighting through a high-ankle sprain, you have to wonder how effective he can possibly be considering the pain it’s probably causing him just to stand on his own two feet. Would it make sense to rest him for a game or two as Seravalli suggested in his tweet to see if the situation improves? Would Draisaitl even let that happen?
All I know for sure is that the Oilers will need Draisaitl to be available if they play to get through this second-round series against the Calgary Flames, but if Frank is right here and I assume he is, we could be in for some very interesting (read: terrifying) roster decisions over the next few days.