The Caleb Jones trade, a year and a half later 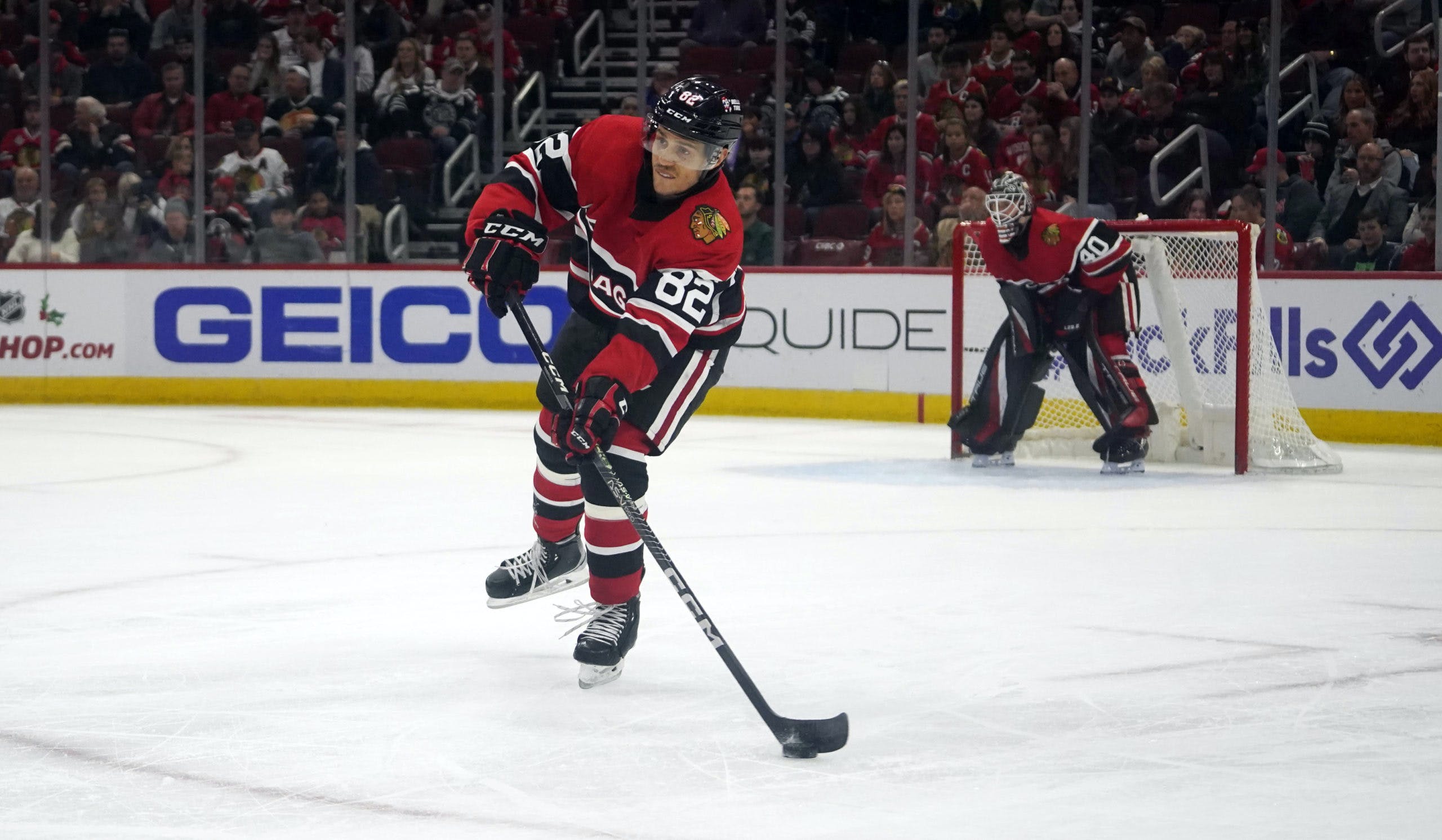 By Zach Laing
1 month ago
Time sure flies, hey?
It’s hard to believe it’s been 506 days since the Edmonton Oilers traded Caleb Jones because frankly, it feels like just yesterday.
The Oilers drafted Jones in the 4th round of the 2015 draft, and his development was quicker than I ever recall. After his draft he spent two seasons with the WHL’s Portland Winterhawks where he provided tons of offence from the backend.
He spent the 2017-18 season with the AHL’s Bakersfield Condors and in 2018-19, he got his first shot in Edmonton. He appeared in 17 games with the big club scoring a goal and six points, but spent the majority of that campaign munching minutes with the Condors.
In the pandemic-shortened 2019-20 season, he split time again between the two clubs. This year, however, he saw most of his time in Edmonton. 43 games, three goals, 11 points.
Jones’ time in Alberta came to an end after 33 games in the 2020-21 season, when the Oilers traded him to the Chicago Blackhawks as part of a package deal for Duncan Keith.
I was always a fan of Jones’ game. While he wasn’t a big body, or overly physical, he was a good puck-mover who had surprisingly good underlying numbers. He virtually broke even in shot attempt share, and posted positive expected goal numbers compared to that of his teammates.
His final year in Edmonton saw his shooting percentage drop to 6.08 percent and his on-ice save percentage to .898 percent — both numbers well below average. Since the Oilers don’t understand these at all, it makes sense that he was traded after a down year.
Jones has remained in Chicago where his older brother Seth has joined him. In 2021-22, he scored five goals and 15 points in 51 games and having a breakout campaign this season.
He’s seen his ice-time tick up three minutes over his career average and a minute and a half over last season. He’s drawn in for 18 games scoring a goal and nine points and he’s posted some of the strongest possession rates on a bad Blackhawks team.
Tonight, the Oilers will see Jones for the fifth time since they traded him away. In the previous four, Jones has scored three assists.
As a whole, however, Jones was a representation of some of the good things that happened in Edmonton during the Peter Chiarelli years. Despite trading picks for Griffin Reinhart and beyond taking Connor McDavid first overall, the Oilers took Jones in the fourth round, Ethan Bear in the fifth round and John Marino in the sixth round. All three of them have gone on to play over 550 NHL games already.
Featured
Nation Takes
Oilers Talk
Recent articles from Zach Laing