RFA Profile: By the end of his entry-level contract, Ryan McLeod is already a legitimate NHL regular 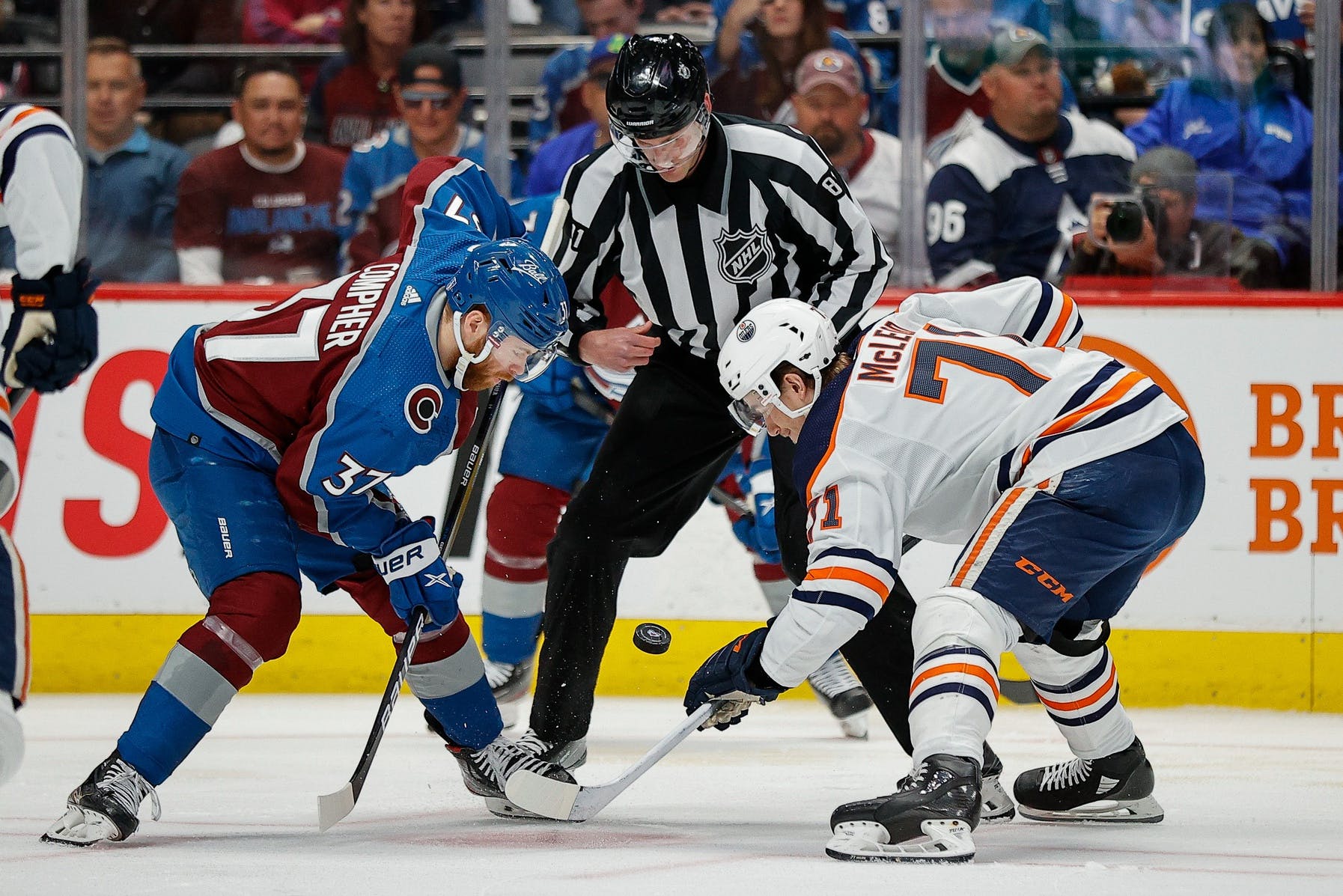 By Cam Lewis
5 months ago
One area where the Edmonton Oilers have struggled in recent years has been finding quality players in the second round of the draft.
This was something that especially plagued the Oilers during the Decade of Darkness rebuilding days. Along with their picks at the top of the first round, the Oilers also had high second-round picks that represented prime opportunities to stock the organization with quality depth. Unfortunately, Edmonton’s successes in the second round have been few and far between.
Jeff Petry is easily the best second-round pick the Oilers have had in the salary cap era but most of his success in the NHL has been with another organization. Tyler Pitlick developed into a quality depth NHLer, but, like Petry, most of his NHL career has been with other teams. Those two are the standouts, while Anton Lander and Martin Marincin maxed out as bottom-of-the-roster players, and the likes of Curtis Hamilton, Mitch Moroz, David Musil, and Marc-Olivier Roy combined to play just a handful of NHL games.
Ryan McLeod, Edmonton’s second pick from the 2018 draft at No. 40 overall, seems to be bucking this trend. Now at the end of his entry-level deal, McLeod has already established himself as a legitimate NHL regular. The question now is how much more room his game has to grow and that he can be for the organization long-term. 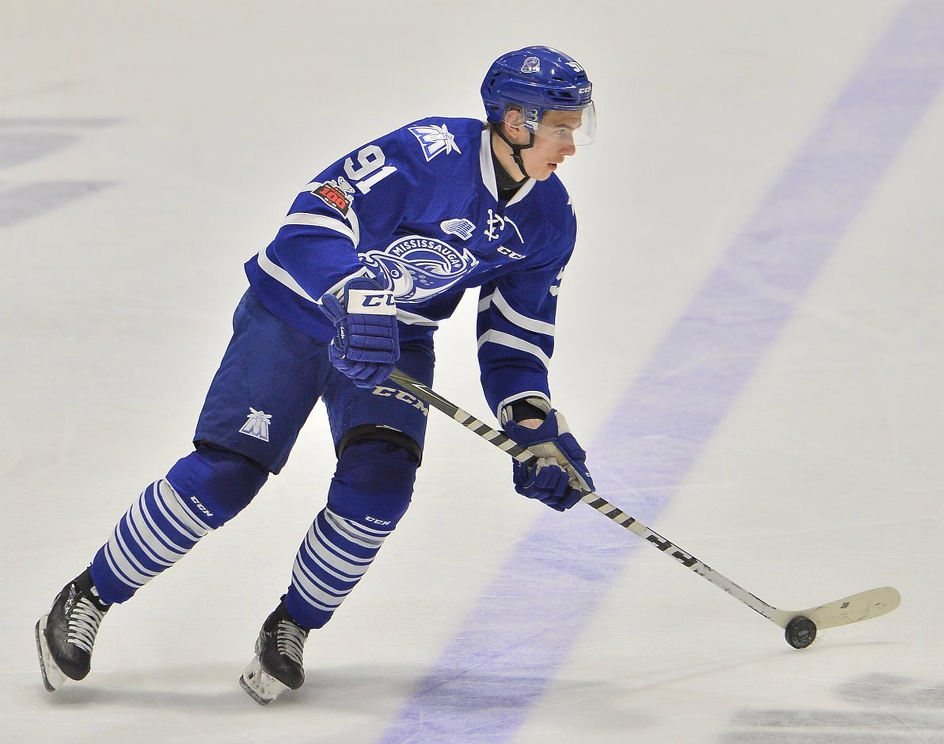 The story so far…

McLeod was touted as a top prospect early in his career. He was the best player on the U16 Toronto Marlboros, finished second in GTHL scoring, and wound up getting selected third overall in the 2015 OHL Priority Draft.
He scored 20 points in 62 games for the Mississauga Steelheads in his rookie season and then scored 42 points in 68 games the following season. As a late September birthday, McLeod got a third OHL season before he was eligible for the NHL draft.
After scoring 20 points in 20 games for the Steelheads in the 2017 playoffs, McLeod appeared poised for a breakout in his draft season. McLeod wound up scoring 26 goals and 70 points over 68 games in 2017-18, good-not-great production for his age, and he came into the draft labeled by scouts as a player with a lot of skill who ultimately didn’t produce at a high level because he was passive in the offensive zone.
Corey Pronman of The Athletic had McLeod ranked as his No. 26 pre-draft prospect, and said…

“Few forwards, never mind centers, in this draft have his profile of size, speed, skill and IQ. Too often though, once inside the zone, he can be passive, not looking to make quick plays to net and preferring to be stationary. There are questions about his physical game and how he’ll be able to win battles and get inside versus pros.”

McLeod fell lower than widely expected and the Oilers grabbed him on the second day of the draft at No. 40 overall.
Through his first two seasons after being drafted, McLeod continued to live up to that label as a player who didn’t produce at as high of a clip offensively given what you’d expect from a player with his skillset. He scored 62 points across 63 games in the OHL and then put up 23 points in 56 games in his rookie season in the AHL.
It wasn’t until the 2020-21 season that we started to see McLeod break out offensively. While North American hockey was paused due to COVID-19, McLeod went overseas to play EV Zug in Switzerland. In 15 games McLeod chipped in 11 points, impressive production given his age and unfamiliarity with the league. He then returned to North America to join the Bakersfield Condors and produced 28 points in 28 games, a significant jump from his rookie season.
Though Cooper Marody and Tyler Benson were older and were producing more offensively, the Oilers called up McLeod from the Condors in April of 2021 because his speed and defensive play could help the team in a checking role. He got into 11 regular-season games and showed enough that he played in all four playoff games in Edmonton’s first-round series with the Winnipeg Jets.
An injury to Devin Shore in training camp helped McLeod earn a spot on the team’s opening night roster. He played in Edmonton’s first three games of the season, logged 6:21, 5:23, and 7:18, and got sent back down when Shore was activated from the Injured Reserve. McLeod played seven games for the Condors before getting called back up to the big leagues in November.
McLeod stuck with the Oilers for the rest of the season and it’s pretty safe to say he won’t be taking another trip down to the minors.
He scored nine goals and 21 points over 71 games in his first full season in the league and added three goals and an assist during the team’s playoff run. When Jay Woodcroft took over behind the bench, we saw McLeod’s role increase on the team as he started to play on both the power-play and penalty kill and he was used as a winger on Edmonton’s two scoring lines.
McLeod took major strides over the course of the season and he was rewarded for his play. He came into the season battling for a roster spot and by the time the playoffs rolled around he was the centre of a third line that could go out and beat its opponents. If he continues to perform, McLeod’s role on the team will grow. 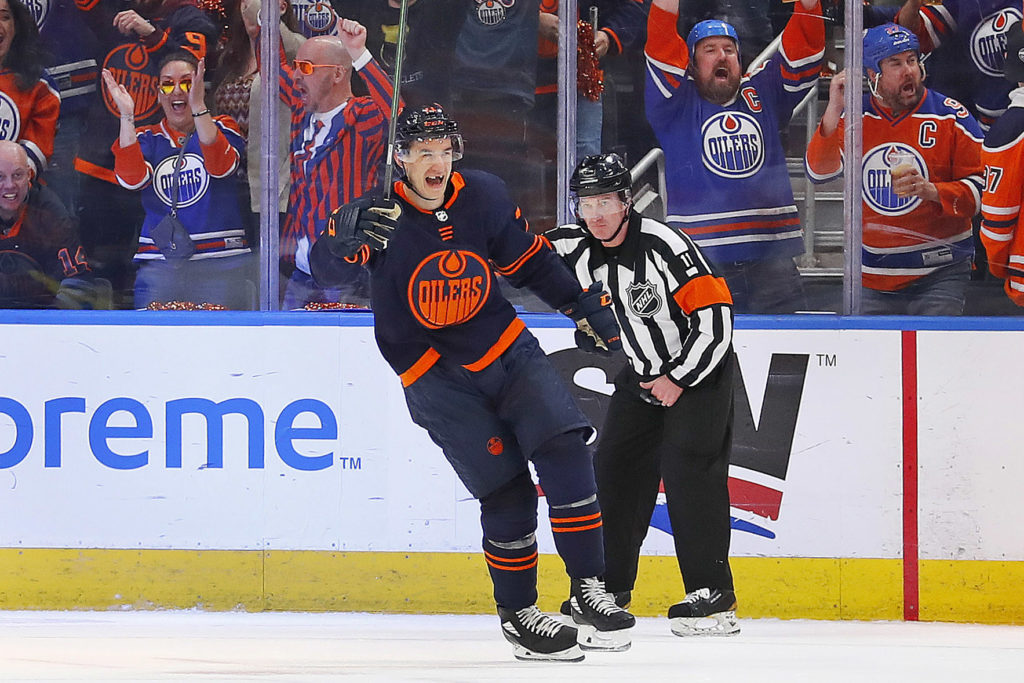 May 4, 2022; Edmonton, Alberta, CAN; The Edmonton Oilers celebrate a goal by forward Ryan McLeod (71) during the second period against Los Angeles Kings in game two of the first round of the 2022 Stanley Cup Playoffs at Rogers Place. Mandatory Credit: Perry Nelson-USA TODAY Sports

What’s next for McLeod…

At this stage, McLeod has established himself as a player who can contribute in a checking role at the NHL level and the Oilers can very comfortably go into the 2022-23 season with him as their third- or fourth-line centre. But McLeod also showed flashes this year that remind us why he was projected to be a first-round pick, as he boasts the physical skill and hockey IQ to be a top-six forward, either as a two-way pivot or as a speedy winger.
McLeod will be a restricted agent for the first time in his career this summer as his entry-level deal has come to an end. The obvious path forward here is a bridge contract in which McLeod will have two seasons to establish himself at the NHL level. By the end of a two-year contract, we’ll have a much better idea of who McLeod is as a player and whether he’s developed into a long-term piece for the team moving forward.
Remember, development isn’t always linear. Kailer Yamamoto came up in the final year of his entry-level contract and appeared to have solidified himself as a top-six NHL contributor after scoring 26 points in 27 games playing alongside Leon Draisaitl and Ryan Nugent-Hopkins. Yamamoto struggled the following season and didn’t really find his footing until the latter half of 2021-22. With that in mind, it’s important to temper expectations for next year.
It’s difficult to say what’ll happen with McLeod, but, at the very least, the Oilers have internally developed an NHL contributor with a second-round pick. In the salary cap world, teams need to be able to turn draft picks outside of the first round into contributors, so McLeod has already been a win for the organization. It’ll be interesting to see if McLeod goes from being a quality, cheap, young contributor to a core player for the Oilers.