Sam Gagner played his 1000th NHL game last night. It should’ve been with the Edmonton Oilers. 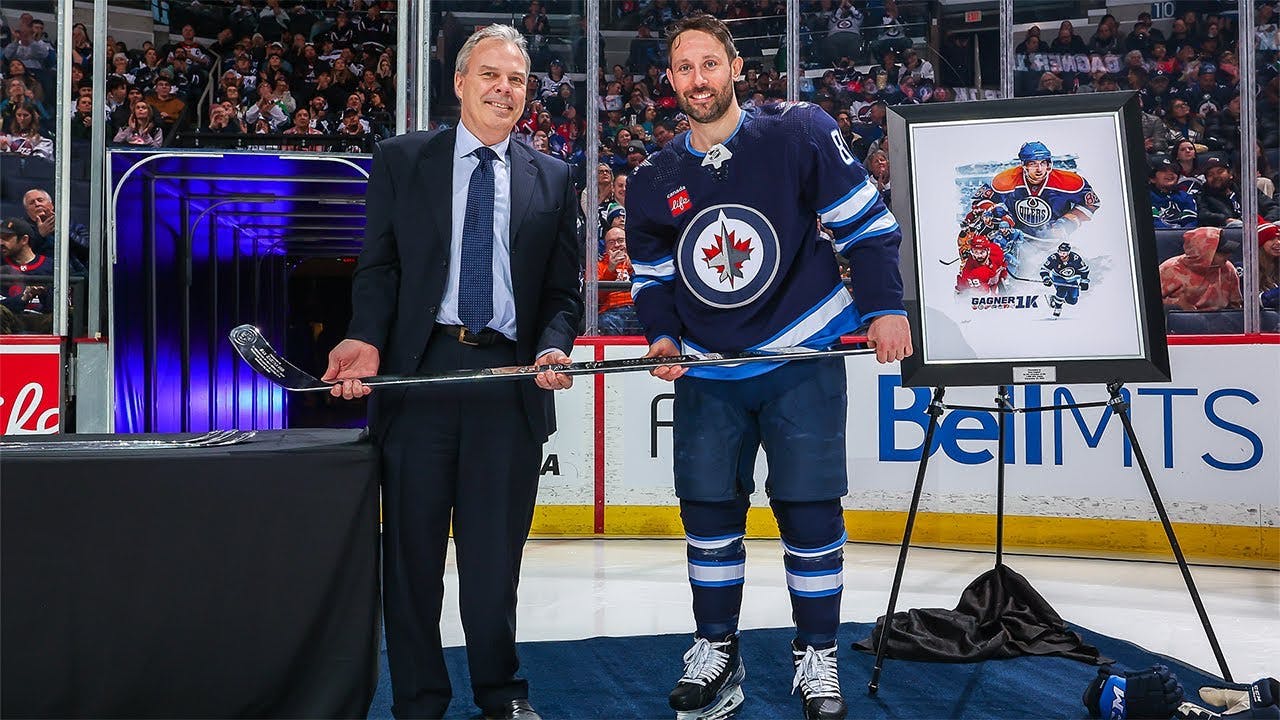 By Zach Laing
1 month ago
For 1000 games, Sam Gagner has always had to change his.
Drafted by the Edmonton Oilers in the first round of the 2007 draft, the kid from London, Ontario packed his bags and moved to Alberta’s Captial. He broke into the league as a rookie scoring 13 goals and 49 points in 79 games and while his own game may not have fully been NHL-ready, the Oilers didn’t have much choice.
They were coming off a treacherous 2006-07 season out of the lockout that saw them trade Chris Pronger ahead of the season, and Ryan Smyth in season. The Oilers needed someone they could trot out to the market to try and signal a new era, and Gagner was the one.
For the fans, it was someone new to cheer for. Someone they felt they could build around. Someone who offered some hope after a season of despair.
Gagner was everything and more for the Oilers. He wasn’t an award winner, nor was he a huge point producer. But boy, was he ever consistent. During his first stint with the Oilers which lasted until 2014, he scored .63 points per game and enjoyed some of the most successful seasons of his career.
Come the 2013-14 season, the Oilers found themselves in a precarious position. They had accumulated a wealth of high-end talent with guys like Linus Omark, Nail Yakupov, Jordan Eberle, Ryan Nugent-Hopkins, Taylor Hall and Gagner. The Oilers felt the need to add some size to this group of smaller, skilled forwards, and Gagner was the odd man out.
On June 29th, 2014, the Oilers traded him in a three-way deal with the Tampa Bay Lightning and Arizona Coyotes that saw Gagner head to the desert and Teddy Purcell to arrive in Edmonton from south Florida.
It kicked off a near-decade of turbulence for Gagner that saw him bounce around from Arizona to Philadelphia, to Columbus, to Vancouver, back to Edmonton, then to Detroit and most recently, Winnipeg. It’s been a busy nine years for Gagner, but the truth of the matter is that he should’ve played his 1000th game with the Oilers.
Say what you will about Gagner’s early time in Edmonton — because there were more than enough doubters — but he’s etched himself a very productive career. Every step along the way, he’s played in different roles. In Arizona, he played over 17 minutes scoring 41 points in 81 games as a top-six producer. With the Flyers, Blue Jackets and Canucks, Gagner transitioned his game to a bottom-six role where he was still able to produce at a half a point per game clip.
Gagner returned to Edmonton as part of the Ryan Spooner trade, and it was the homecoming he deserved. He was nothing short of a good solider for the Oilers even when he returned. He appeared in 61 games between the 2018-19 and 2019-20 seasons and once again, in an effort to balance out the Oilers roster, he fell a casualty. The Oilers traded him, as a cap-clearing move, to acquire Andreas Athanasiou from the Detroit Red Wings.
We all know how that went.
Gagner enjoyed success there for two and a half seasons and ahead of this season, there were reports that surfaced the Oilers wanted to bring him back on a professional tryout. It never materialized as the Winnipeg Jets swooped him signing him to a one-year deal with a $750,000 cap hit. While depth players aren’t often looked at as key players, Gagner has been just that for the Jets this year. He’s scored six goals and 11 points in 33 games this season playing largely as a bottom-six player.
Even with that, Gagner has slid up the Jets’ lineup due to injury and produced well in a top-six role for Winnipeg. The Oilers, meanwhile, could use a player just like that. Someone who can still produce offensively while having the defensive chops to keep the puck moving in the right direction.
It’s largely been a lot of unforced errors on the Oilers’ part that kept him from being an Oiler. Purcell was a fine player for the Oilers, but he had his fair share of struggles in the year and a half in Edmonton. Athanasiou, well, that was an unmitigated disaster for the Oilers not only moving the liked-by-all Gagner but also in dealing two second-round draft picks for someone who played just 13 games in an Oilers uniform.
It was a no-brainer for the Oilers to have just signed Gagner this offseason. He makes less money than Devin Shore, and Ryan Murray, as well as Seth Griffith and Greg McKegg — both of whom got two-year deals at $762,000 this offseason.
Let’s hope the Oilers do right by him and bring him back to retire with the team.
Zach Laing is the Nation Network’s news director and senior columnist. He can be followed on Twitter at @zjlaing, or reached by email at zach@oilersnation.com.
Featured
Nation Takes
Oilers Talk
Recent articles from Zach Laing