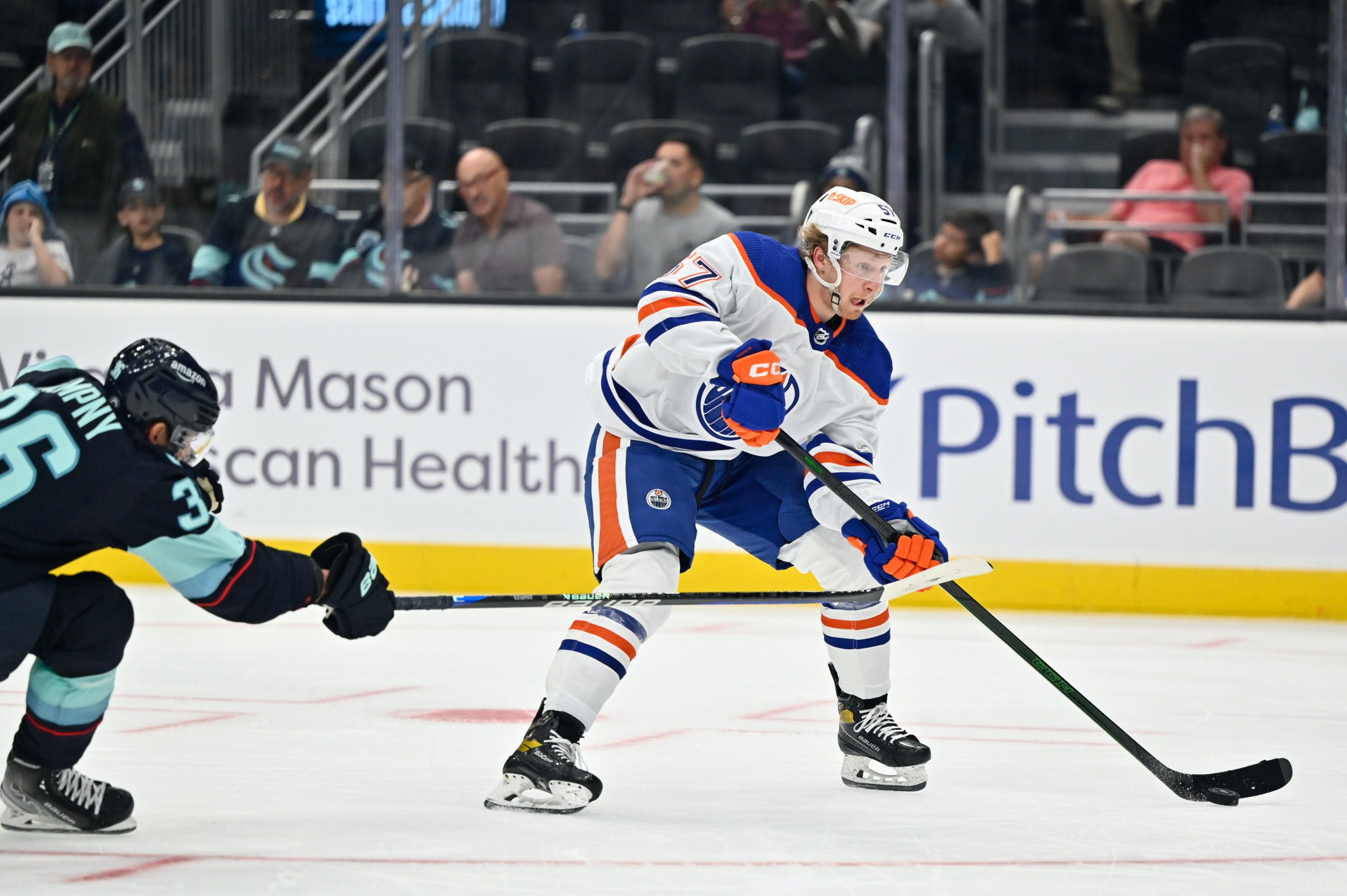 By Zach Laing
2 months ago
The NHL’s Department of Player Safety has levied a two game suspension against Seattle Kraken forward Jacob Melanson for an illegal hit to the head.
Melanson, 19, clipped Edmonton Oilers forward James Hamblin in the head with an elbow during the second period of a Monday night game.
As Hamblin chipped the puck along the boards through the neutral zone and moved to the inside of a Kraken defender, Melanson came from behind and moving in front of Hamblin catching him with a high hit.
“After the puck is gone, Melanson initiates a high hit making the head the principal point of contact on a hit where such head contact was avoidable,” the Department said in a statement. “It is important to note that both elements of the illegal check to the head rule are satisfied on this hit.
“First, the head is the main point of contact as Melanson’s shoulder makes contact with Hamblin and it is the head that absorbs the majority of the contact from this hit.
“Second, the head contact on this hit is avoidable. Melanson choose an angle of approach that cuts across Hamblin’s body missing his core and picking his head.
“If Melanson wants to deliver this hit, he must stay low and choose an angle that is a full body check through the shoulder or chest, instead of one that makes the head the main point of contact.”
Hamblin left the game, but eventually returned and played the remainder of the game.
Nation Takes
News
Oilers Talk
Recent articles from Zach Laing