Since being asked why he’s pissy, Edmonton Oilers forward Leon Draisaitl has been on a tear 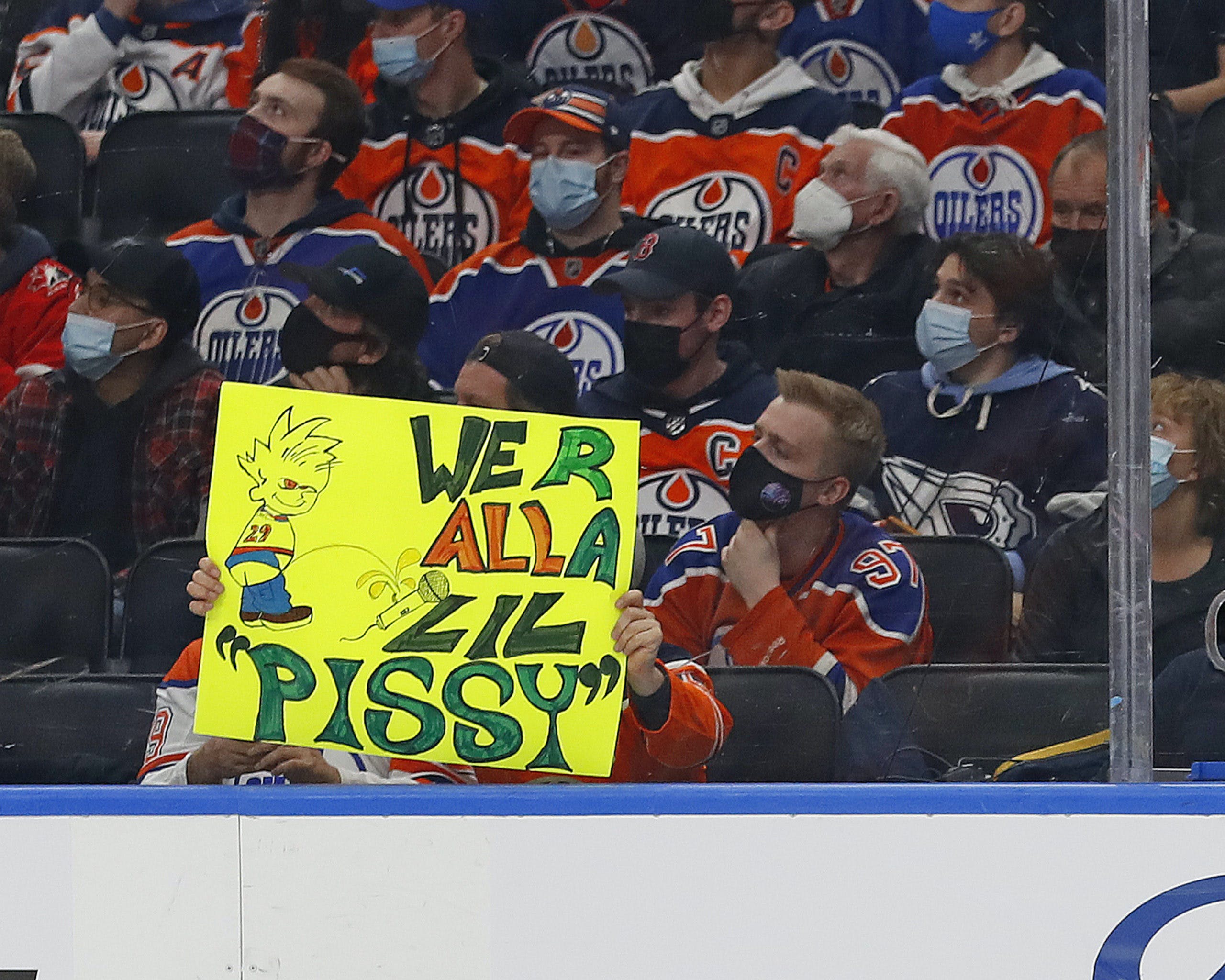 By Zach Laing
1 year ago
It’s been a little over two weeks since Leon Draisaitl was asked why he was so pissy.
Since then, he’s played in seven games and the Oilers have been red hot. They’ve gone 5-1-1 in what has been a massive turnaround from a real tough stretch.
In those seven games, Draisaitl has posted some solid numbers. He’s scored six goals and three assists with his nine points two more than any Oilers player. He’s contributed 4.69 individual expected goals, two more than any other Oilers player.
His 63.61 shot attempt share percentage is 13.61 percent higher than the average Oilers forward. His 56.25 goals for percentage is 4.53 percent higher than the average Oilers forward. His 66.05 expected goals percentage is 14.56 percent higher than the average Oilers forward.
Simply put, Leon has looked like Leon and it comes at the perfect time. Edmonton is no doubt a better team when Leon is at his best. Over the Oilers’ stretch of 16 games between the beginning of December and Jan. 22 that saw the Oilers only win three games, Draisaitl scored just six goals and 14 points.
Sure, near-point-per-game production is great for almost any player, but Leon Draisaitl isn’t any old player. In the three years prior he’s scored at a .6 goals per game pace and nearly a 1.5 points per game pace.
Draisaitl is off to the all-star game alongside Connor McDavid and the pair will certainly be looked to when they return to stay hot. The Oilers captain has scored seven points in the last seven games, and it would be a surprise to see him get hot too. The splits are interesting.
There’s no massive jump for McDavid in terms of his production, but he sees a slight uptick in his goal production. Draisaitl, meanwhile, see’s a more significant uptick in his goal scoring. That’s important for this Oilers club, and especially if the Oilers choose to keep McDavid and Draisaitl on separate lines, as they should.
It’s a tight, and important stretch of games coming up for the Oilers here. Edmonton plays 39 games, the fourth most games left this year, and they play them in only 80 days.
Edmonton’s in a good spot right now, too. With their recent 5-1-1 run, they sit just three points out of a wild card spot and eight back of the Pacific Division lead. Let’s see what they can muster.
Zach Laing is the Nation Network’s news director and senior columnist. He can be followed on Twitter at @zjlaing, or reached by email at zach@oilersnation.com.
Nation Takes
News
Oilers Talk
Recent articles from Zach Laing