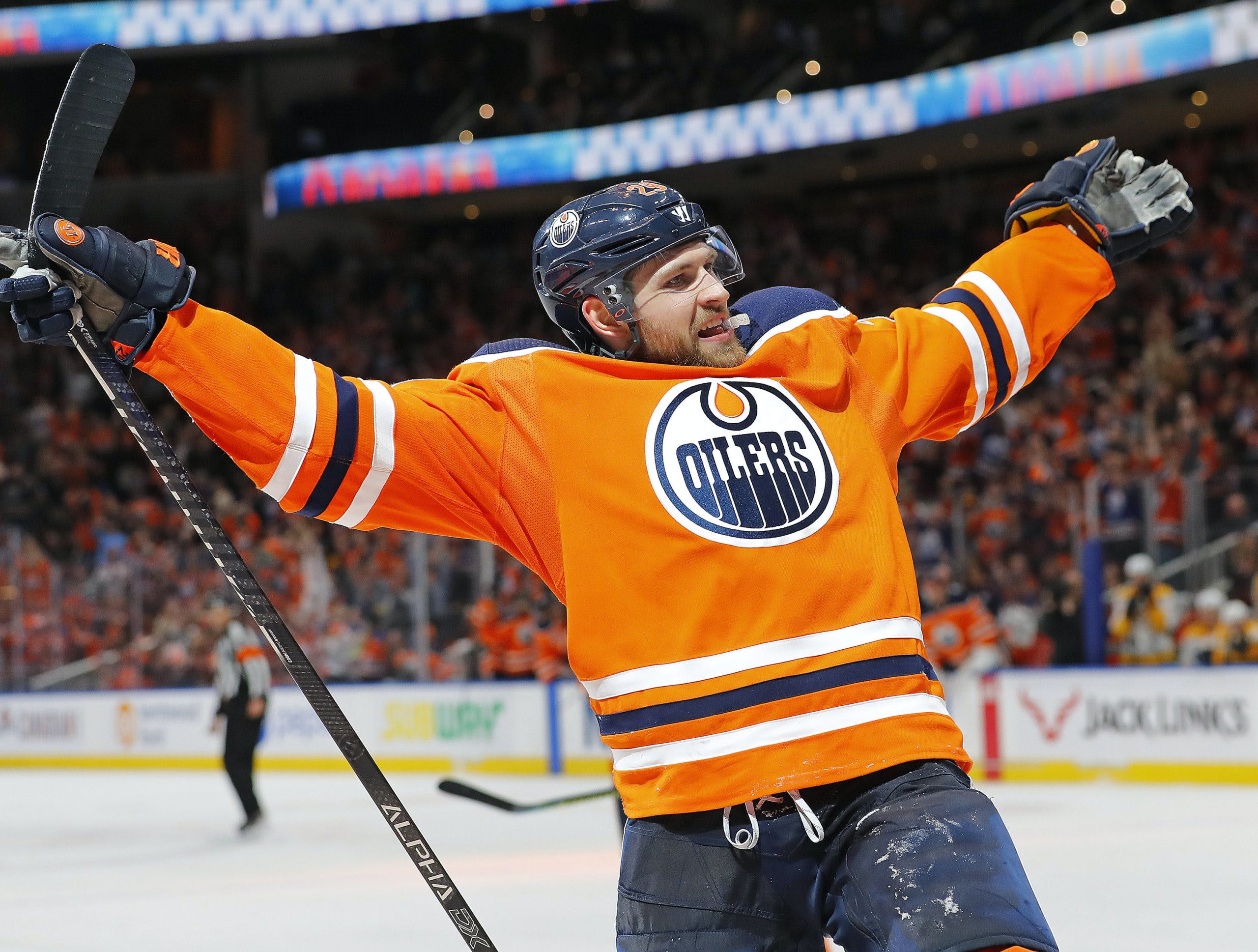 By Robin Brownlee
1 year ago
August 16 has always been significant to me. Not just because it’s the date Elvis and Babe Ruth died, but because it happens to be my birthday. It became a lot more important for me in 2006 when my son Sam was born on my 48th birthday. Today, we’re celebrating 63 and 15. I’ve told our story before, so I won’t repeat it here.
All that aside, August 16 is also the date in 2017 the Edmonton Oilers inked Leon Draisaitl to an eight-year contract extension worth $68 million, for an AAV of $8.5 million. The new contract came following a 2016-17 season in which Draisaitl tallied 29-48-77 in 82 games, representing his best totals to that point in his career — emphasis on “to that point.”
I thought it was a $1 million overpay by GM Peter Chiarelli back then and so did many of you, although there was a reasonably even split of opinion if you leave out the chirping and banter generated by trolls from down the road in the City of Cows. There are lots of comments on both sides of the deal in the archives.
I thought this comment, by Ed from Edmonton, was telling — complete with a peek at what was to come. “I might be the biggest LD booster around and will suggest that the $8.5M will seem like a bargain in two years. A top 10 scorer in his 1st full season in the NHL (remember he started the previous season in the AHL) is rarely accomplished. His performance in the playoffs, for the two rounds, was Smythe-worthy.” 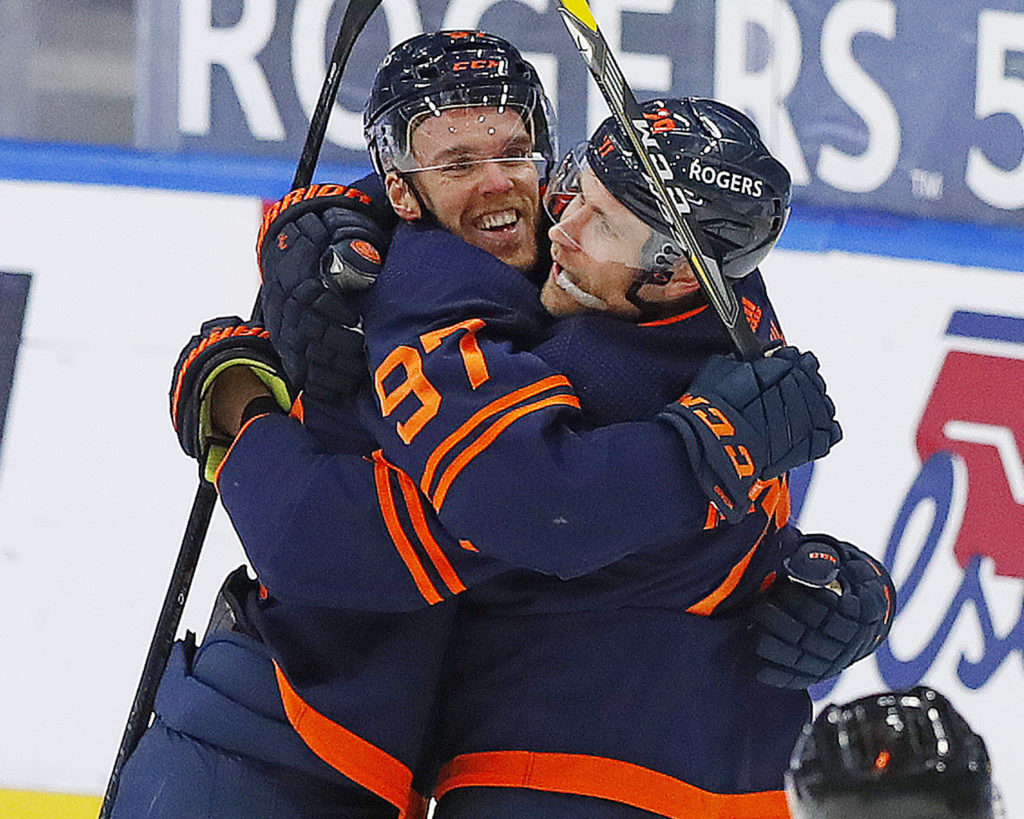 May 8, 2021; Edmonton, Alberta, CAN; Edmonton Oilers forward Connor McDavid (97) celebrates his 100th point of the season on a goal by forward Leon Draisaitl (29) against the Vancouver Canucks at Rogers Place. Mandatory Credit: Perry Nelson-USA TODAY Sports
Connor McDavid, who signed his eight-year extension for $100 million on July 5, 2017, which is a ridiculous bargain at a $12.5 million AAV, made the Draisaitl deal possible by leaving money on the table. Today, the $21 million McDavid and Draisaitl draw in salary per season is the best package deal I can think of. Is there another that comes to mind for you?
After putting up 25-45-70 in 2017-18, Draisaitl scored 50 goals and had 105 points in 2018-19. The encore came in 2019-20, when Draisaitl not only surpassed 100 points again with 43-67-110 but claimed the Hart Memorial Trophy as the league MVP and the Art Ross Trophy as the NHL’s scoring leader. All this we know.
The bottom line is there isn’t a better one-two punch in the league than the one the long-gone Chiarelli orchestrated. The problem in terms of getting the Oilers over the top has been building a team around McDavid and Draisaitl with what’s left of the payroll that can become a legitimate contender. That’s an ongoing saga.
For today, it’s a rare tip of the cap to Chiarelli for setting the foundation of this franchise with the inking of McDavid and Draisaitl, with the second half of that combination coming on August 16. That’s more than enough reason for Oilers’ fans to celebrate today while Sam and this old man mark 63 and 15. Happy birthday, son.