The Best Oilers Storylines So Far This Season By Woz
7 days ago
As we move into the second half of the season, let’s take a look back at some of the best storylines surrounding the Edmonton Oilers that have happened so far. For this article, I took your answers from Instagram, Twitter and Facebook!

Gary on Facebook is the first to mention Klim Kostin! Originally when Edmonton traded Dmitri Samorukov for him, I had no idea what to expect from Klim. Within a matter of weeks, Kostin has become a fan favourite. Not only for his play on the ice but his interviews with the media. He brings a unique energy to the Edmonton Oilers locker room that we haven’t seen in a long time and it feels. He’s not afraid to speak his mind, he shows love to his teammates in practice and stands up for them when need be. Now let’s hope the Kostin hype train keeps going! We love you, Klim Shady! 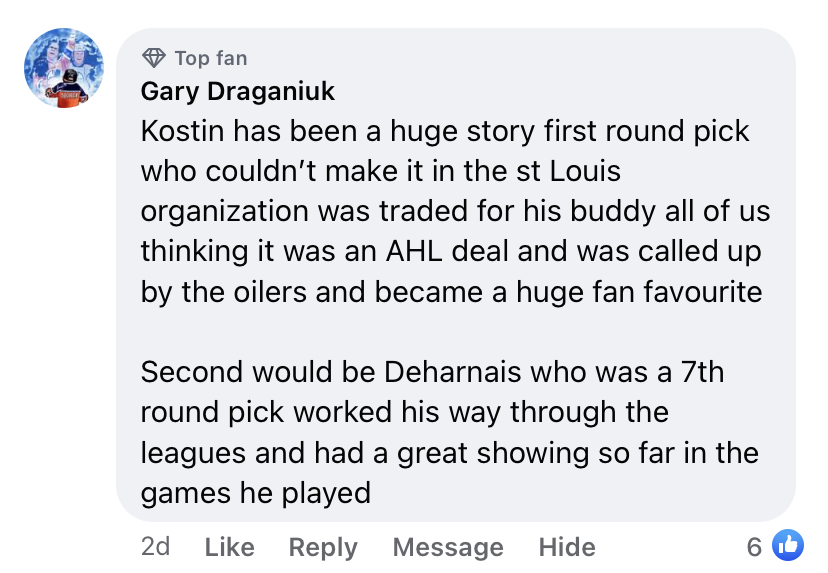 Ryan mentions how Stuart Skinner is the best story. While Skinner’s GAA isn’t perfect at a 2.96. He does have the best save percentage among Pacific Division goalies with a .914%. Arguably the most important Oiler this season not named Connor McDavid or Leon Draisaitl.

Love this from Dylan about Connor McDavid. One of the interesting aspects about Connor I find is that he’s become more unpredictable. His hands and speed were always a nightmare for defenders but now his shot has become another powerful weapon in his arsenal. He also mentions how promising the 3rd line has become for the Oilers. 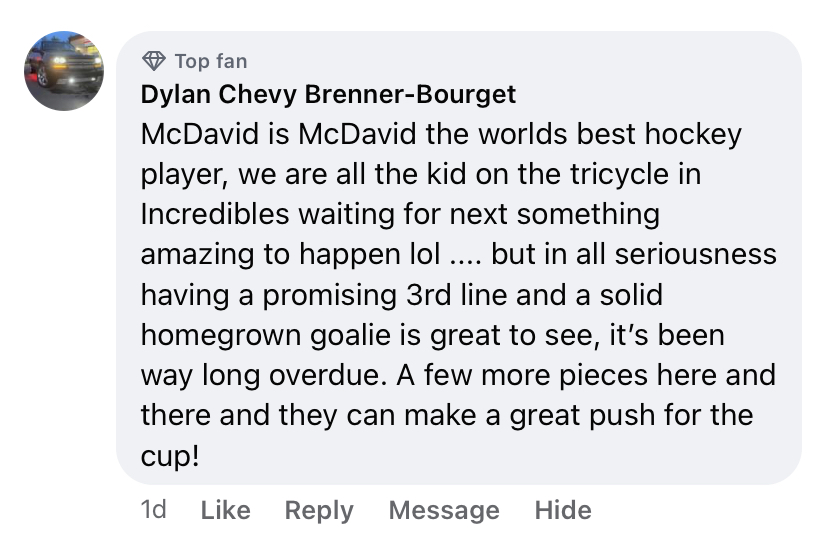 Oileaf13 on Twitter with more Klim Kostin love. Some have mentioned his production is unsustainable, let’s just enjoy what we’ve got from Klim so far. Appreciate that we have this character on our hands who’s been productive, physical, and hilarious. We’re sticking with the Klim Shady nickname, right?!
How about Vinny Desharnais? The 6’7 GIANT! This man has grinded his way into the NHL, is a loveable character, and hopefully, a player that can help the Oilers down the stretch. If I’m Netflix and I’m in need of a new series, I’m looking at the Vinny Desharnais story.
WE MUST MENTION NUGE! After twelve seasons, Ryan Nugent-Hopkins is having a career year. This is a man who went through the Decade of Darkness, was labeled a bust by some, and is now flourishing in his 12th year with the team. He’s an ageless wonder that’s been aging like a fine wine. We kept Nuge forever and it’s paying off this season.

Donna brings up a not-so-good story based on how Soup was playing, but we may have a redemption tour still coming from Jack Campbell. Soup has not been up to the standard that has been set out for him, however, there’s still plenty of time left in the campaign and he’s now showing signs he can be that five-million-dollar man between the pipes. The Oilers could have one of the best tandems in the league if he stays consistent. 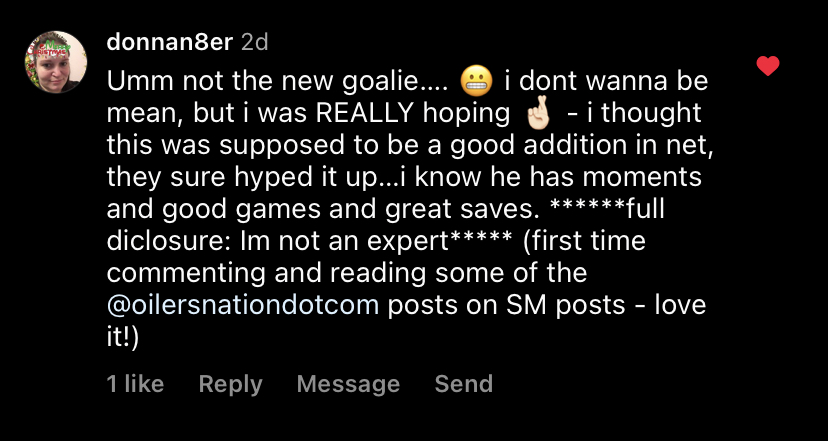 Tyson Barrie appreciation! I won’t lie, he’s not an Oiler I’ve kept tabs on. Quietly he’s been impressive. Good for him honestly, he’s an Oiler who’s always been criticized, and nice to see him labeled as an unsung hero.

This season has been very up and down for the Edmonton Oilers. Expectations haven’t been met, yet there have been a few fun storylines this season. Storylines that aren’t just Connor McDavid lighting the league on fire. It hasn’t been a one-man show even though he’s scoring at an incredible rate once again. Now heading into the second half, let’s add a few more awesome stories to reflect on in the future.
Oilers Talk
Social Corner
Recent articles from Woz