The cost for Erik Karlsson would be low, but are the Edmonton Oilers really interested? 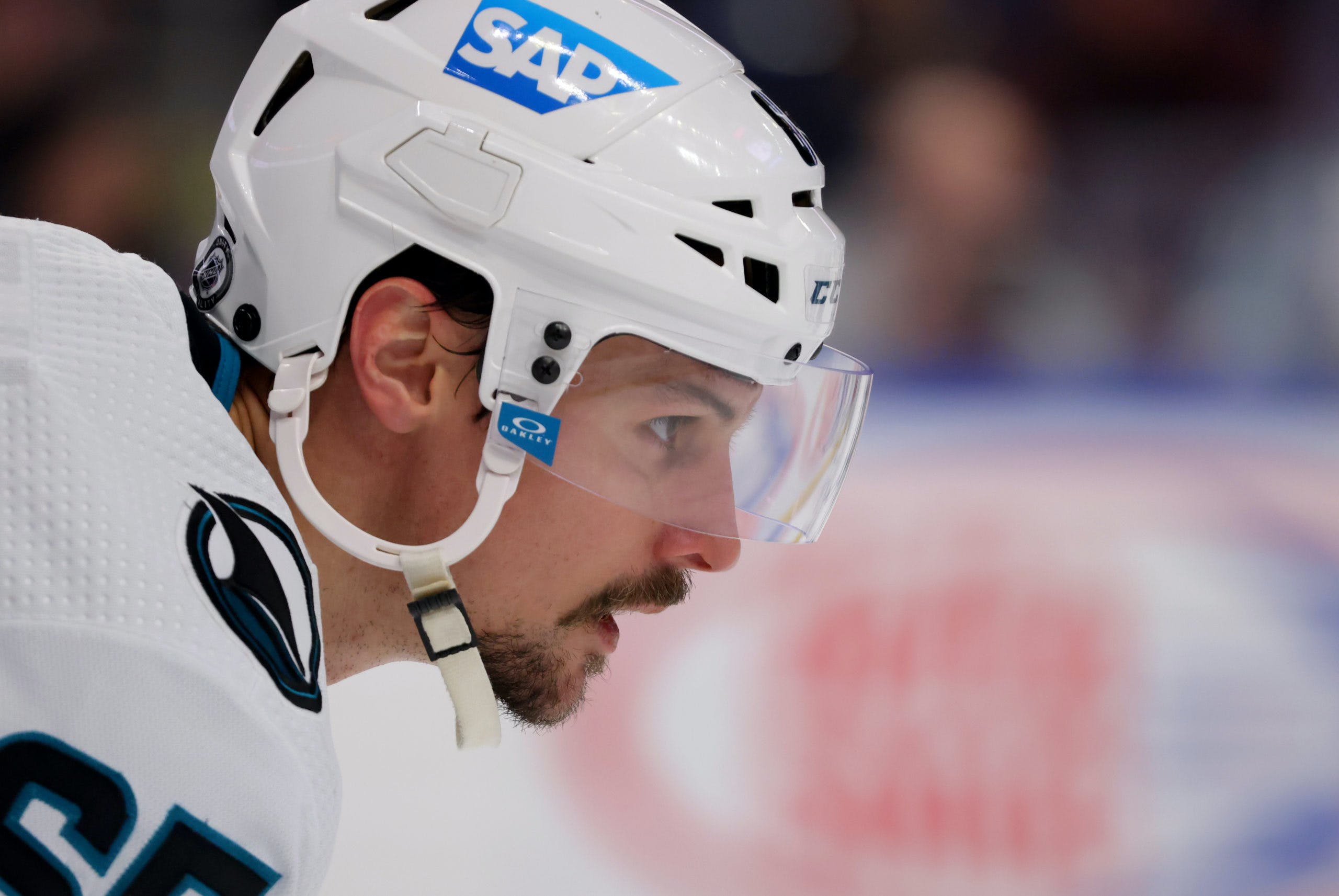 By Zach Laing
1 month ago
It’s been a day since the Edmonton Oilers were potentially linked to defenceman Erik Karlsson, but the water has already begun to cool.
As reported by TSN’s Darren Dreger on Tuesday, there are some within the Oilers organization who are interested in dealing for the veteran defenceman. For many reasons, this trade makes a ton of sense.
Karlsson’s found his stride once again after dealing with various injuries over the last few years. A groin injury, most notably, had hampered his skating ability — which was always one of his strengths. Despite that, he continued to log big minutes averaging over 23:30 a night.
While Karlsson’s not exactly the strongest defenceman in his own zone, per se, there’s undeniable upside in his game. On a San Jose Sharks team that struggles to drive play on either end of the ice, Karlsson has been effective at doing both.
His biggest strengths, at least defensively, appear to be his ability to keep the puck out of his own zone. The best defence is a good offence, so it seems. The Oilers have some defensive woes this year. We all know that. Defensively, the Oilers allow seven percent more xGA/60 than league average this year, according to hockeyviz.com. Last year, they were exactly league average.
If the Oilers have a legitimate opportunity to land Karlsson I think they need to do their best to make it happen.
The biggest issue is Erik Karlsson’s contract. Four more years at $11.5 million is a massive ticket for the 32-year-old. The cost to acquire him, however, might not be as high as some think.
And according to Daily Faceoff‘s Frank Seravalli, the Oilers may not actually be interested in the defenceman. He joined our own Tyler Yaremchuk on Oilersnation Everyday and had this to say:

These are illegitimate rumours near as I can tell them. Not to rain on anyone’s parade and certainly not to call into question some reporting from Darren Dreger on Insider Trading, a friend, but in this case, near as I can tell, the Sharks internally, this seems to be news to them that [the Oilers] would potentially be interested in Erik Karlsson.
What’s interesting Jay, listening to you talk about it, is I don’t think you have a super firm grasp on how tough that contract is to move. Because if the Sharks are retaining any bit of it, they’re not going to get much in return. If they’re not retaining any of it, they’re not getting anything in return.
The way it was framed to me today when I asked around about this deal was, okay, let’s say from an Oilers perspective this was a ‘who says no’ proposition that was put to me. It was Puljujarvi in exchange for Karlsson and the Sharks retaining 50%. And I said okay, who says no? The answer was the Oilers say no.

When pressed on why the Oilers would say no, here’s what Seravalli added:

They still have to pay Bouchard and maybe right now he’s obviously not as good, but he showed something last year to the point here they might have a $1-million version of Erik Karlsson right now that is going to get in the way of anything later.
Not saying at all they’re the same person, saying that if Karlsson makes $11.5 and Bouchard makes under $1, and obviously he needs a bigger raise to get to his next deal, but as a 43 point defenceman last season, and doesn’t have the injury history Karlsson has, doesn’t have the term at this moment, a lot of the other baggage that comes with it. Which also, by the way, would also include Erik Karlsson waiving his full no-trade to come to Edmonton which I think is a hard enough sell as is, maybe they’re better off maintaining the assets they have, re-signing Bouchard and seeing him take the next step in his career then having that moving forward.

The reasoning, believe it or not, is sound. Seravalli went on to say that while this may not be the smoking gun of the Oilers looking at Erik Karlsson as a player, it could very well signal to the market that they are looking to be major players when it comes to improving the club.
In the bigger picture, I still think Karlsson could make sense as a trade target for the Oilers. Jesse Puljujarvi for him at 50% retained would be a deal I’d make, but it would largely hinge on the club being able to move out Tyson Barrie. The Oilers don’t need three right-shot, offensive defenceman on their team and they would need to not only add someone up front to replace Puljujarvi, but they would need to find a “defence first” defenceman. A big, strong shutdown guy.
You can listen to the episode below.
Zach Laing is the Nation Network’s news director and senior columnist. He can be followed on Twitter at @zjlaing, or reached by email at zach@oilersnation.com.
Featured
Nation Takes
Oilers Talk
Recent articles from Zach Laing