The Day After 16.0: Stuart Skinner slams the door as Oilers overcome slow start to beat Panthers 4-2 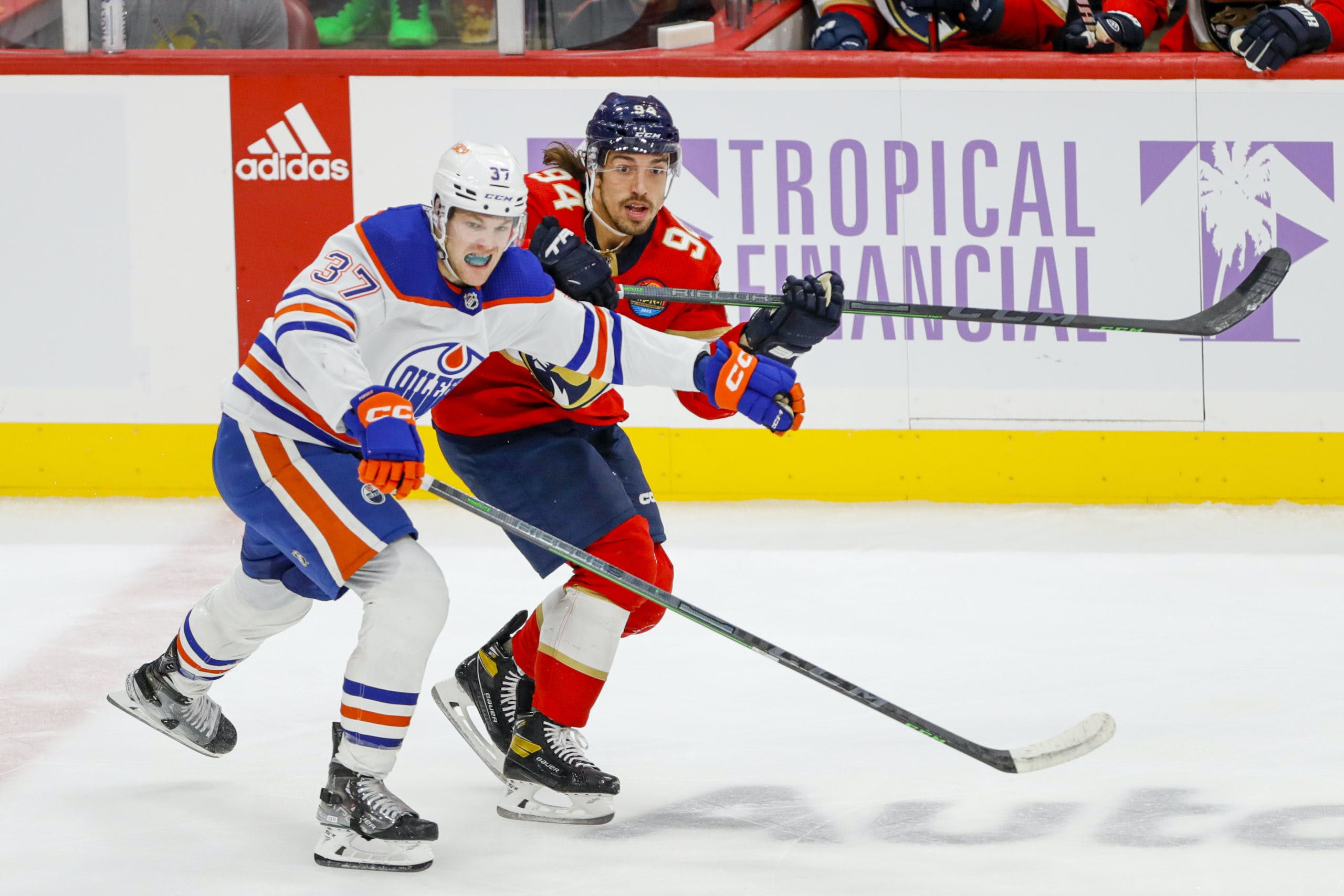 By Zach Laing
17 days ago
The Day After is brought to you by NHL odds site Betway!
Those Panthers aren’t so scary after all.
At least, that’s what the Oilers showed once again with another solid performance in south Florida. Despite getting outshot 11-0 in the first 10 minutes of the game, the Oilers rallied to beat the Cats 4-2.
It was Stuart Skinner who stole the show once again turning aside a staggering 40 of 42 shots he faced. He weathered plenty of surges and stood on his head. Beyond two Sam Bennett goals — one allowed on the powerplay off a big rebound and another late in the third — he was perfect.
Skinner’s become a problem in the best possible way for the Oilers to start this season and looks more like the starter than his counterpart, Jack Campbell. He’s stolen a few big ones with his record improving to 6-2 and his save percentage heading north of .930 once again.
Should he get the start when the Oilers hit the ice Wednesday against the LA Kings? There’s a legitimate argument for it.

For the Oilers as a whole, however, the back and forth they’ve had between games continued. After a stinker against the Hurricanes Thursday, it looked like they were ready to throw up another yesterday afternoon. We all know the issues the Oilers have had with matinees, and after the first 10 minutes, it felt like it was just another one of those days.
But credit where it’s due as the Oilers buckled down.
The Oilers adjusted their lines heading into that second frame, and it worked. Warren Foegele slid up to the second line alongside Leon Draisaitl and Zach Hyman, while Dylan Holloway bumped down the lineup to the fourth.
It was Foegele, however, that was the true hero of the game.
Tyson Barrie had scored at the 11:49 mark in the second and added another on the powerplay at the 6:53 mark of the third, but the game-winner came off the stick of Foegele. Forechecking with Draisaitl, Foegele forced a turnover which Leon picked up later returning it to Foegele.
He’s had quite the road trip scoring two goals and playing at an elevated level.
For the Oilers, they now get a three-day break before they take on the visiting LA Kings on Wednesday and the Golden Knights at home next Saturday night.
Zach Laing is the Nation Network’s news director and senior columnist. He can be followed on Twitter at @zjlaing, or reached by email at zach@oilersnation.com.
Featured
Nation Takes
Oilers Talk
Recent articles from Zach Laing