The Day After 17.0: NHL needs to suspend Alex Edler for knee on Connor McDavid 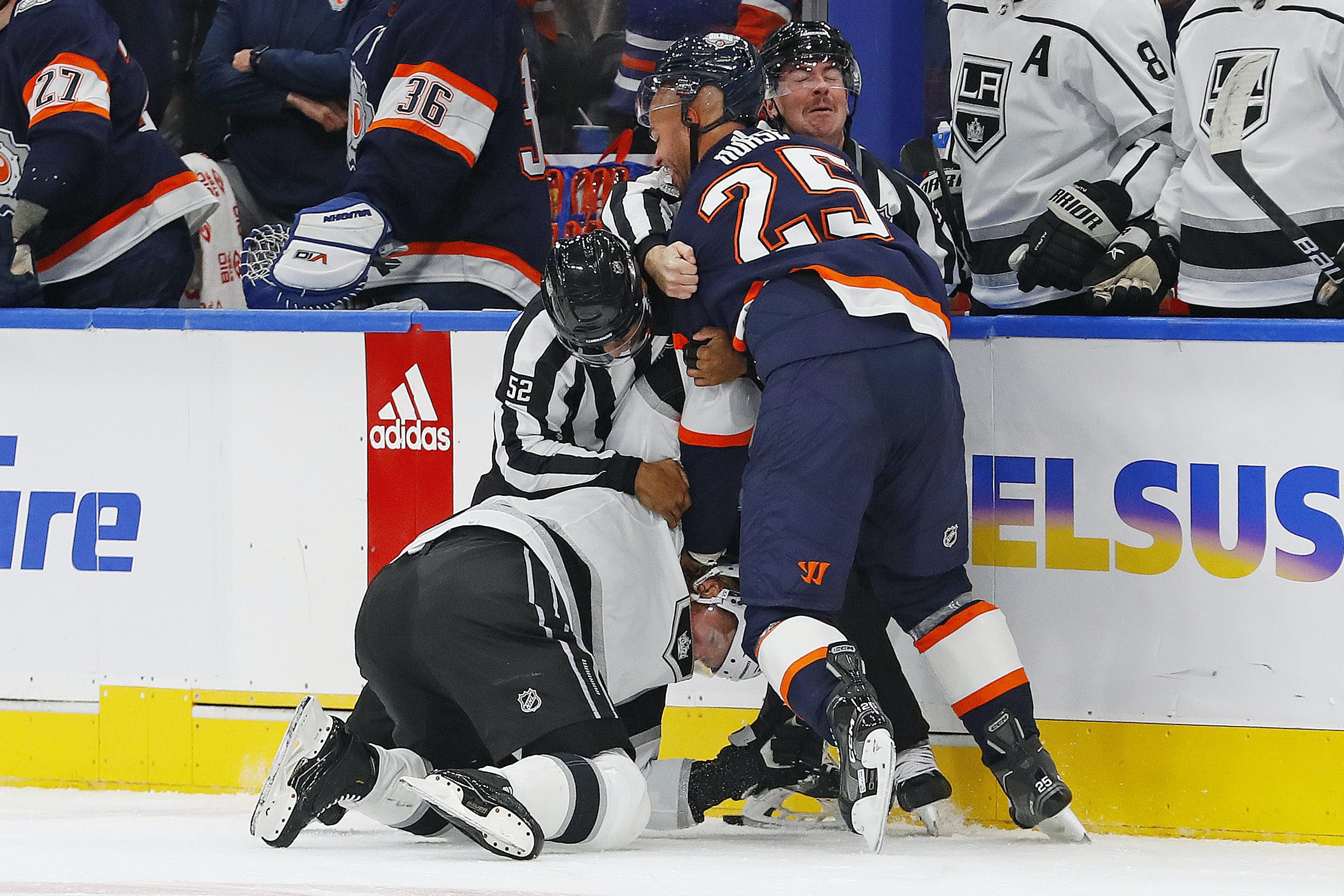 By Zach Laing
2 months ago
The Day After is brought to you by NHL odds site Betway!
The night was April 18th, 2021.
Zach Hyman and his Toronto Maple Leafs were taking on the Vancouver Canucks amid the COVID-19-shortened season.
Just over halfway through the second frame, Hyman zipped horizontally through the neutral zone looking to gain the line into the offensive zone. As he neared the benches, Alex Edler had him in his tracks. Edler stuck out his knee sending Hyman flying and for the next two months, Hyman was on the shelf.
A year and a half later, Edler did it once again — this time on Hyman’s now teammate, Connor McDavid, during the Edmonton Oilers’ 3-1 loss Wednesday night.
“[Edler] did that hit to me a couple years ago. Exact same play. I was out for two months,” said a visibly upset Zach Hyman in the second intermission. “He just did it to Connor. Same thing.
“Extremely dangerous play. I’m glad Connor’s okay.”
While no Leafs jumped to the aid of Hyman, Darnell Nurse took exception and what would’ve been a would-be four-minute advantage for the Oilers was nullified. The only problem? When Edler laid the hit on Hyman his night was over. A five-minute major for kneeing and a game misconduct.
Last night, however, there was no similar call made when the best player in the world, the NHL’s poster boy, was nearly seriously injured. Thankfully McDavid was able to skate it off, and he got his retribution with a vicious crosscheck seven minutes later — which, of course, was penalized.
The Leafs, however, got their retribution 11 days later when Edler had to answer the bell with Wayne Simmonds.
In the meantime, Edler missed two games due to a suspension and if the NHL wants to take protecting their players seriously, Edler deserves that and then some this time around.
Oilers head coach Jay Woodcroft, meanwhile, feels the league will at least consider that.
“I thought it was a questionable hit. a questionable hit,” said Woodcroft, who appeared to have the desire to use some stronger adjectives. “I’m sure they’ll take a look at it, past history and all that stuff.
“We see our captain take a hit like that, a teammate stepped up and took care of things.”

The NHL’s department of player safety always looks at a number of things when it comes to supplemental discipline, among them a player’s track record. That’s there for Edler for his aforementioned knee on Hyman, as well as two other suspensions in 2013: a three-game ban for a hit to the head of Tomas Hertl, and a two-game ban for charging Mike Smith. On top of that, Edler has been suspended four games for a vicious knee-on-knee hit in the 2013 World Championships.
While the IIHF ban won’t play into it, Edler has a past track record for predatory hits.
Whether it’s Connor McDavid of a fourth-liner recalled from the American Hockey League, the NHL owes it to everybody to keep its players safe. A firm reminder is clearly needed.
On a night full of emotion, the Oilers weren’t able to channel it into more than a single goal. The Oilers had a tepid start, once again, and fell into the trap that is the LA Kings’ game.
“We know these guys well. that kind of game script fits just fit right into their game,” said McDavid, who declined to comment on the Edler hit. “They scored early and they just sit back and kind of just hold on. We would’ve liked to get off to a better start.”
For the Oilers, this continues to plague them. When they are the team to score first, they’ve gone 6-1 on the year. When they allow the first goal, 3-7. Edmonton’s had some comebacks, but it’s not been good enough.
Edmonton has a tough test Saturday when the red-hot Vegas Golden Knights come to town.
Zach Laing is the Nation Network’s news director and senior columnist. He can be followed on Twitter at @zjlaing, or reached by email at zach@oilersnation.com.
Featured
Nation Takes
Oilers Talk
Recent articles from Zach Laing