The Day After 18.0: That was a statement win for the Edmonton Oilers 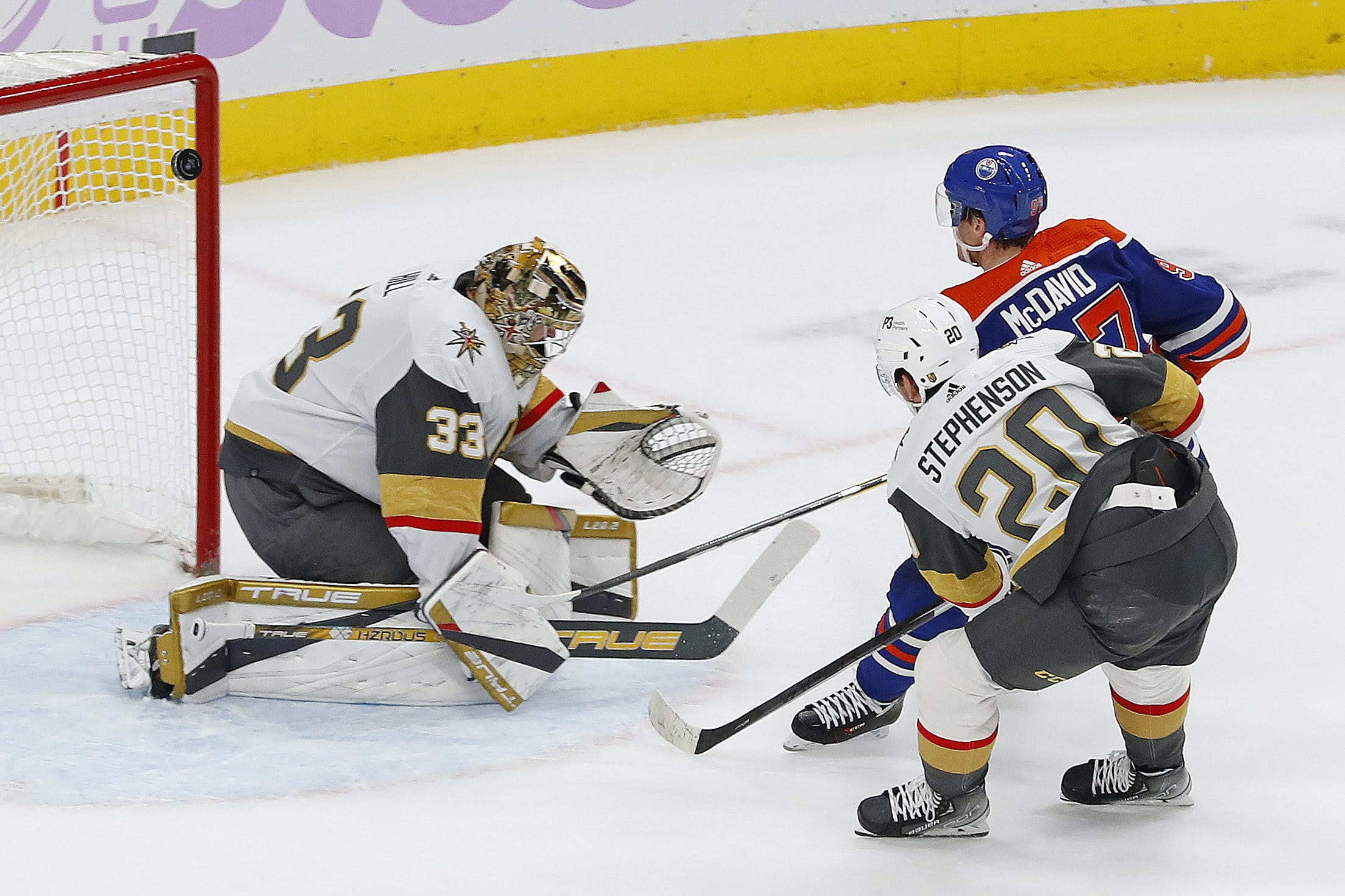 By Cam Lewis
2 months ago
I’m not sure if there are ever really “must-win” games in November, but that felt like one.
Following a frustrating loss to the Los Angeles Kings on Wednesday and with another difficult road trip out east on the horizon, the Edmonton Oilers hosted the Vegas Golden Knights, the team running away with the Pacific Division.
We’ve seen the Oilers struggle with slow starts this season. That wasn’t the case on Saturday, as Warren Foegele opened the scoring three minutes into the game. We’ve seen the Oilers plagued by weak defensive zone play this season. That wasn’t the case on Saturday, as Edmonton’s blueline held Vegas to just four high-danger chances at even strength. We’ve seen the Oilers fade late and blow leads this season. That wasn’t the case on Saturday, as Connor McDavid decided to turn on the jets in overtime and grab the two points that were available.

“That was a very determined and serious player who wanted to go out and find the two points for our team and make plays down the stretch,” Oilers coach Jay Woodcroft said after the game. “I like that that he had that about him. He wasn’t sitting back.”

There might be some things to gripe about but that was the effort you’d like to see from the Oilers given the context. It’s a reminder after a month of ugly and frustrating losses that this team can hang with the best so long as they show up to play.