The Day After 23.0: The Oilers nearly lost, but they didn’t! 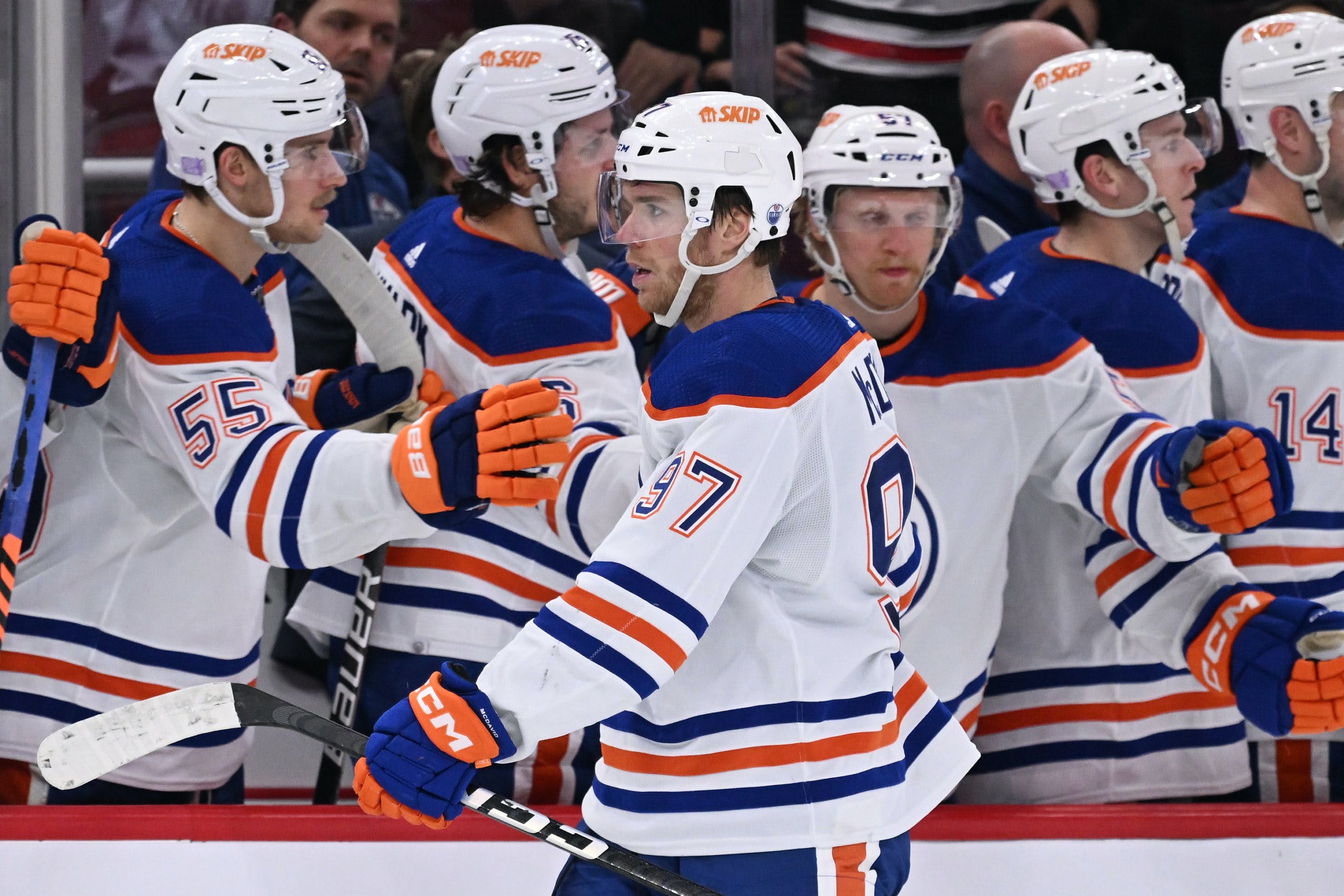 By Zach Laing
1 month ago
The Day After is brought to you by NHL betting site Betway!
Well, that was close, hey?
On a night when the Oilers needed to beat the Chicago Blackhawks, a night they should beat the Chicago Blackhawks, they were able to do just that.
It wasn’t pretty, but they got the job done. 5-4. Onto Minnesota.
The Oilers mixed up their lines again trying to find some offensive punch and it worked out as well as they could’ve asked. The top line of Leon Draisaitl (2G, 1A), Connor McDavid (1G, 1A) and Zach Hyman (1 disallowed goal, 1A) provided the offensive punch the Oilers needed — and even better, all three of their goals came at 5×5.
It wasn’t just the top line that produced, either. A makeshift line of Mattias Janmark (1G, 1A), Ryan Nugent-Hopkins (1G, 1A) and Jesse Puljujarvi (1A) chipped in two goals, as well.
The Oilers’ bottom six, lines of Dylan Holloway, Brad Malone and James Hamblin, as well as Tyler Benson, Derek Ryan and Devin Shore, didn’t get scored on at 5×5. Let’s chalk that up to a W for that ragtag group of players.

It was once again a wild third period for the Oilers. It followed a tepid first where the Oilers looked like the dominant team and a strange second where each club took two minors.
The third? Well boy, was that a period. Connor McDavid broke it open 1:18 into the frame blowing past an immobile Jack Johnson to wire one home, while Janmark scored at the 10-minute mark.
A minute and a half later, Max Domi walked down from the point sniping one, then a mere 19 seconds later, MacKenzie Entwistle caught the Oilers sleeping. That 4-1 lead evaporated and all of a sudden, they were only up by one.
Draisaitl’s second of the night came not long after and even though Domi himself potted a second with 1:11 left in the game, the Oilers were able to hold them off.
There are two ways to look at it. On one hand, the Oilers put up five goals and did what they were supposed to do in winning. On the other hand, the Oilers nearly Oiler’d blowing a late lead to an inferior opponent. I think both sides of the equation have a level of validity.
Chicago’s a bad team and there’s no reason that this game should’ve been close, even with the Oilers playing poor defensive hockey. That being said, the Oilers are a banged-up group right now missing five top-nine players. Evander Kane, Kailer Yamamoto, Ryan McLeod, Warren Foegele and Klim Kostin, who was out due to work visa issues.
At the end of the day, the Oilers got two points. That’s what’s most important.
Edmonton takes on Minnesota tonight in what will be an interesting game. They’re a thin team with all the dead cap they are carrying, so it will be interesting to see how these two teams match up.
Zach Laing is the Nation Network’s news director and senior columnist. He can be followed on Twitter at @zjlaing, or reached by email at zach@oilersnation.com.
Featured
Nation Takes
Oilers Talk
Recent articles from Zach Laing