The Day After 28.0: A complete effort leads to a four-point win for the Oilers 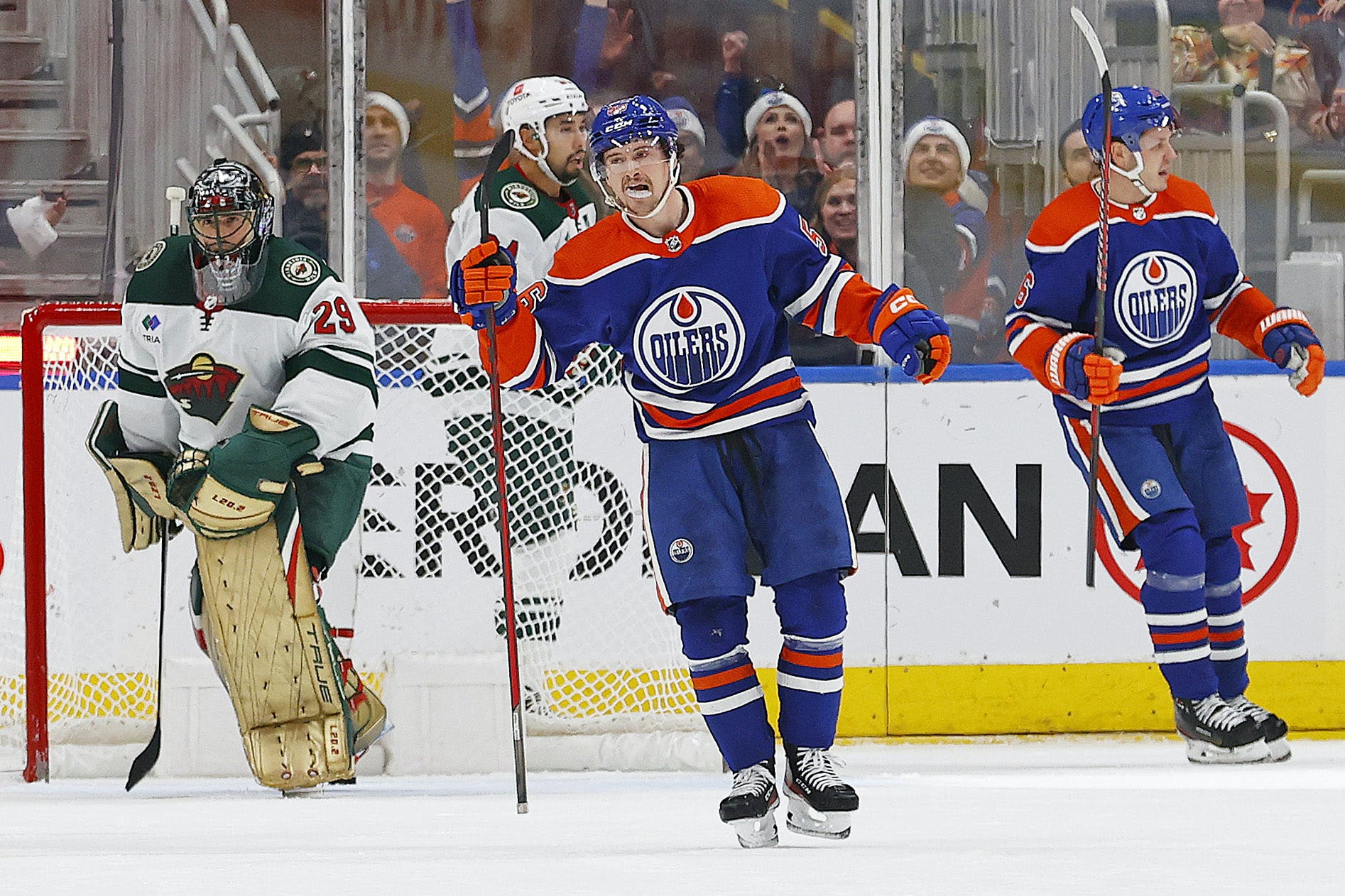 By Cam Lewis
1 month ago
It looks like the Edmonton Oilers are hitting their stride.
After Friday night’s win over the Wild, one that snapped a seven-game winning streak that Minnesota held over Edmonton, the Oilers have picked up six wins in their last eight games.
While the 8-2 win over a listless, exhausted Arizona Coyotes team might not have been all that impressive, this win over the Wild showed an Oilers team that’s settling into a groove. Edmonton started well against a tough opponent, they didn’t bend when the Wild challenged them, and they finished off strong.
The result was a four-point swing against a team the Oilers might be battling with for positioning in the Western Conference playoff picture a few months from now. But if the Oilers continue to put forward efforts like this one more often than not, they won’t be worrying about wild-card spots.

“I see a maturity to our game,” head coach Jay Woodcroft said after the game. “I see an understanding of what it takes to win. That’s a good hockey team we just beat tonight. They played hard and they were right there. But we found a way to win and it’s a credit to our players.
“What we’re learning is that when you play towards a structure and an identity, it allows you to win hockey games. Even if you are banged up, even if you are missing important pieces. “As much as everybody wants it to happen immediately. It’s a process.”