The Day After 29.0: Wild shut down Oilers to split home-and-home 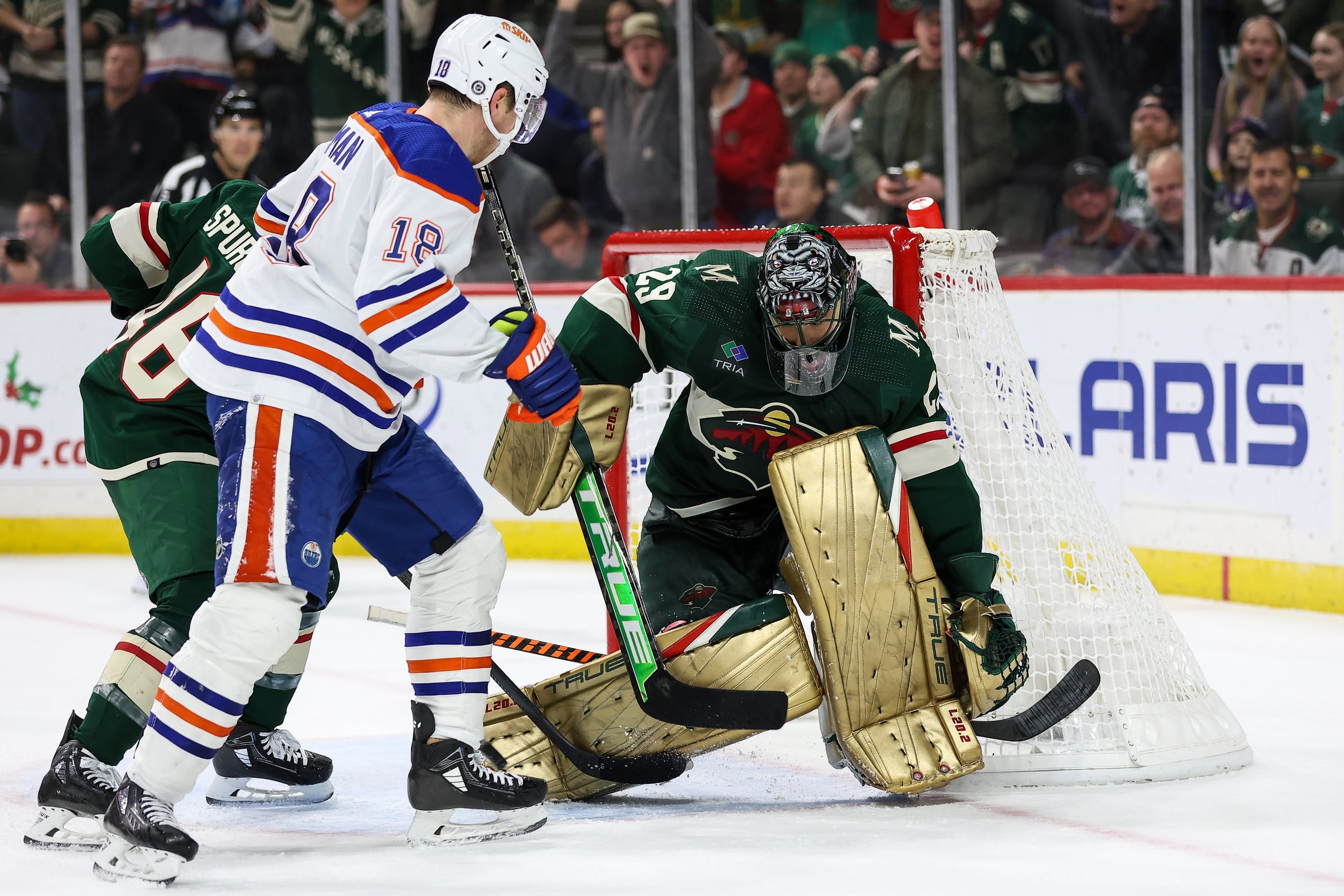 By Cam Lewis
1 month ago
Let’s hope this isn’t the start of another streak for the Wild.
After the Oilers snapped a seven-game losing skid against the Wild in Edmonton on Friday, Minnesota bounced back with a win of their own on home ice on Monday to split the home-and-home series.
Matt Boldy scored on the power play to open the scoring and had a nifty assist on Frederick Gaudreau’s game-winning goal. Meanwhile, Edmonton’s only goal came when Zach Hyman lit the lamp with the man advantage in the first period.
Stuart Skinner put forward another strong start, as he stopped 28 of 30 shots that the Wild threw his way, but Minnesota completely clamped down defensively. The Oilers were held to a season-low 21 shots on goal and they only managed four high-danger scoring chances at even strength, according to Natural Stat Trick.
Edmonton won’t have much time to think about that game as they hit the road on Monday night for Nashville. The Predators will also be playing on little rest as they lost by a score of 1-0 in St. Louis to the Blues on Monday night.