The Day After 34.0: Splitting up McDavid, Draisaitl, and Nugent-Hopkins leads Oilers to an impressive win in Dallas 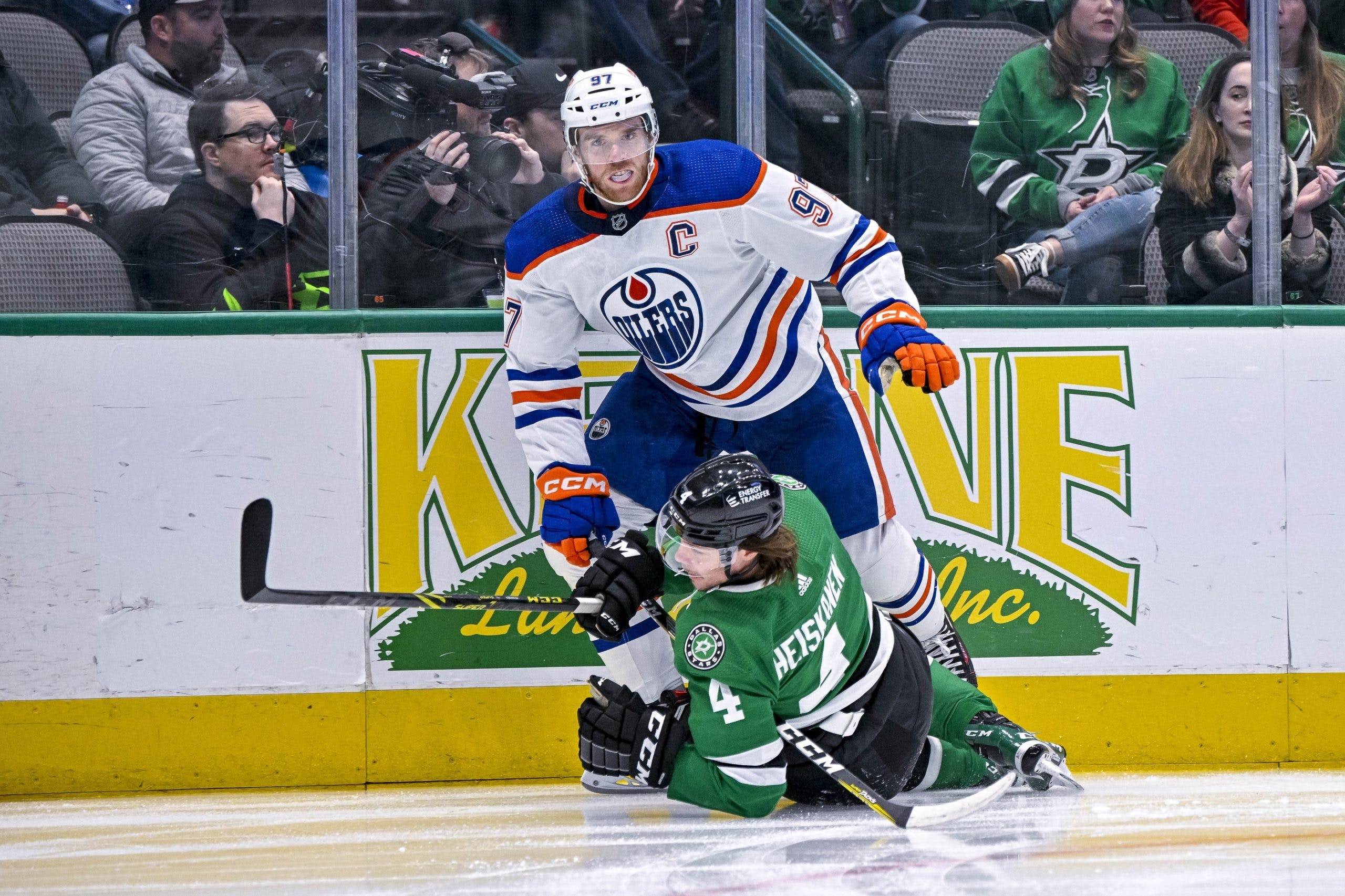 By Cam Lewis
1 month ago
It was time to mix things up.
The Edmonton Oilers came into Dallas on Wednesday night having lost three games in a row. The McDrai duo wasn’t dominating and the other three lines looked largely anemic so Jay Woodcroft pulled out a strategy that we haven’t seen often this season.
Connor McDavid centered a line with Zach Hyman and Jesse Puljujarvi, Leon Draisaitl moved down to play with Klim Kostin and Mattias Janmark, and Ryan Nugent-Hopkins played with Warren Foegele and Kailer Yamamoto on his wings.
The result? Edmonton exploded for six goals against the Stars and 11 different players got in on the action with at least one point.

“As much as people want us to play towards a script, sometimes it doesn’t work out that way,” Woodcroft said. “What I liked was, when the other team did something, we found a way to score a goal. We responded.”

During their losing skid, the Oilers looked like they were standing around and waiting for McDavid and Draisaitl to make some magic happen. In the win against Dallas, the lines were rolling and everybody was involved. RNH’s line scored twice, the McDavid and Draisaitl lines scored once each, and the rookie line with Dylan Holloway and James Hamblin didn’t score but they outshot their opposition.
You can stack up your two Hart Trophy winners late in the game when you badly need a goal, but splitting your best players up to create the deepest lineup possible is the best way to avoid being in that situation in the first place.