The Day After 36.0: Praise be, Stuart Skinner 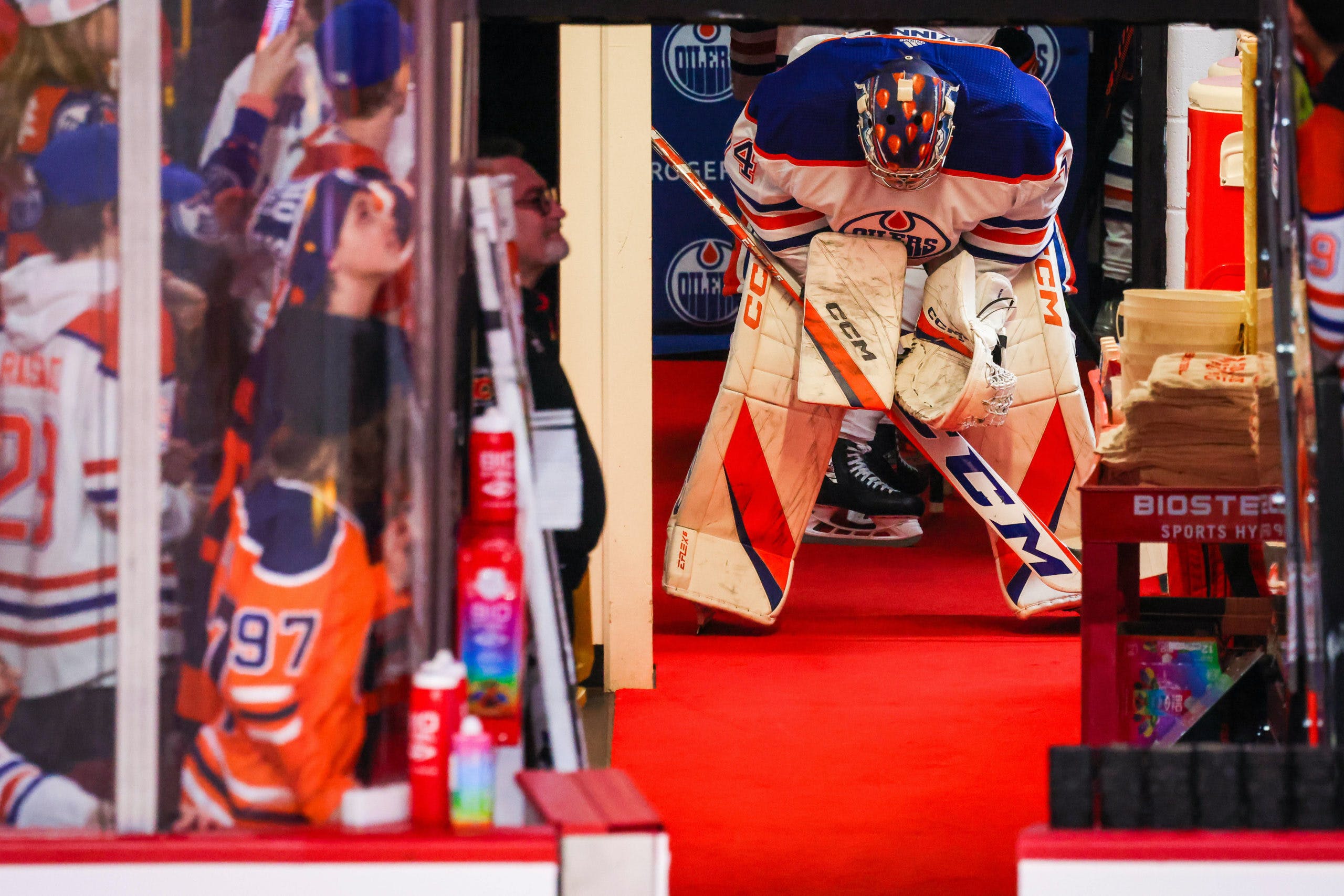 By Zach Laing
1 month ago
The Day After is brought to you by NHL lines site Betway!
It took a while, but the Oilers were eventually able to shake the post-Christmas tryptophan hangover from too much turkey.
The Flames took the lead 1:12 into the second period with Mikael Backlund scoring his seventh of the year, but Tyson Barrie’s 100th career goal and another beauty from Connor McDavid got Edmonton back into the game. Eventually, it was enough to walk away with two points in a 2-1 win.
Both teams looked rusty to start the game clearly feeling the effects of well-deserved Christmas breaks. But once the two teams found their legs, boy, did it get fun.
The second period saw things open up significantly and there was no-one player who contributed more to the game than Stuart Skinner. The Oilers have relied on him heavily this season and he was spectacular once again last night.
Skinner turned aside a staggering 46 of 47 shots faced posting his second victory of the year against the Flames with 24 coming in the third frame alone. To say he had a dominant performance would be, well, a massive understatement.
The Oilers got filled in when it came to the underlying numbers at 5×5 last night controlling only 24.53 percent of the shot attempts, 27.12 percent of the scoring chances, and a meagre 22.07 percent of the expected share. It’s a sign of a larger issue with the Oilers.
The Oilers have a new sheriff in town, and it’s Stuart Skinner.

The Oilers have longed for a goaltender like him: a homegrown talent who can come in and take the reigns as a starter in the NHL. Mike Smith was more than fine as a stopgap ‘tender, and we could talk about Mikko Koskinen until we’re red in the face.
But the truth of the matter is that this was always going to be Skinner’s crease at some point. Even with the Oilers taking a swing (and what appears to be, at least right now), a miss on Jack Campbell, Skinner was bound to be the guy at some point. Who would’ve thought it was so soon into his rookie season in the NHL.
It comes at the best possible time, too. Edmonton’s been battered and bruised losing significant pieces for significant parts of the season. All Skinner’s done is shut the door for the Oilers.
Among 16 goalies who have played as many 5×5 minutes as Skinner, his .931 save percentage ranks third, his 2.20 GAA ranks eighth, and his 7.68 goals saved above average ranks 3rd. While his overall numbers get skewed a bit due to a horrible Oilers penalty kill, the 5×5 numbers he’s posting are showing are incredible.
The Oilers will next visit the Seattle Kraken on Friday night, before taking on the Winnipeg Jets Saturday night on New Year’s Eve.
Zach Laing is the Nation Network’s news director and senior columnist. He can be followed on Twitter at @zjlaing, or reached by email at zach@oilersnation.com.
Featured
Nation Takes
Oilers Talk
Recent articles from Zach Laing