The Day After 41.0: Edmonton Oilers blow lead, fall 3-2 to Colorado Avalanche in OT 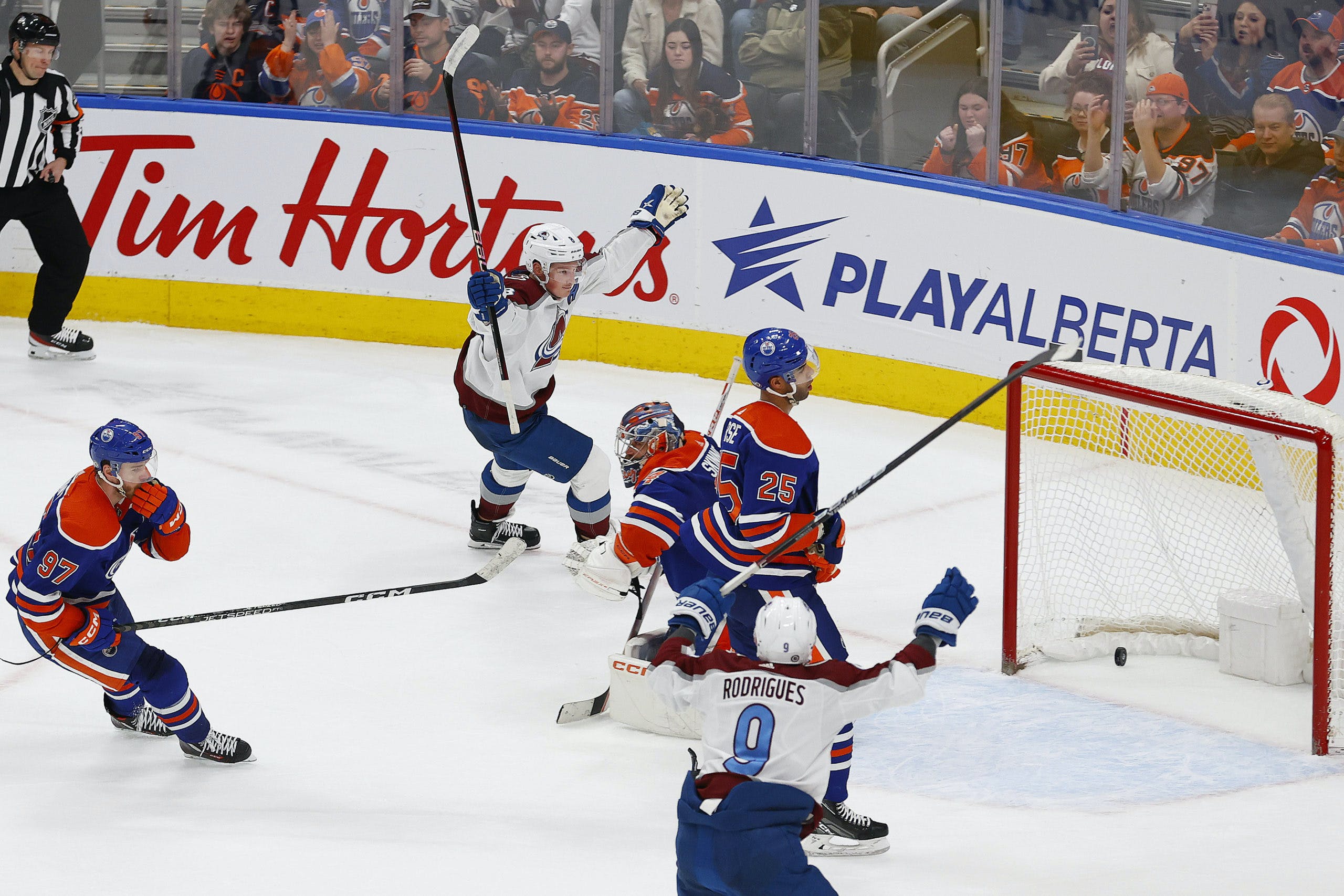 By Zach Laing
18 days ago
The Day After is brought to you by NHL odds site Betway!
They let another one slip away.
And the Edmonton Oilers couldn’t build off the success they saw earlier in the week falling last night as they fell to the Colorado Avalanche. The Oilers started the game of with a strong first 10 minutes eventually building a one-goal lead after one, but you could see the signs of a cracking foundation.
The Avalanche were coming hot and heavy pushing the pace of play. While it was Zach Hyman who broke open the scoring, he got another one on the powerplay late in the second, but it wasn’t enough.
Stuart Skinner was facing an onslaught of shots and turned in a tremendous performance, but a deficient Avalanche team overmatched the Oilers. As I wrote about in yesterday’s game notes, Colorado has faced among the most man-games lost all season. No Gabriel Landeskog, no Valeri Nischuskin, no Pavel Francouz, no Josh Manson and no Bowen Byram.
What did Colorado do? They played their game and dominated the Oilers all night long. Saying the Oilers were passengers would be putting it lightly.

Beyond the powerplay going 2/5 and Skinner’s performance, there’s nothing to like about that game. It’s equally as dejecting of a loss as the one to the Seattle Kraken earlier in the week, because on Wednesday, the Oiler held a player-only meeting. It seemed to sort things out as the Oilers put together one of their best performances of the season Thursday against the New York Islanders.
But as quick as it came, the Oilers let it slip away with another feeble showing on home ice. It seems apparent that Evander Kane will soon return from injury which is great news for the team, but he’s not going to fix the problems plaguing the Oilers.
He’s not going to stop Nathan MacKinnon from turning Cody Ceci and Darnell Nurse into turnstiles. He’s not going to stop Brad Hunt from blasting a shot home. He won’t stop Cale Makar in overtime.
He’ll provide some offensive punch and push a player down the lineup, but the truth of the matter is that it won’t fix all the issues the Oilers have. At some point, it has to fall on the players to actually go out there and execute. It’s just not happening right now, and
They’re floating down a river on a boat filled with holes.
Zach Laing is the Nation Network’s news director and senior columnist. He can be followed on Twitter at @zjlaing, or reached by email at zach@oilersnation.com.
Featured
Nation Takes
Oilers Talk
Recent articles from Zach Laing