The Day After 44.0: Oilers get the job done against another weak opponent 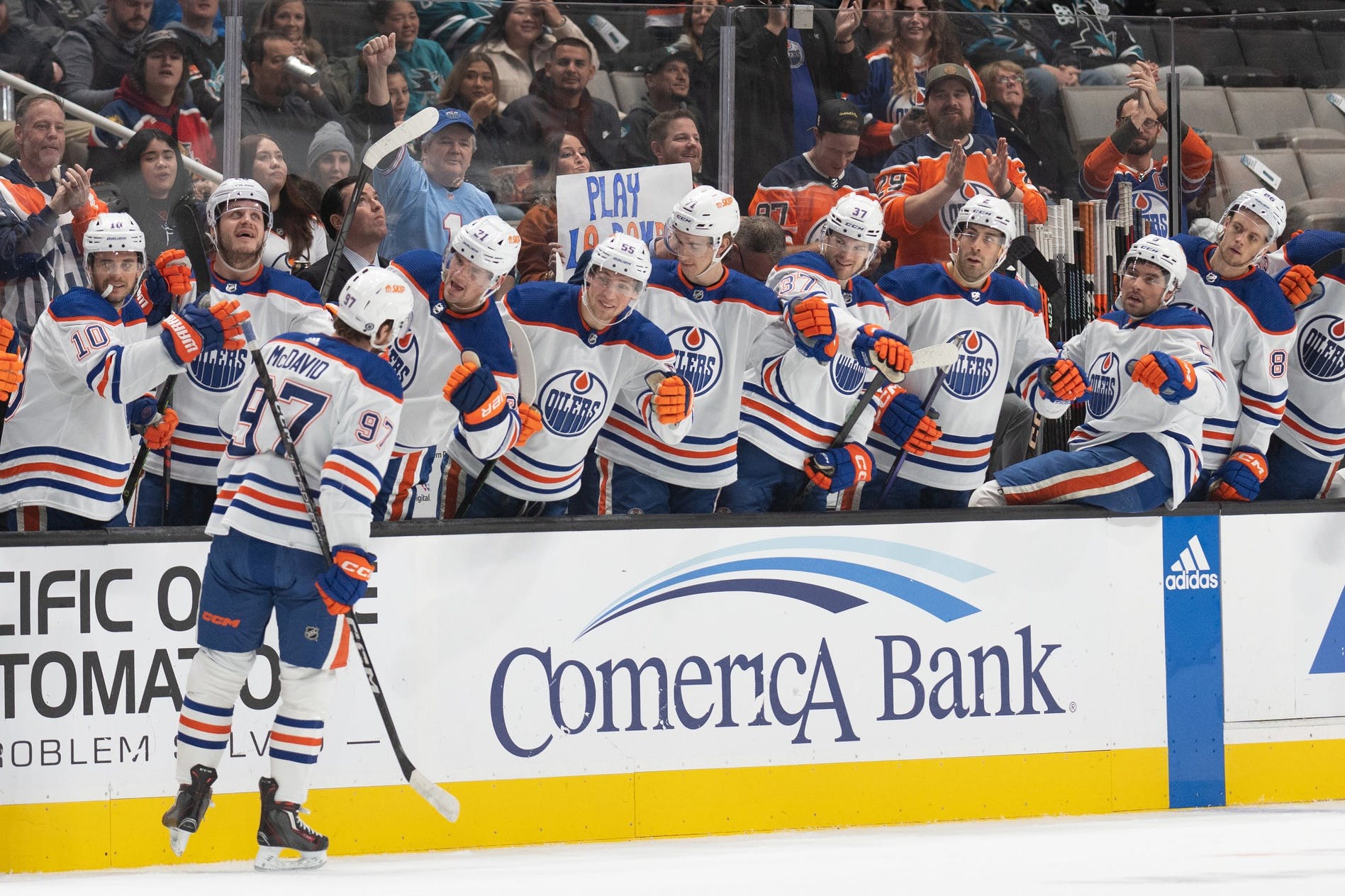 By Cam Lewis
17 days ago
The Edmonton Oilers have done their job against the weak opponents in the middle of this road trip.
They came into Anaheim on Wednesday and completely outclassed the Ducks, nearly doubling them in shots and winning by a score of 6-2. And then on Friday night, the Oilers rolled into San Jose and pounded the Sharks with seven goals and nearly came out with their first shutout on the season.
Connor McDavid opened things up mid-way through the first with a power-play goal and Klim Kostin continued his hot streak with a lucky goal to make it 2-0 before the end of the frame. The Oilers busted the game wide open in the second, as McDavid scored another power-play goal and Ryan Nugent-Hopkins scored short-handed to really break San Jose’s back. Leon Draisaitl, Jesse Puljujarvi, and Ryan McLeod also all got on the board to turn this into a no-doubter.
After a frustrating loss to the L.A. Kings to kick off the trip on Monday, the importance of earning four points against Anaheim and San Jose became even greater. The Oilers did just that, and now they’ll have an opportunity to put together a winning trip if they can beat the Golden Knights in Vegas on Saturday.

“We certainly need to keep building on our game and two good ones in a row,” McDavid said after the game. “Obviously we keep talking about consistency, so that’s a good sign, but the test is tomorrow night against a good Vegas team trying to make up some ground as well. So it’s a big one.”
“I said this at the beginning of the trip, that our focus is one at a time here,” head coach Jay Woodcroft said. “One day at a time, taking care of your business, one shift at a time, one period at a time, one game at a time and that’s been the focus. We came in expecting to get two points tonight. We were going to work to get those two points, but we expected it and that’s the attitude that we carry into every game.”