The Day After 7.0: Near perfect game gives Oilers 3-1 win against Blues 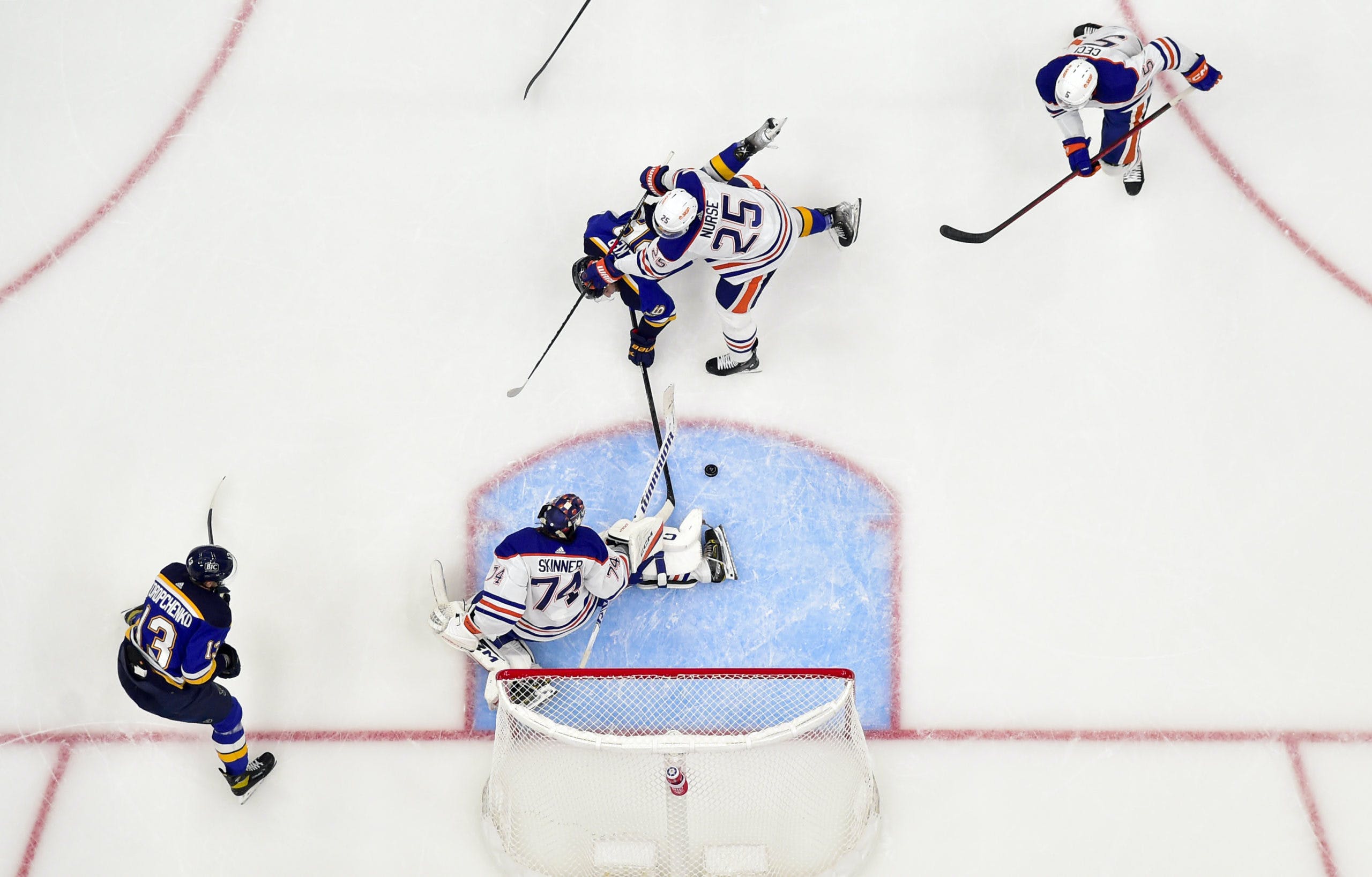 By Zach Laing
1 month ago
The Day After is brought to you by NHL Lines site Betway!
Front to back, that was about as good of a game the Edmonton Oilers could’ve played last night.
From the drop of the puck to the sound of the buzzer, the Oilers weather storms and pushed the pace of play en route to a 3-1 win over the St. Louis Blues in the Gateway City. It took Edmonton all of six minutes to find themselves on the board when a Darnell Nurse point shot was tipped in front by Jesse Puljujarvi and into the back of the net.
While last night’s three-round bout didn’t have the flare and fireworks of Monday’s back-and-forth affair with the Pittsburgh Penguins, it was the type of game that showed the maturity of this Oilers team. Far too often far too many times in the past, going up against a stout defensive like St. Louis would end far from the way it did tonight.
Instead, it was the Oilers in their road whites who controlled the game. Looking at five-on-five play in each of the three frames, Edmonton controlled the shot attempt share and the scoring chance share. They also controlled the expected goal share in the first and third frames, the most important of the game, while they weathered a St. Louis push in the second — for the most part.
As that second frame wound down, it was Ryan O’Reilly who batted a puck out of the air, off Stuart Skinner, and into the Oilers’ net. It was but a small blemish on an otherwise perfect night for Stu, who turned aside 37 shots while posting a .974 save percentage.
He showed the poise the Oilers had hoped for and for once, it looks like the organization has actually been successful in drafting and developing a goaltender — Andy Moog, Grant Fuhr, and Devan Dubnyk, notwithstanding. Everything up to this point, at least, shows that when it comes to Skinner.
And alongside him? Another solid netminder in Jack Campbell. His save percentage as a whole may not reflect it, but he’s posted a .914 or better in three of five games.

Back to St. Lou, however, where the Oilers’ ability to fend off the Blues played a crucial role in their win. After being outshot 20-6 in the second, things got even tenser in the third. The Blues, with the game tied, pushed hard but big save after big save came from Skinner.
To nobody’s surprise, the Oilers found their opportunity to strike and took it. Connor McDavid found Ryan Nugent-Hopkins on the back door with the journeyman banging home his 200th career goal.
All it takes is one.
Now for the Oilers, a hop, skip and a jump to Chicago where they prepare to take on the Blackhawks tonight. While many will look and say this should be an easy win, it’s likely far from it. The team from the Windy City has made things difficult for opposing clubs going 4-2 in their first six games. Their underlying metrics have been kind, small sample size and all, so Edmonton will need to be prepared to bring their ‘A’ game.
Zach Laing is the Nation Network’s news director and senior columnist. He can be followed on Twitter at @zjlaing, or reached by email at zach@oilersnation.com.
Featured
Nation Takes
Oilers Talk
Recent articles from Zach Laing