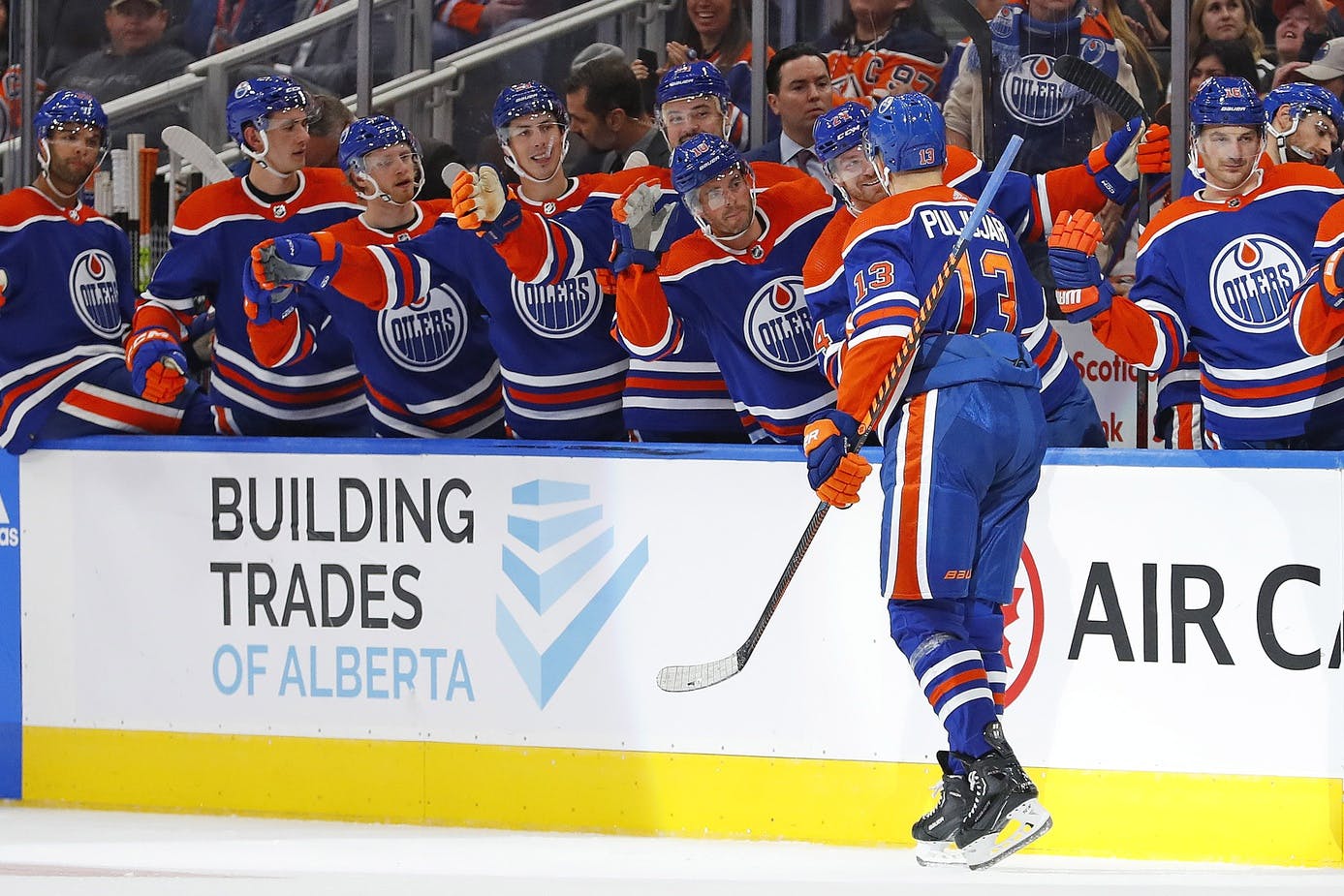 By Cam Lewis
3 months ago
The eight-game pre-season marathon has mercifully come to an end and we’ll soon be watching and talking about actual regular-season games.
Friday night saw a somewhat disinterested Oilers team glide through two periods against the Seattle Kraken before putting the foot on the gas in the final frame. The Oilers popped off with four goals in the third period to erase a 2-1 deficit and pick up a 5-3 victory.
Jesse Puljujarvi got an audition on Edmonton’s top line alongside Connor McDavid and Evander Kane and he capitalized on the opportunity. The trio dominated the Kraken 20-to-7 in shot attempts and 13-to-4 in shots on goal at even strength and the big Finn scored early in the third period to knot the score at 2-2.
Puljujarvi did nice work along the boards behind the net and the Oilers gained possession of the puck as it was knocked up to the blueline. Tyson Barrie feathered a pass through the zone to Connor McDavid who immediately fired a cross-crease pass that Puljujarvi put into the back of the net.
This sequence shows Puljujarvi at his best. He used his speed and size to disrupt Seattle’s breakout in the offensive zone and then parked himself in front of the net for an opportunity. He’s had his issues with converting on such chances in the past but this kind of forechecking is excellent to have on the McDavid line. There isn’t much of an answer for defenders when Puljujarvi and Kane, two big wingers who can skate, are out there at the same time.