The Day After: Changes are needed as the Oilers head back to Edmonton down 2-0 to the Avs 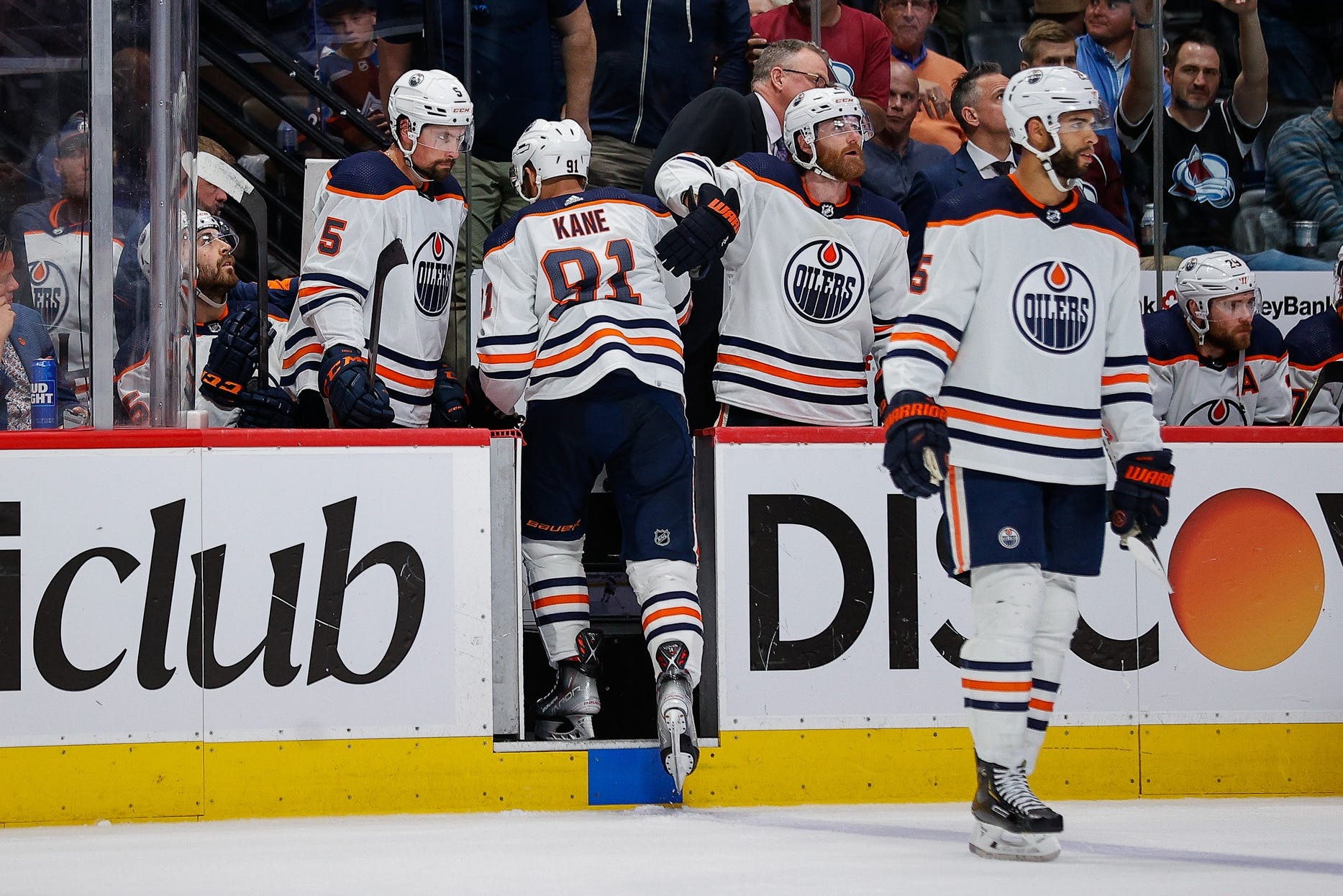 By Cam Lewis
8 months ago
Through the first two rounds of the playoffs, the Oilers had played poorly in Game 1 and then came out and won Game 2 with a significantly better effort. The pattern didn’t continue.
The Colorado Avalanche are clearly a different beast than the Kings and the Flames.
The two teams were neck-and-neck in a competitive first period but then the Avs busted things open in the second frame with a three-goal explosion that came in the span of just over three minutes. In the third period, the Avs showed that they’re a team that can do more than just score goals, as they went into an effective defensive shell and completely shut the Oilers down.
Pavel Francouz, who was playing for the injured Darcy Kuemper, stopped 24 of 24 shots for his first-ever playoff shutout. Mike Smith, who was pulled in the second period of Game 1, stopped 36 of 40 shots in a losing effort.
The Oilers are now down 2-0 in the series and will head back to Edmonton for a must-win Game 3. As they say, you’re never truly worried until you lose a game at home, but the first two games against the Avs haven’t inspired much confidence that the Oilers can topple the top team in the Western Conference.

“It’s a series, right? This is how it goes. There are momentum swings. It’s a rollercoaster. They defended home ice, so we have an opportunity to go back, feed off our crowd and get the momentum back.” – Zach Hyman.
“They definitely feed off momentum. They find ways to compound one and turn it into three there. Obviously, it’s on us to grab that. It seems likes shifts after goals, either for or against, have hurt us over the last couple of games. The shift after, they find a way to score right after.” – Connor McDavid.
“I think we’ve had some chances, not as much as we’d like. We’re in the final four, the other team does some good stuff too. But we think there’s more to be had there. We can do a better job of shooting the puck, shooting through structure. Tonight, it didn’t go our way. We’ll go back to the drawing board and we’re prepared to regroup and head home to friendly confines in Edmonton.” – Jay Woodcroft.
“We’ve been a real solid home team for the last little while. We love playing in front of those fans. We’ll get ourselves back in the series at home here.” – Connor McDavid.
“I was kind of thinking I was going to play already after (Tuesday’s) game. For sure, you’re a little nervous and have it in the back of your mind that it’s a really important game, but what helped me was the way our team played tonight since the first seconds and I knew they would help me a lot. That made me more calm and I could just focus on my job.” – Avs goaltender Pavel Francouz.