The Day After: I’m not afraid anymore! 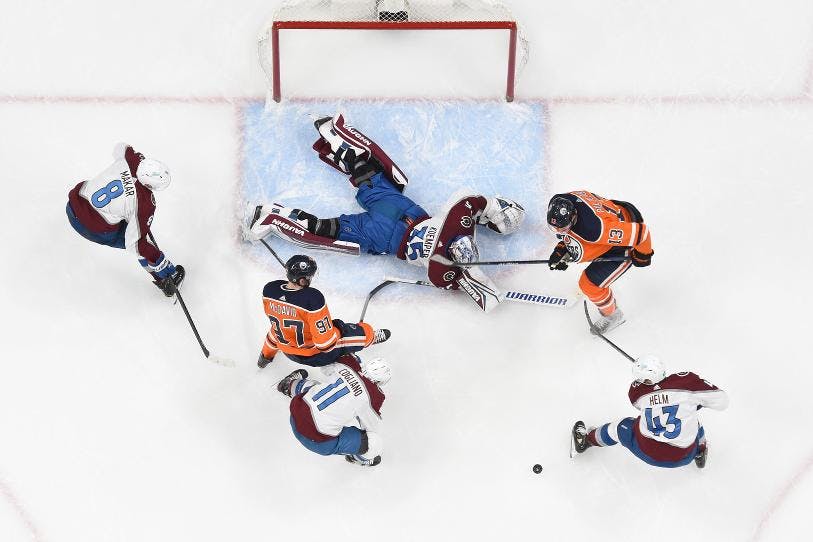 By Zach Laing
7 months ago
The Edmonton Oilers fell in the skills competition last night in a night where they truly deserved two points.
No matter how you cut it, this was a game where the Oilers were the better team and it came against the best team in the Western Conference. It’s just a shame they fell 2-1 in the shootout.
“I thought it was a very exciting game for our fans,” said Oilers head coach Jay Woodcroft after the game. “As a coach standing behind our players, you saw everyone lay it on the line and compete at a very high level.
“We got an important point out of that game. We wanted two. We lost the skills competition in the shootout. We had chances to win that game, and I’m proud of the effort our players put forth. That was a playoff-like feel to that game.”
A shaky first few minutes to the game notwithstanding, Edmonton pushed the pace of play very well against a deep Avalanche team all night long. And then, of course, you have to mention Avs netminder Darcy Kuemper, who stopped a staggering 49 shots the Oilers threw at him.
It’s the second time we’ve seen the Oilers take on these Avalanche under Jay Woodcroft, and both games took extra time for a conclusion to be found. In both games, the Oilers hung in there blow for blow all. night. long.
In this game, however, we saw a bit of a different style of game. A more methodical, May-style game, if you would.
“I thought we committed to playing a certain style of hockey that’s conducive to the hockey that’s going to get played in the month of May,” said Woodcroft. “We’re conditioning ourselves in that kind of atmosphere, that kind of environment. I thought the goaltending was excellent, I thought our penalty kill was excellent, I thought our sacrificing for our teammates was excellent.
“In the end, I really enjoyed watching our players compete extremely hard for one another.”
These types of games are becoming more and more common for the Oilers, and it’s the right time of year for them to happen. There’s just nine games left in the season before the dance begins, and Edmonton is just 13 magic points away from finding out their partner.
But no matter who it is, whether it’s the first, second, third or four round, I feel comfortable with this Oilers club. Sure, the goaltending is far from a strong suit, but both Mikko Koskinen and Mike Smith are playing some tremendous hockey. They’re hot at the right time.
The Oilers defence can still be a bit shaky, but that can be quelled by further strong commitments to defensive zone play from the forwards. And up front? It’s never been a concern.
Edmonton can score with the best of them in this league, but now, they have the depth through that group where they can comfortably roll three or four lines every night.
“I thought we had all four lines going,” said Woodcroft. “I didn’t have to look for players. We’ve had that down the stretch, we’ve been playing some good hockey here.”
These are some of the things that exude confidence in this team. Now the big question remains: have they learned enough from their mistakes in the past?