The Day After: Oilers come from behind to split series heading home 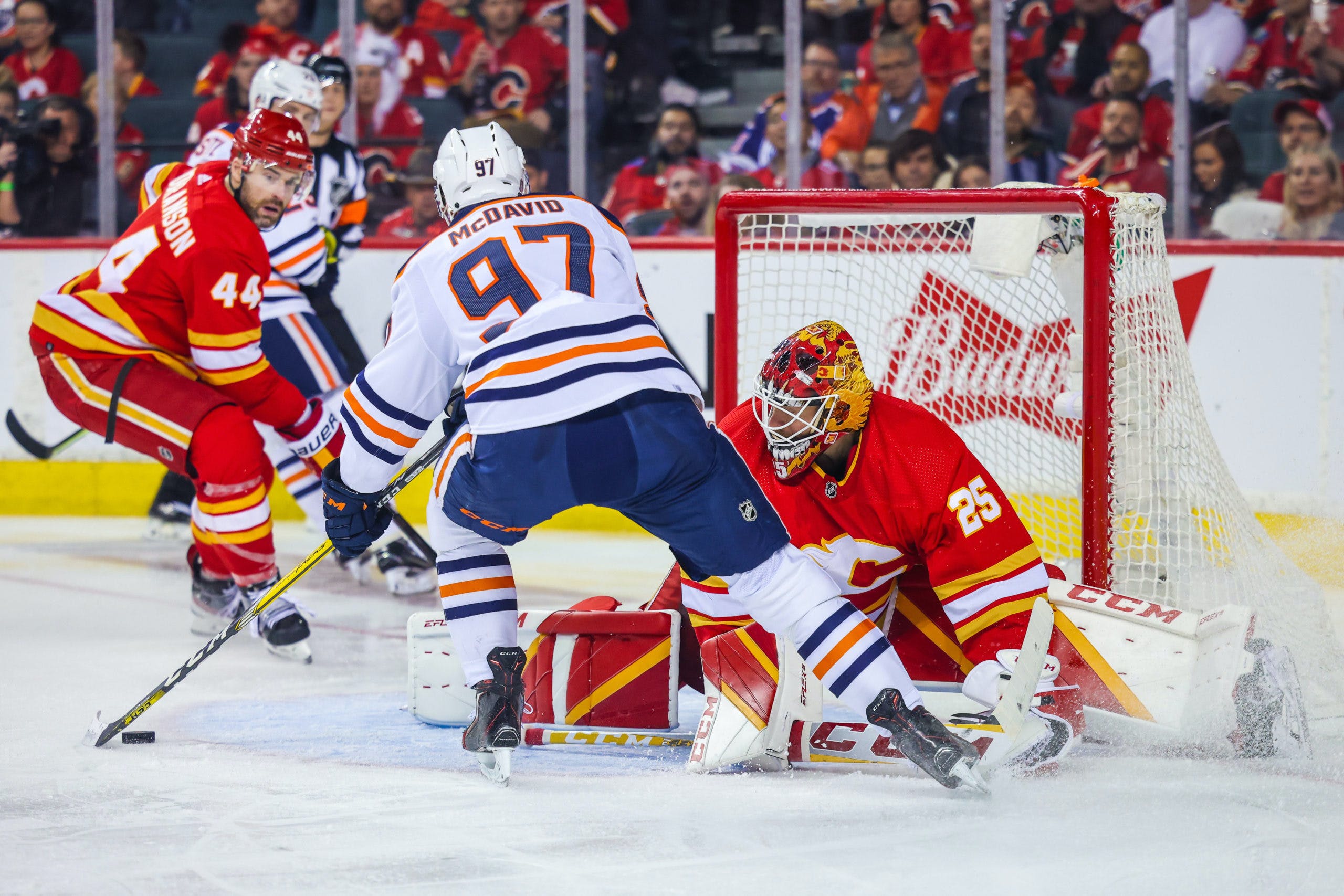 By Zach Laing
6 months ago
Game two felt a lot like game one — at least early on.
I mean, the Flames took a two-goal lead once again in the first six minutes of the game, but the Edmonton Oilers launched a seemingly insurmountable comeback to win 5-3.
It was a slow, methodical process and despite that aforementioned deficit, the Oilers settled right into their game. On the journey to victory, Edmonton had its fair share of adversity to fight through. After all the Oilers had two goals called back that mucked things up.
But no matter how you cut it, this team willed itself to victory.
“You just got to keep working. All that matters is you get the win, right?” said Oilers forward Zach Hyman, who scored the game-winning goal shorthanded. “I think we just did a good job battling. We were down two goals early in the second off a too many men penalty, then just scored.”
And score they did.
Duncan Keith broke it open late in the first period for Edmonton, and despite Tyler Toffoli making it a 3-1 game 2:04 into the second, Edmonton just stuck with it. They didn’t panic, they played their game, and made the most of the powerplay opportunities they were given.
Connor McDavid made some absolute magic in the offensive zone bouncing off Nikita Zadorov before driving to the net to make it a 3-2 game. Then, with five minutes left in the second, an Evan Bouchard powerplay point shot made its way into the net.
Come the third, it was Zach Hyman who would not be stopped. He made the most of a shorthanded chance cashing in on a shorthanded breakaway, while Leon Draisaitl scored on a breakaway of his own to stretch it to 5-3.
“I thought we deserved to win the game tonight based on hard effort alone. I thought we paid the price required to win a game in the second round,” said Oilers head coach Jay Woodcroft. “Our competition level was excellent. Our execution level coming out of our own end was really good. We found a way to score, win the special teams battle. In the end, I thought to a man everyone was more competitive.
“We found a way in a tough environment to score seven goals. Two of them got called back of course, but we found a way to score seven. We cleaned up a lot of things defensively. It’s a good sign for our group as we move forward.”
You talk about big games, and there were few bigger for these Edmonton Oilers. Now, they head home after getting a massive split in Calgary.

Folks, we have ourselves a series.
After a track meet in Game 1 where the Calgary Flames and the Edmonton Oilers both played fairly poorly, we got a Game 2 where the teams were pretty good in most game situations. In a game punctuated by a lot of special teams play, with advantages skewed towards the visitors, the Oilers battled to a 5-3 victory over the Flames in Game 2.
This series is tied 1-1 headed back to Edmonton.
…
Through two periods, the Flames were the team that took too many penalties and made too many mistakes – some of which resulted in penalties and some of which resulted in good scoring chances for the Oilers. But Markstrom and the penalty kill were good enough to hold the Flames in the game through 40 minutes.
But with the game up for grabs, the Oilers were better at key moments than the Flames. The Flames made key mistakes at key times, and that was the difference in a really tight, evenly-matched hockey game. – Ryan Pike, Flamesnation.