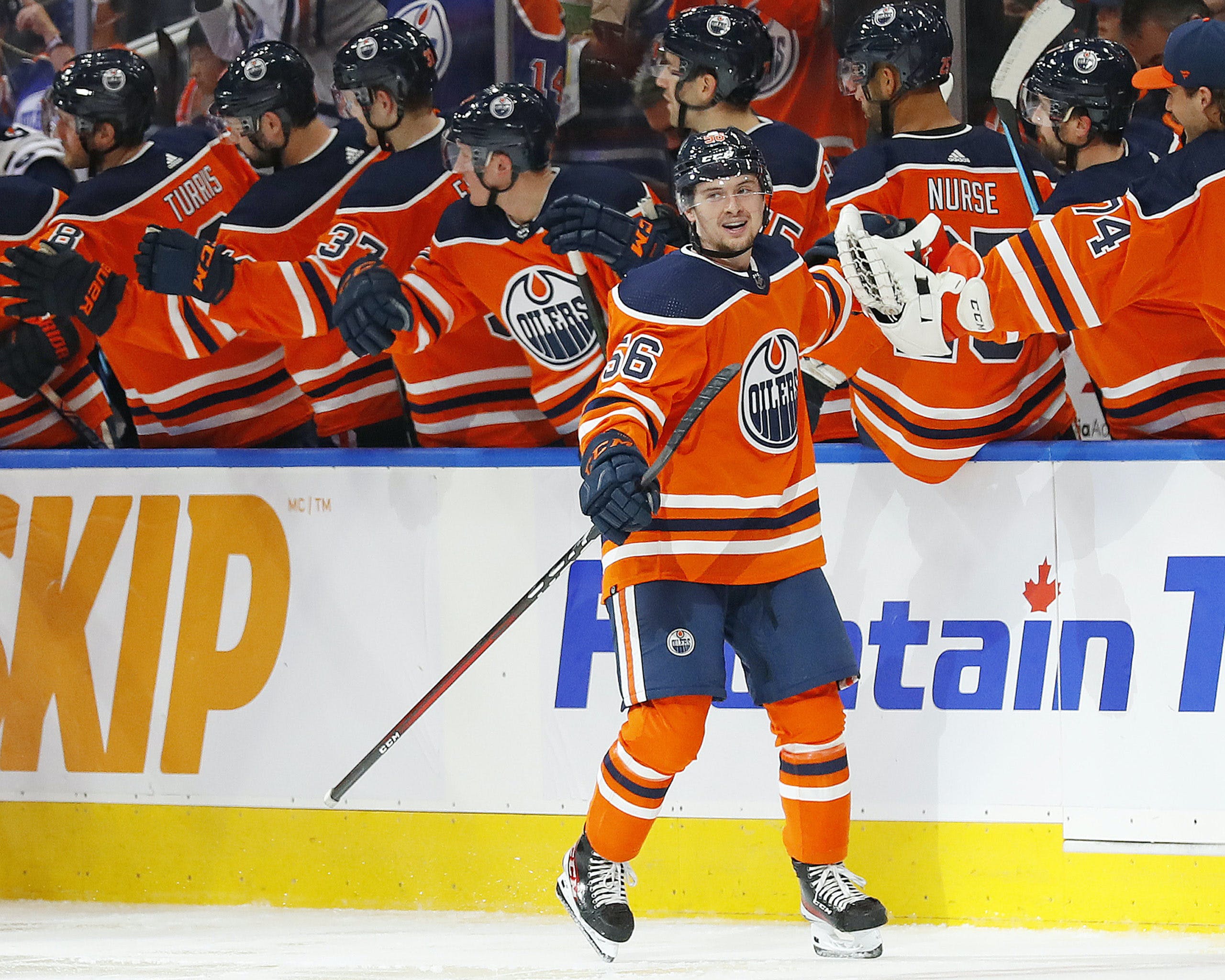 By Zach Laing
1 year ago
Blink and you’ll miss it. That’s how quick Leon Draisaitl’s release was on both of his goals that propelled the Edmonton Oilers to a 5-2 win over the Nashville Predators Wednesday night.
His first of the night came on the powerplay, while number two came at even-strength. That first tally, however, has helped to keep the Oilers special teams rolling.
Following last night’s win, the Oilers powerplay has stayed red hot operating at a 46.4 percent clip — far and away the best number. Sure, small sample size, but as I mentioned on last night’s Beer Cast with Baggedmilk, it’s not unrealistic to see that number stay as high as 35 or 36 percent.
But it’s not just the powerplay that’s clicking for Edmonton. Through nine games this year, the Oilers penalty kill has operated at an 88.9 percent clip.
“(Edmonton Oilers assistant coach) Jimmy Playfair does a great job with our guys, they’re pretty dialed in,” said Oilers head coach Dave Tippett after the win. “It takes a little bit at the start to get a feel… it took a little bit to get everyone up to speed, but both our special teams are really, really good.”
According to hockeyviz.com, Edmonton’s special teams expected goal rates are nothing short of incredible. On the powerplay, they’ve generated offence at a 107 percent rate above league average, and on the penalty kill, defence at a 15 percent rate above league average.
While expected goals isn’t the most reliable statistic to look at in terms of special teams, but it still paints a picture of just how effective they are.
One big part has been Evan Bouchard, who has stepped into a big role on the Oilers penalty kill.
“To be a good penalty kill, you all have to be on the same page,” said Bouchard. “Everyone has to know what they’re doing. We prepare well and it’s an honour to play on the penalty kill.”
Since Tippett has stepped in as head coach of the Oilers, the teams penalty kill has been well above average and this year, it appears they’re well on pace to continue to do so.

Nashville Predators forward Filip Forsberg missed Wednesday’s game against the Edmonton Oilers and is listed as week-to-week with an upper-body injury after he left Tuesday’s game following a collision in the third period.
Goalie Connor Ingram made his second career NHL start, too, during a day filled with news for the Predators, who also announced they will retire Pekka Rinne’s number on Feb. 24 and said beginning Nov. 13, fans attending games at Bridgestone Arena no longer will have to show proof of COVID-19 vaccination or a negative test.
All the while, the Predators were aiming for their fifth consecutive victory, a night after defeating another top team in the league, the Calgary Flames, in overtime.
The Oilers had other ideas, though, in a 5-2 victory at Rogers Centre in Edmonton, Alberta.
Leon Draisaitl scored with two seconds left on the Oilers’ power play with 13 minutes, 17 seconds left in the first, their 15th goal in 27 power plays this season. It was his eighth goal of the season.
Matt Duchene tied the score 11 seconds later, a night after he scored the overtime winner in Calgary, his fourth goal this season after scoring just six in 34 games last season.
The Oilers added an empty-net goal with 3:10 left. – Paul Skrbina, Nashville Tennessean