The Day After: Too little too late, Oilers end road trip with loss after spotting Jets a four-goal lead 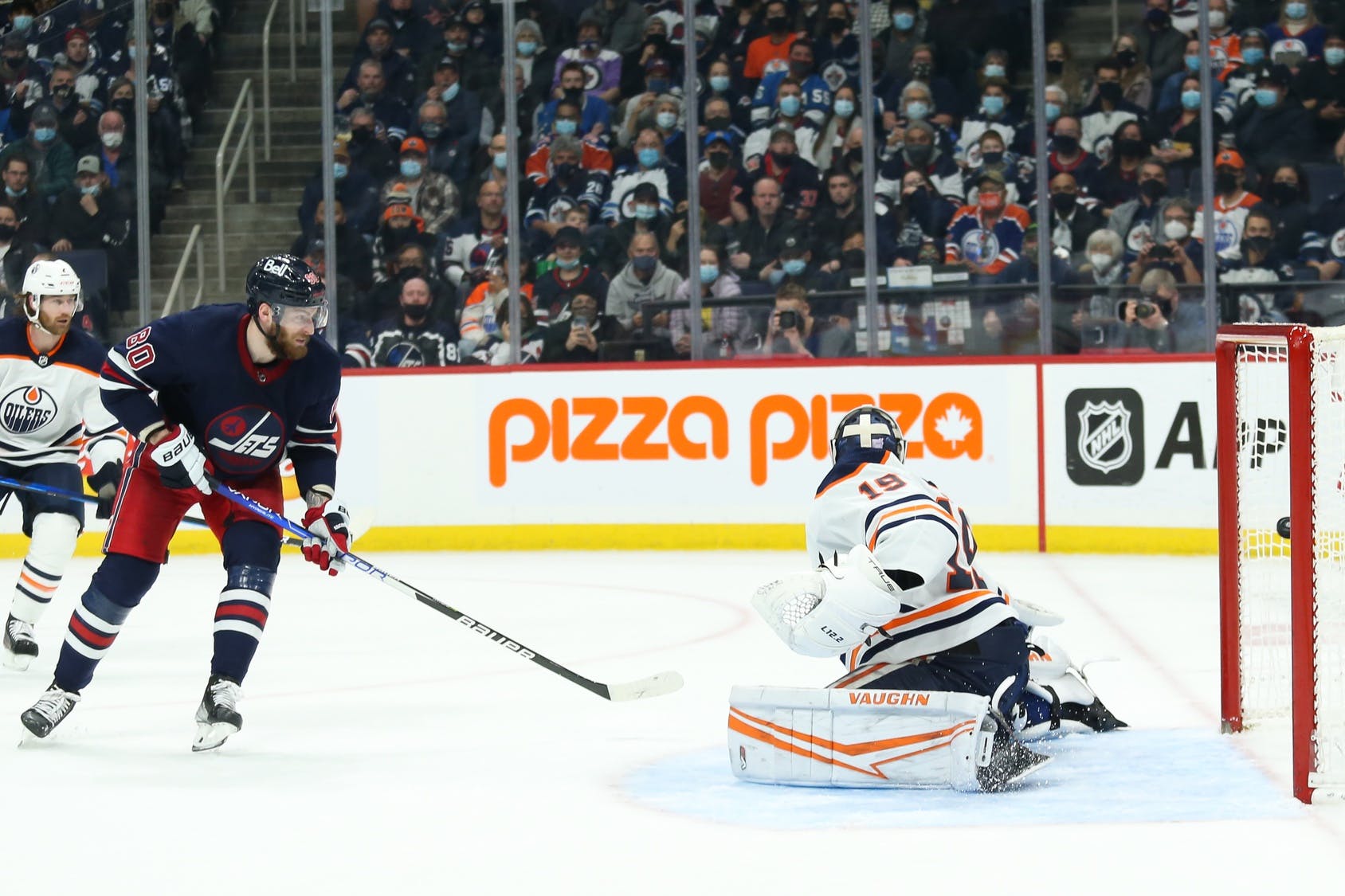 By baggedmilk
1 year ago
That ain’t it. Final Score: 5-2 Jets
Seeing as this was the first time the Oilers and the Jets faced off since the boys got swept back in round one of the playoffs, I had high hopes that we’d be seeing the boys hit the ice with a chip on their shoulders and hatred in their hearts. Not that I expected everyone to still be pissed off about the way things went necessarily, but I did want them to play with an added sense of purpose. Was that too much to ask? I didn’t think so. Yet, as we’ve seen way too often lately, the Oilers found themselves down on the scoreboard in the first couple of minutes after another sluggish start led to them being in a hole once again. I mean, it would have also been nice to get a save on the first shot of the night too but I digress. The point here is that the Oilers keep putting themselves in situations where they’re chasing the hockey game and that’s not going to work more often than not.
Moving into the second period, the Oilers started out well enough but they couldn’t actually get anything done on the scoreboard, which is an obvious problem. Down at the other end of the ice, the Jets were having no such problems as they were able to tack on a trio of goals to increase their lead to a field goal + a rouge. Down by four and struggling to put two shifts together, this did not feel like it was going to be a comeback night for the Oilers but the boys started the frame with a little bit of hope. With two goal scored in the span of 1:16, Edmonton was able to halve the lead with a dose of power play brilliance but the gap was simply too big to overcome. It was the kind of night where the goaltending couldn’t bail out the mistakes and the team couldn’t score enough to cover up the weak goals against, and when you put those two things together then you’ve got a recipe for an ‘L’ on the board.
At the end of the day, it’s nearly impossible to win in this league when you spot the other team the kind of lead the Oilers gifted Winnipeg with through forty minutes. 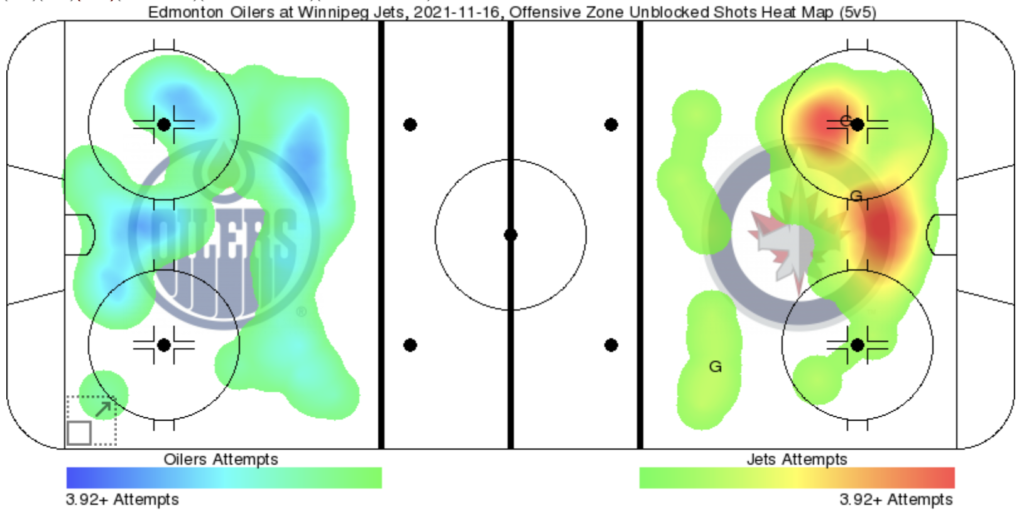 Arguably, the biggest obstacle goaltender Connor Hellebuyck has faced up to this point has been becoming a new father, you know, along with attempting to build that cradle during the off-season. But now, he’s preparing to take on one of the top offences in the league that’s led by two generational talents, easy enough right?
Historically, Hellebuyck has certainly endured his fair share of rough performances against the Oilers, as he owns a career 9-10-1 record, 3.35 goals-against average and a .893 save percentage over 20 games played. Last season, the 28-year-old witnessed those metrics fall even farther, resulting in a troubling 3.96 goals-against average and a .877 save percentage through seven contests.
Granted, Winnipeg’s defence has considerably improved from a season ago, thanks to the additions of Nate Schmidt and Brenden Dillon. While those two acquisitions have taken some pressure off the 2019-20 Vezina Trophy winner, he’s still faced 64 high-danger shots on goal at 5-on-5 this season, which is tied for 14th-most among all goaltenders in the league.
Tonight, Hellebuyck was excellent for the Jets (32 saves and a .941 save%) and he gave them the kind of goaltending they needed to prevent a comeback and lock down a fifth straight victory over an Edmonton Oilers team that can’t quite figure his team out.