The Day After: Oilers close out the series with massive 2-0 win over the Kings 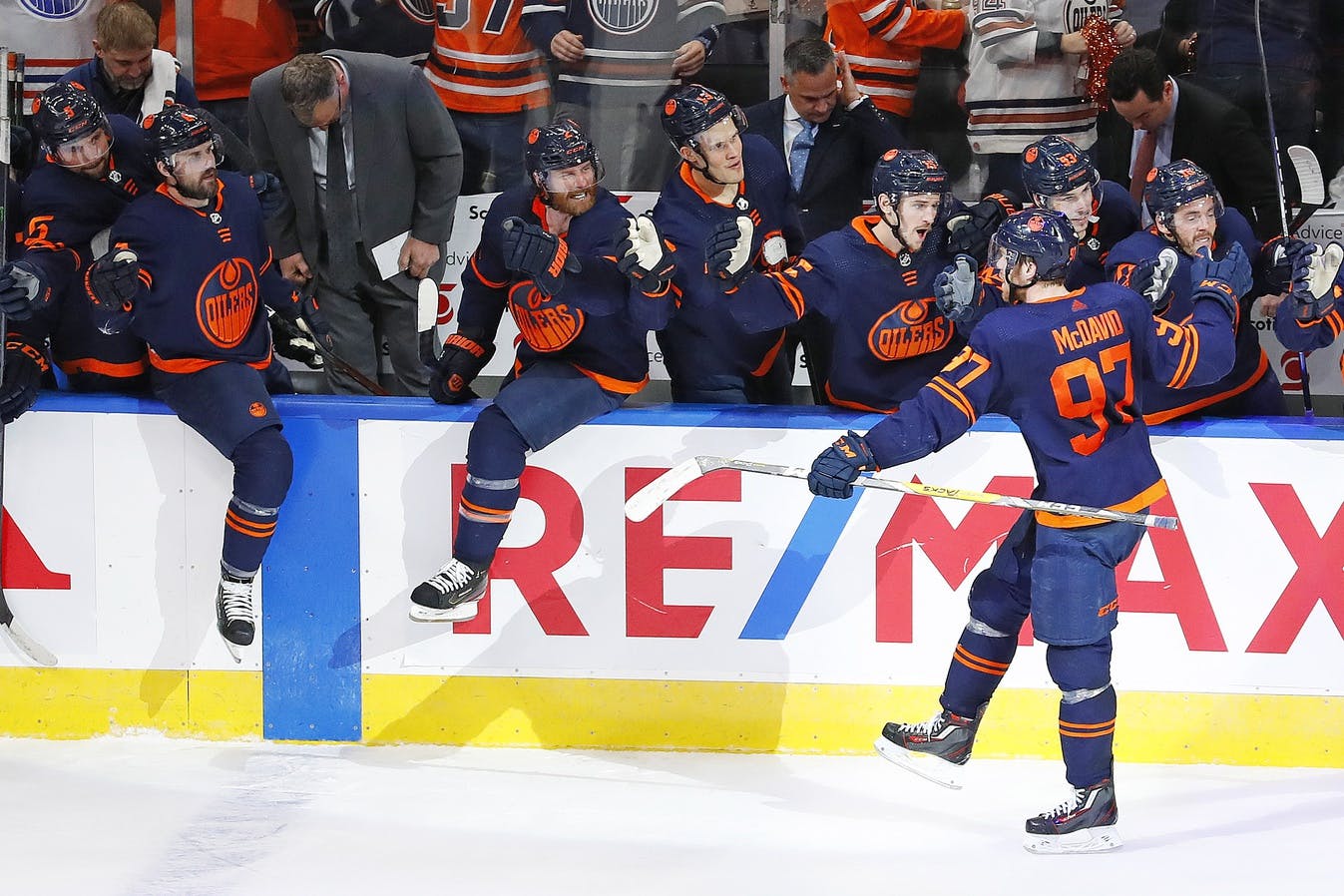 By baggedmilk
8 months ago
Game 7, baby! Oilers wrap up the series with an impressive 2-0 win over LA.
I don’t know that I’ve ever had a day as filled with excited nerves and stress about something beyond my control as I did yesterday. From the moment I woke up until the moment I walked into Rogers Place, my heart was pumpin’ and once I heard the crowd’s roar long before the game had even started, I knew my nerves weren’t going to get any better over the next three hours. So when the puck finally dropped, I could barely hear myself think and I knew in my bones that keeping the crowd engaged was going to be a crucial part of getting the job done. If the Oilers could just get themselves going early then I felt it in my bones that they would not be denied. And even though they didn’t necessarily get that hot start — Jonathan Quick was excellent for the Kings — the Oilers kept finding ways to keep the Rogers Place faithful buzzing even when the stress levels were off the charts.
From the moment @Connor McDavid laid @Sean Durzi out on his first shift of the night until La Bamba blasted over the speakers, it always felt like this game was going to be ours in one way or another. Led by their captain, the Oilers were far and away the better hockey team, and even though they couldn’t get on the board until the back half of the second period, I never felt like the game was slipping away. Yes, it was stressful to have the score tied for as long as it was and only having a one-goal lead for longer than we’d like, but it also seemed like the boys were playing so well that they couldn’t be denied forever. I was lucky enough to go to four games in that series, and from my perspective, that was easily the most complete game the boys played and I say that also having been at the 6-0 and 8-2 wins. The Oilers played their best hockey when they needed to and because of that reason, we’re moving onto the second round and I could not be more excited.

“I thought we tried to put an emphasis on playing the game right. Making sure that our numbers were tight, there wasn’t big separation between our players. Ever since Dave Manson and I came up from Bakersfield, our work back to our own end has been a real focal point for our team. Being organized in how we work back to our own end. I thought tonight, in one of the most pressure-filled situations of our year — in fact, in the last two elimination games we were facing — we had habits that held up under pressure and that’s a good sign for us moving forward.”

Todd McLellan on the small picture disappointment versus big picture pride
I think they’re small picture, big picture. Small picture, we’re disappointed. We, I, on behalf of the group, said we’re in this to win it. We weren’t just coming here to gain experience and when you’re all in, and you want to win and you don’t, it’s disappointing. There’s a lot of water-filled eyes in there, grown men, that are feeling that way, because we were all in and it stings right now. Now, there’s the other side of the coin, where the organization, four years ago, came up with a plan about transforming the team, changing the way we play, the identity of the group, bringing younger players in, relying on the older, veteran players and that was a positive throughout the year. Obviously, the injuries were something that we had to overcome, but that’s just a part of year-long adversity. We got a good lesson in dealing with that, we’d like not to do that again. I thought there was growth, not only in our young players, we talk about them all the time. We talk about the young draft picks coming and doing their thing, I thought there was growth in some of our older players as well, adapting to a new way of playing, adapting to different roles. Small picture, a lot of pain right now. Big picture, some satisfaction and I’ll finish my statement off by saying that tomorrow morning, next year starts and based on experience, that’s going to be one, tough year.