The Day After: Oilers extend their winning streak with 6-1 pummelling of the Buffalo Sabres 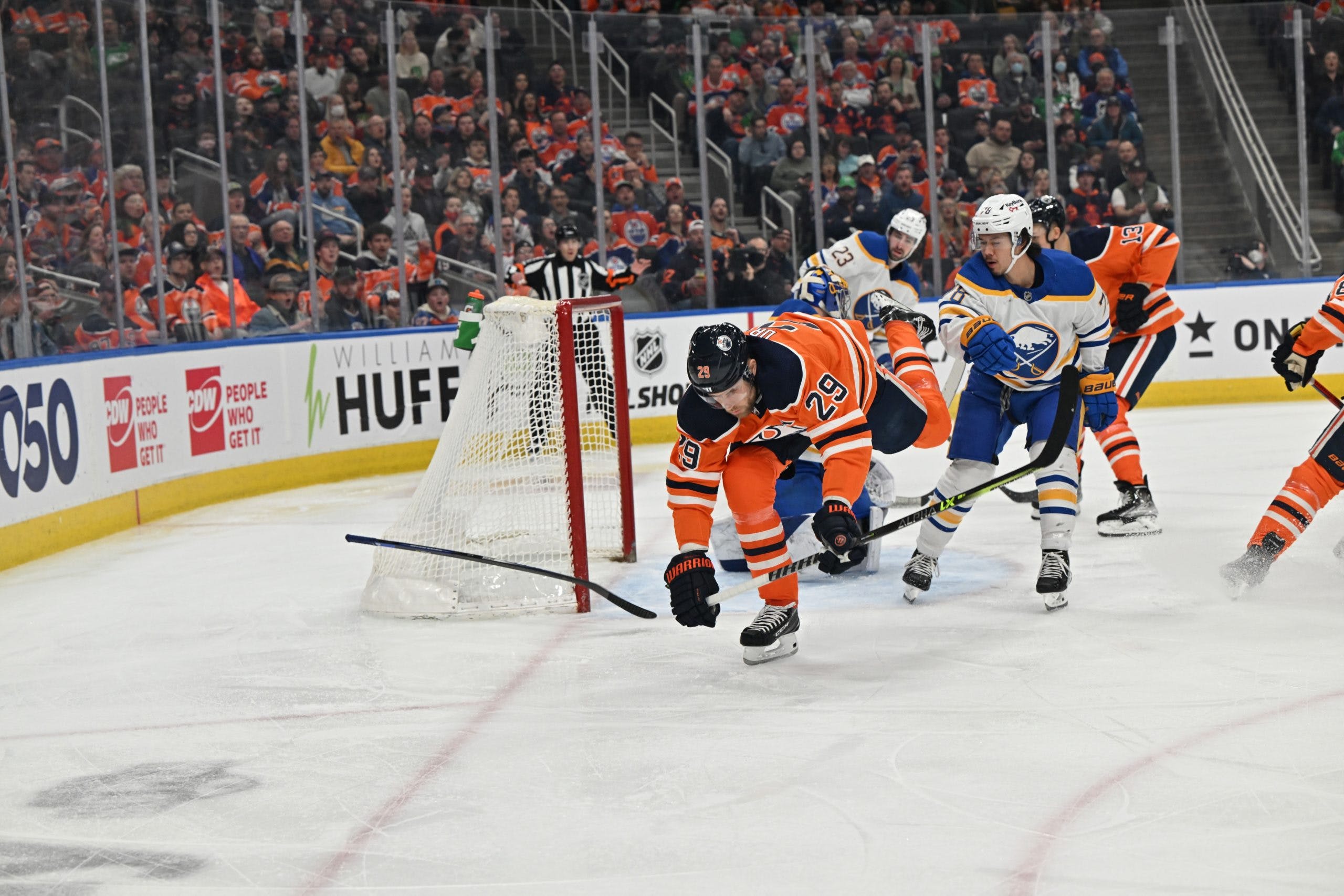 By baggedmilk
8 months ago
That’s how you do it, baby. Oilers were dominant in a 6-1 win over the Sabres.
If there’s one thing I’ve been saying countless times over the past few days, it’s that the Oilers needed to find a way to run the table this week against the Red Wings, Sabres, and Devils. Seeing as the playoff race is as tight as it is and only going to get more stressful as the days go on, collecting points against the garbage teams is what the good playoff teams do and it’s a goal the Oilers need to set for themselves every single time the opportunity arises. Rather than playing down to their opponent as we saw against the Red Wings, the boys need to expect more from themselves and find a way to flex on these playoff-less shlubs rather than letting them hang around and compete when they shouldn’t be able to. Even though the Sabres have been playing better lately, I consider them to be a team that shouldn’t be standing in our way. They’re a team the Oilers needed to beat, but it was going to take more than a half-assed effort to make it happen.
From the moment the puck dropped, the Oilers looked like they weren’t about to let the Sabres come into their house and start rearranging the furniture if you know what I mean. Instead, the Oilers had all kinds of energy and the Sabres had a real hard time dealing with the pressure. Rather than playing down to their competition, what we got was an Oilers team that was clearly in no mood to have another bottom dweller walk into Rogers Place and dictate the play, and right from the jump, it was the home side that tilted the ice in their favour. Unlike what we got against the Red Wings, there was no dip in the boys’ play after grabbing the lead nor was there any periods where it felt like the tides were starting to turn in Buffalo’s favour. Sure, there was the odd shift when the Sabres were able to get something going, but for the most part, the Oilers handled their business and gave the fans at Rogers Place more than a few reasons to get the wave going. Not only did they extend their winning streak to four games, but they also put in the kind of performance that’s going to help get them into the playoffs.
That’s two more points in the bank, boys. LFG.

Even when expressing pride in what the Buffalo Sabres are building, Don Granato has been careful to manage expectations.
Under the spotlight last week with Jack Eichel back in Buffalo and when skating outdoors in the Heritage Classic, the Sabres earned consecutive wins that showed this latest rebuild has a stronger foundation than those of the past.
The camaraderie on and off the ice – most notably Dylan Cozens finishing a check in response to Auston Matthews’ vicious cross-check on Rasmus Dahlin – and the continued improvement of the young core had fans envisioning what this group can accomplish in the future.
A 6-1 drubbing at the hands of the Edmonton Oilers on Thursday night in Rogers Place was the latest reminder that franchise-altering change takes time and patience.
“We didn’t skate,” Granato said after the loss. “Everything we did was slow. Even when we had the puck and we had time and space, we didn’t take the ice aggressively. … Even in non-competitive areas we didn’t look like ourselves.”

On the latest episode of Better Lait Than Never, I run through all of the reasons why the Oilers are going to make the playoffs, what they should do at the deadline, and why Mike Smith scares the shit out of me. Subscribe on Spotify, Apple Podcasts, Google Podcasts.
News
Post Game
Recent articles from baggedmilk