The Day After Highlights 15.0: Edmonton Oilers lose to Carolina Hurricanes 7-2 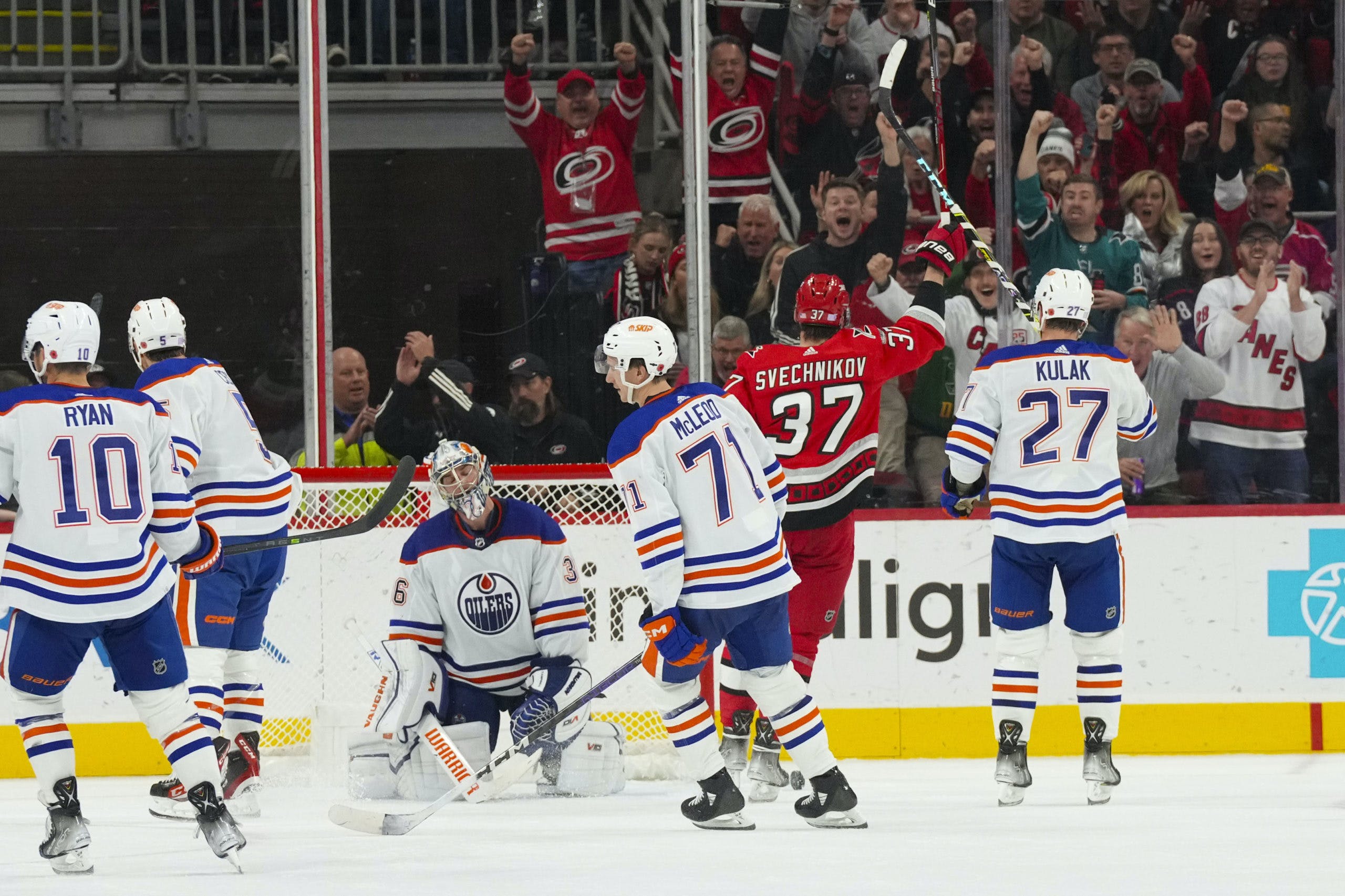 By Zach Laing
2 months ago
The Day After is brought to you by NHL odds site Betway!
That was a tough one.
On a night where the Oilers really needed another big game, they had the furthest thing from it. Jack Campbell had a brutal performance in goal, but none of the skaters in front of him offered much help.
Ultimately, it led to the ‘Canes punishing the Oilers 7-2.
Carolina had three goals in the final six minutes as the Oilers appeared to fold before our very eyes, but issues long before that cost them the game. While they started out the game playing with some pace bringing the game to Carolina, but it was short lived.
The Hurricanes scored in the final minute of that first period, and again early in the second to get a 2-0 lead. Carolina put another dagger in the Oilers’ heart with under second left in the second as a weak Jordan Staal backhander fluttered past Campbell.
Oh, and that’s without even mentioning Andrei Svechnikov’s second hat trick in as many games against Edmonton.