The Day After: Incremental improvements lead to another win 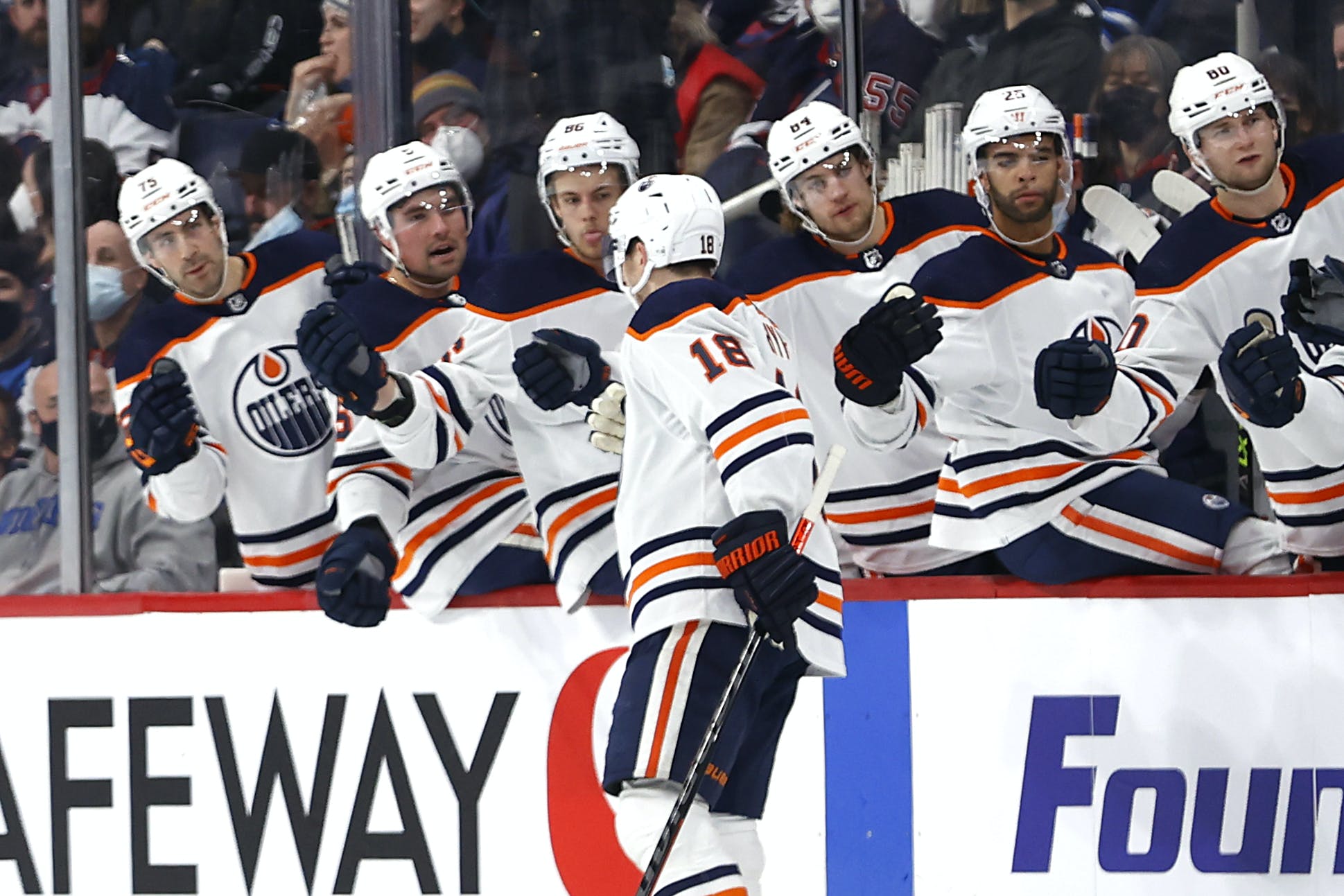 By Cam Lewis
9 months ago
It’s difficult to find anything to complain about when you’re playing as well as the Oilers have been as of late.
With Saturday afternoon’s 4-2 victory over the Jets in Winnipeg, the Oilers have won five games in a row, matching their five-game heater right out of the gate in October for the longest streak of the season. The team remains undefeated in the Jay Woodcroft era.
If you felt the need to reach, you could say that the special teams have been poor. In Edmonton’s last win, a come-from-behind effort against the Anaheim Ducks, the Oilers allowed back-to-back power-play goals after Darnell Nurse and Tyson Barrie were called for tripping infractions.
It didn’t matter much, as the Oilers erased Anaheim’s early lead with a late goal of their own and three more in the second frame before running away with a casual 7-3 victory. But if there was one negative to draw from the game against the Ducks, it was the inability to kill a penalty, as Edmonton came into Saturday with a 77.1 penalty kill percentage that ranked below league average.
Just as has been the case through the entirety of the Woodcroft era thus far, the Oilers took their biggest fault from the previous day and solved it the next.
The Jets were gifted a golden opportunity to find themselves in control of Saturday’s matinee early on. Five minutes into the game, Brendan Perlini was called for hooking. 30 seconds into the kill, Zach Hyman goes to the box for high-sticking. Winnipeg has a five-on-three advantage for well over a minute.
Unlike in the Anaheim game, Edmonton’s special teams came up big. They killed off both of the penalties and the best chance of the entire sequence comes when Perlini comes out of the penalty box and goes on a partial breakaway. Hyman would wind up giving the Oilers the 1-0 lead a few minutes later when the Jets were the ones on the penalty kill.
“I really thought our penalty kill stepped up tonight,” Woodcroft said after the game. “Especially early in the game. It would’ve been easy to hang our heads down five-on-three the way we were. There’s a lot of warriors there that were diving in front of pucks. I think it was six or seven penalty kills against and only three powerplay shots against. That’s a credit to our penalty kill which is starting to build some confidence.”
That’s been the theme under Woodcroft thus far. No longer are the same flaws present night after night.
It’s only been a few games, and it isn’t anything new to see a team get a spark with a new coach behind the bench, but Edmonton’s play under Woodcroft has been incredibly encouraging, especially when you can see the team making tangible game-to-game improvements.
Mikko Koskinen played his first game with Woodcroft behind the bench on Saturday, as he’d been out the past few games while in COVID-19 protocol. Koskinen was just as solid as he needed to be, stopping 22 of the 24 shots the Jets threw his way.
It’s safe to say he’s feeling good about the change…

It was a perplexing effort out of the gate and one that may have corrected itself long before Hyman’s 17th at 12:17 opened the scoring and extended his goal-scoring streak to three games.
Blessed with a 90-second 5-on-3 opportunity, instead, the Jets couldn’t muster a single shot on goal on a lifeless power-play that finished 1-for-6 on the night.
It was cumbersome and clunky, those 90 seconds, where the Jets seemed too determined to find the perfect pass, rather than peppering Oilers starter Mikko Koskinen with shots.
That reluctance to shoot nearly burned Winnipeg, too, as the best chance for either team came when Brendan Perlini emerged from the box after taking the initial hooking penalty and uncorked a shot that Connor Hellebuyck fought off.
From Scott Billeck, The National Post