The Day After: The Oilers Can Handle The Best In The West 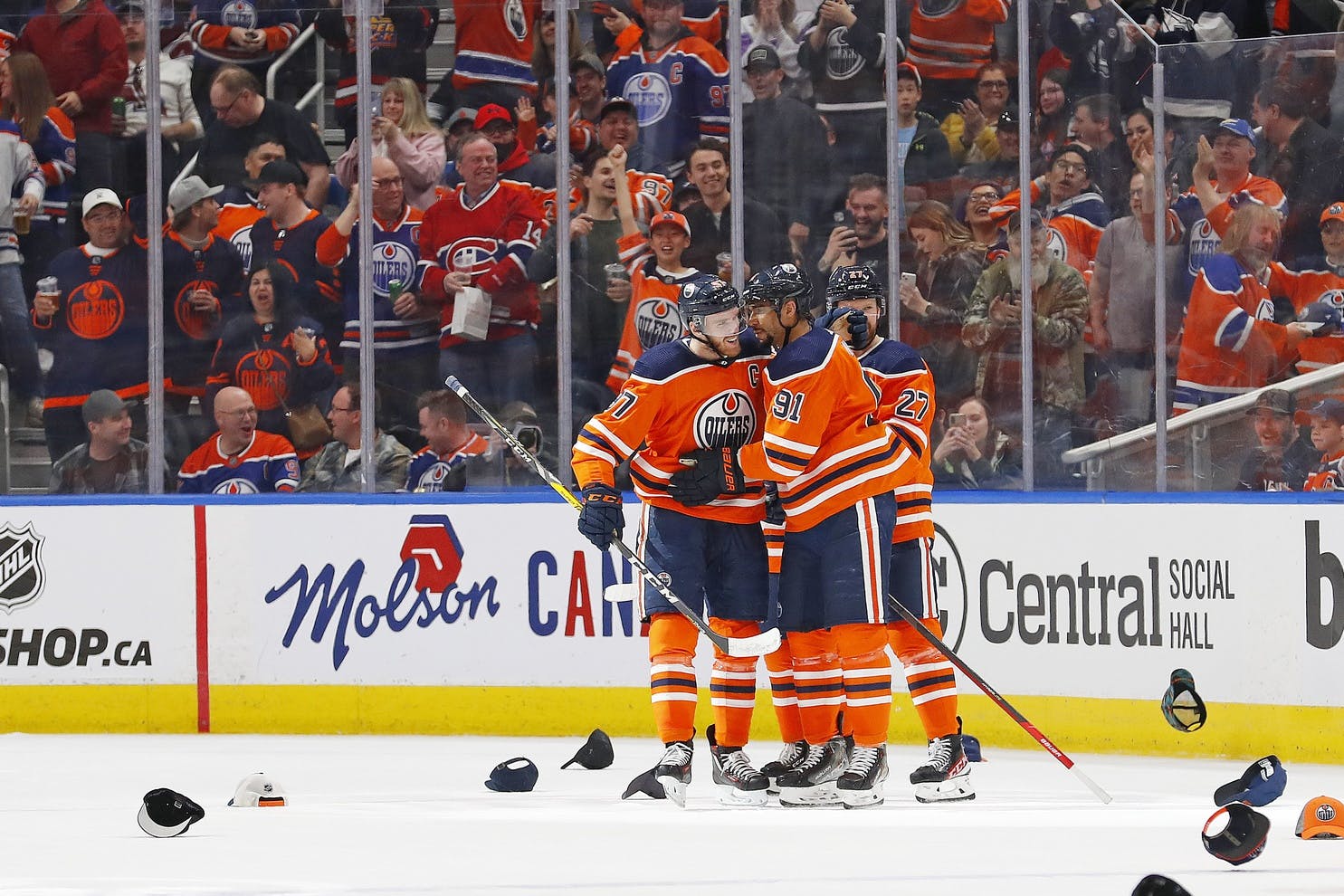 By Cam Lewis
7 months ago
The Edmonton Oilers came into Friday night’s game with a big task — beat the best team in the Western Conference, arguably the NHL, and you’re in the playoffs.
They did exactly that.
Valeri Nichushkin opened the scoring in the first period and Colorado skated into the intermission with a 1-0 lead. In the second, the Oilers exploded with four goals, led by a hat-trick by Evander Kane. Edmonton would add two more goals in the third period to run away with a 6-3 victory.
It was Edmonton’s first win against the Avs this season, as Colorado earned an overtime and a shootout win over the Oilers in their other two meetings this season. You can call it a well-timed slaying of the dragon.
While the Avs appeared to be the better team based on shots on goal, that doesn’t actually tell the full story. The Oilers were the better team in terms of possession, besting Colorado 43-to-38 in shot attempts, and they were superior at converting their possession into high-danger scoring chances, as they dominated the Avs 11-to-4 on that front.
The offence, especially the quick hat-trick from Kane, is what stands out, but this was a very impressive effort from the Oilers in terms of team defence. According to Natural Stat Trick, the Avs average roughly 11 high-danger chances per game at even strength, so holding them to just four is really something. 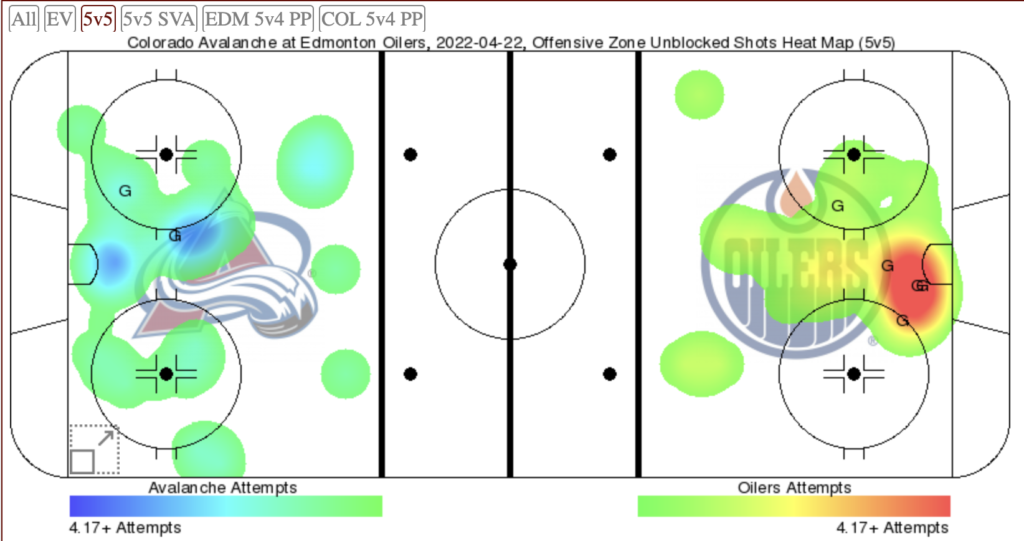 “Any time you join a team halfway through the season, it’s going to take you more than a couple of games to really get your game to where it was maybe the previous year. I’m continuing to develop some chemistry with my linemates. That takes a little bit of time, but I really like where things are at right now and I’ll just try to keep building on that.” – Evander Kane, on joining the Oilers mid-season.
“In a perfect world we would have liked for our season to have been a little more even-keeled, probably. But sometimes that is the way it goes. At the end of the day we are in. That is all that matters. That was goal No. 1. We are happy about that and proud of ourselves, but we are long from done.” – Leon Draisaitl, on clinching a playoff spot.
“We talk about adversity all the time, and there are two ways to go about it. You can feel sorry for yourself, or grab it and do something about it. And I really feel like going through the tough times this year really made this team stick together, grow and understand what it takes to win tight hockey games.
It’s easy to just stop playing when things are going bad, and give in. But it’s hard to battle through those tough times and to do something with it. Do something about it,” he said, “There are going to be times in the playoffs when it’s not going to go your way. But you’ve just got to stick with it, stick together as a group and good things will happen.” – Mike Smith, on overcoming struggles earlier in the season.