The Day After: The Oilers have no answer for the Avalanche By Cam Lewis
7 months ago
It’s officially do-or-die for the Edmonton Oilers.
After winning two games at home in Colorado, the Avalanche rolled into Edmonton and silenced a rocking crowd with a 4-2 win that put them up 3-0 in the Western Conference Final.
The key for the Oilers was to capitalize on the energy of their fans and get off to a hot start. They did precisely that, as Connor McDavid scored his ninth goal of the playoffs just 38 seconds into the game. Unfortunately, the air was let out of the balloon as the Oilers spent nearly half of the first period killing penalties.
Evander Kane drilled Nazem Kadri into the boards from behind and was given a five-minute major for boarding. Shortly after that was killed off, Darnell Nurse took a delay of game penalty. Major props to Edmonton’s penalty kill for fighting off seven minutes of power-play time for the lethal Avs, but the much-needed momentum from McDavid’s quick goal had been squashed mid-way through the first period because the Oilers had to focus on defending rather than pushing forward.
Val Nichushkin tied the game late in the first and then put the Avs up 2-1 in the second. Ryan McLeod tied the game at 2-2 in the third period and the Oilers were given a golden chance to pull ahead when J.T. Compher took a tripping penalty. Evan Bouchard wired a shot from the point that drilled the post and Compher wound up getting a weak one through Mike Smith’s pads on the other side.
It was a massive turn of events, one that the Oilers simply couldn’t bounce back from. The Avs would slam the door in the remaining minutes of the third and Mikko Rantanen scored an empty-net goal to put the game away.
Mike Smith stopped 39 of 42 shots in his best outing of the series but he allowed a backbreaking softy when his team needed him the most.

“A game of inches … it showed there. If that’s an inch on the other side for [Bouchard] it’s in. Not a great situation, but not over.” – Connor McDavid.
“We’re going to process the game. We’re going to make a couple of tweaks here and there. We’re coming in with the [same] mindset as we’ve had all year long, which is we’ve got to win one hockey game.” – Jay Woodcroft.
“He’s out, he’ll be out for the series at least, if not longer. The hit, it’s the most dangerous play in hockey. He puts him in head-first from behind, eight feet from the boards. I’ll leave it at that.” – Avs head coach Jared Bednar on Evander Kane’s hit on Nazem Kadri.
“I don’t like it. Those are the ones that kind of give you the chills down your spine, and you’re taught from a young age that you don’t do that, and especially in that distance from the boards. It’s a dangerous play, and, yeah, I don’t know what else to say. I’m sure they’ll take a look at it. – Gabriel Landeskog on Kane’s hit.
“I was just coming in on the backcheck. Puck went wide, kind of dribbled into the corner. I know he likes to reverse hit. I was just trying to get a bump on him, that’s really all I did. Unfortunately he went into the boards awkwardly and hurt his hand.” – Kane justifying the hit.
“You lose a guy of Naz’s stature and the role that he plays, someone has to step up, if not multiple guys,” said Bednar. “His role will be filled by committee. I mean, that’s how big of a player he is for us. It could be one guy one night and a different guy the next. I’m comfortable with it. Obviously it’s a huge loss but it’s out of our control. So we’ve got to move on and next man up mentality and we’ve been doing that all year.” – Bednar on Kadri being out for the seires and possibly longer. 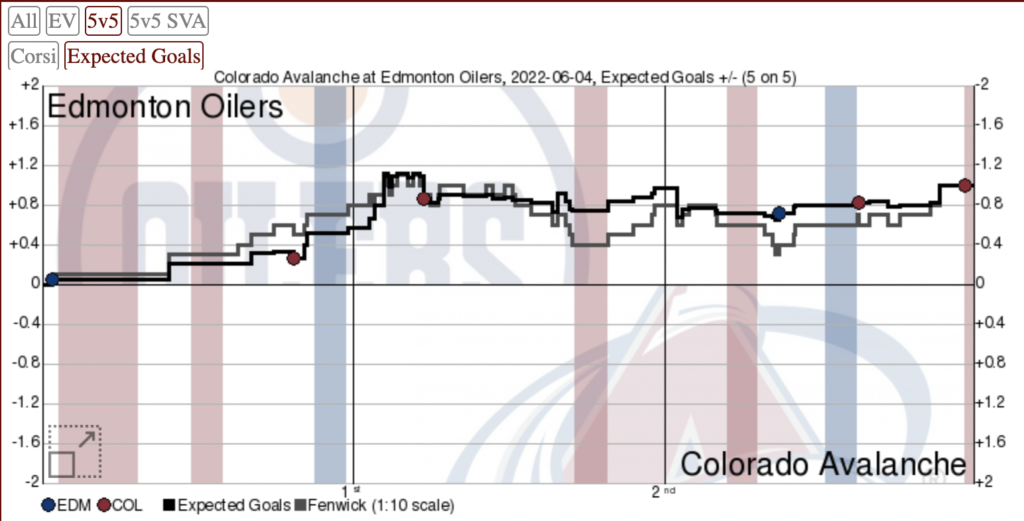