The Day After: The Oilers tie their first-round series thanks to their best playoff showing since 2017 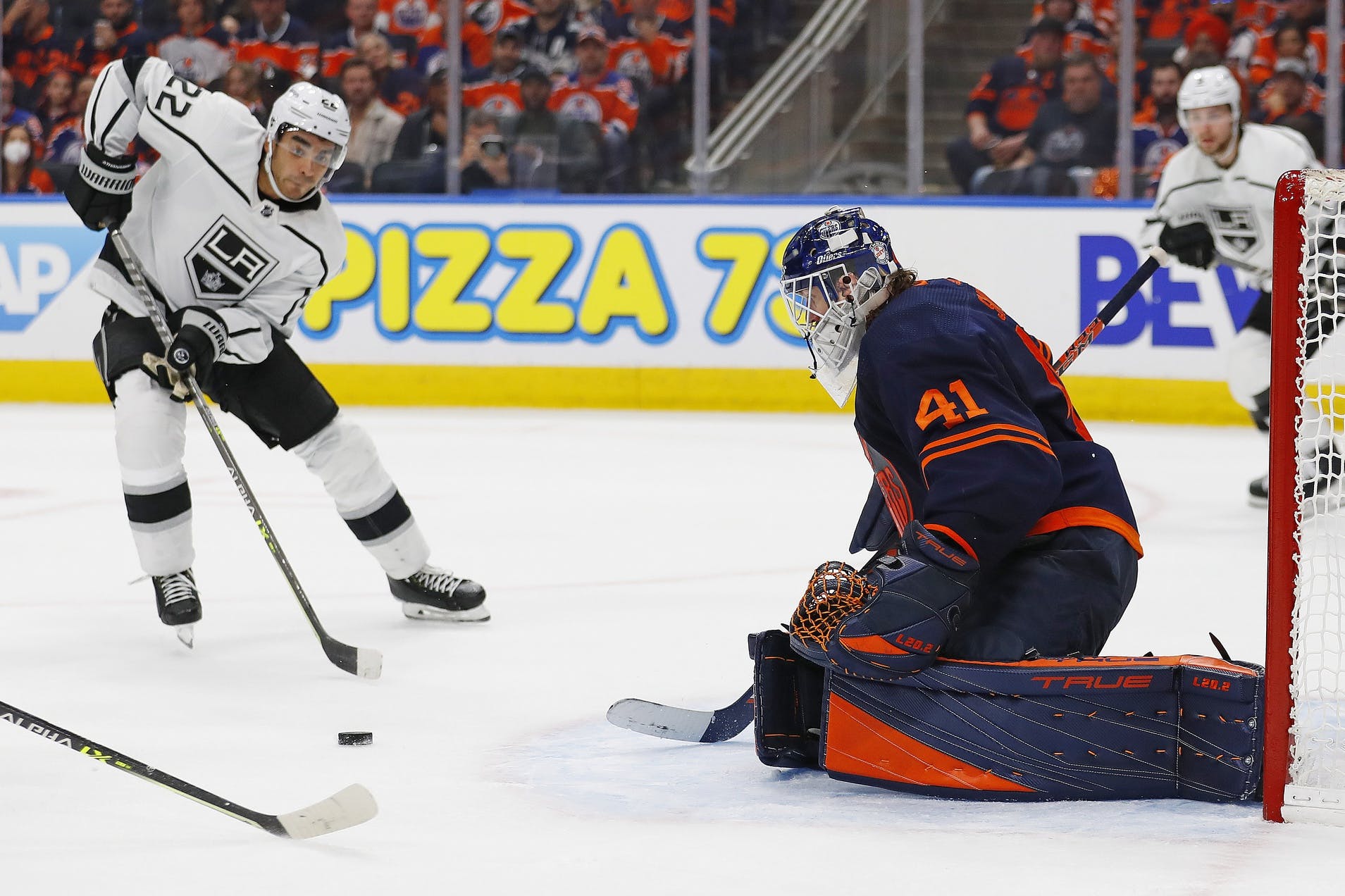 By Cam Lewis
6 months ago
It’s been a long time since we’ve seen the Oilers put together as dominant of a game in the playoffs as the one we saw on Wednesday night.
They were swept in the first round of the All-Canadian Division last season and they managed just one win in the bubble playoffs back in 2020. In order to find the Oilers’ last dominant, top-to-bottom spanking of their opponent in a playoff game, you have to go back to the last time there were fans in the building — May 7, 2016.
After a pair of heartbreaking losses to the Anaheim Ducks, including one that featured a blown three-goal lead, the Oilers came into a must-win Game 6 at home and exploded for a 7-1 victory.
While this wasn’t technically a must-win game, it sure felt that way heading into Game 2 given the way things have gone for the Oilers in the playoffs the past couple of years. The last thing this team wanted was to go back to Los Angeles down by two games. Now, after a 6-0 win, they’re hitting the road with all of the momentum.
The Oilers came out of the gate flying but couldn’t get anything past two-time Stanley Cup winner Jonathan Quick in the first period. On the flip side, Mike Smith, who threw away Game 1 with a costly turnover late in the third period, was solid when he needed to be behind a sturdy Edmonton defence.
Despite Quick’s strong play early on, the Oilers kept the pressure coming and finally broke through early in the second period. Leon Draisaitl scored a one-timer on the power-play to give the Oilers a 1-0 lead, and then, a few minutes later, Darnell Nurse scored a short-handed goal while Kailer Yamamoto was in the penalty box.
It quickly went from worrying that the Oilers would give their 1-0 lead away immediately to realizing this was a game that they weren’t going to lose.
There really wasn’t any point in which the Oilers took their foot off the gas in this game. They scored once more before the end of the second period to make it 3-0 and then they scored three more times in the third period to really run away with it. I wouldn’t blame anyone for still being anxious about the Oilers protecting a three-goal lead in a playoff game so it was nice to see the team continue to press forward rather than waiting back on their heels in a defensive shell.
High energy from the forwards, smart play from the defenders, and solid goaltending from Mike Smith. It was a top-to-bottom effort and the results speak for themselves. The Oilers reminded everyone on Wednesday that they’re the team to beat in this series.

“Sometimes you tip your hat to the opposition. They played a really good game. That’s called experience tonight. A lot of guys had their eyes opened up in terms of what playoffs is all about, and others were reminded to what playoffs are all about.” – Kings coach Todd McLellan on this game being a learning experience for his young team.
“Schmiddy was obviously great tonight. He was really sharp for us early on, especially on those penalty kills. He did a great job. Personally, i didn’t expect anything less from him. He’s so mentally tough. A mistake was made, it happens all the time, and had a great performance. We’ve got a lot of confidence in him as a group.” – Evander Kane on the team’s faith in Mike Smith.
“This is an electric building around this time of year and as players, you feed off the energy they bring. For us, we want to be playing as long as possible to be enjoying this as long as possible. It’s a lot of fun to have the fans not only in the rink, but after games celebrating. It gives a lot of life to the group.” – Darnell Nurse on feeding off of the energy from the fans.
“I said when Dave (Manson) and I came up from Bakersfield, we want to make this community proud. We want this team to embody the values of this community. It’s a credit to the players because they’re working their tails off. I’ve been on the other side of it in a playoff series as well (as a visitor) and saw how the fans spur the team on. I can tell you that everybody hears it in the dressing room.” – Jay Woodcroft on his first NHL playoff win.