The Edmonton Oilers season opening roster has been set, but more moves will come 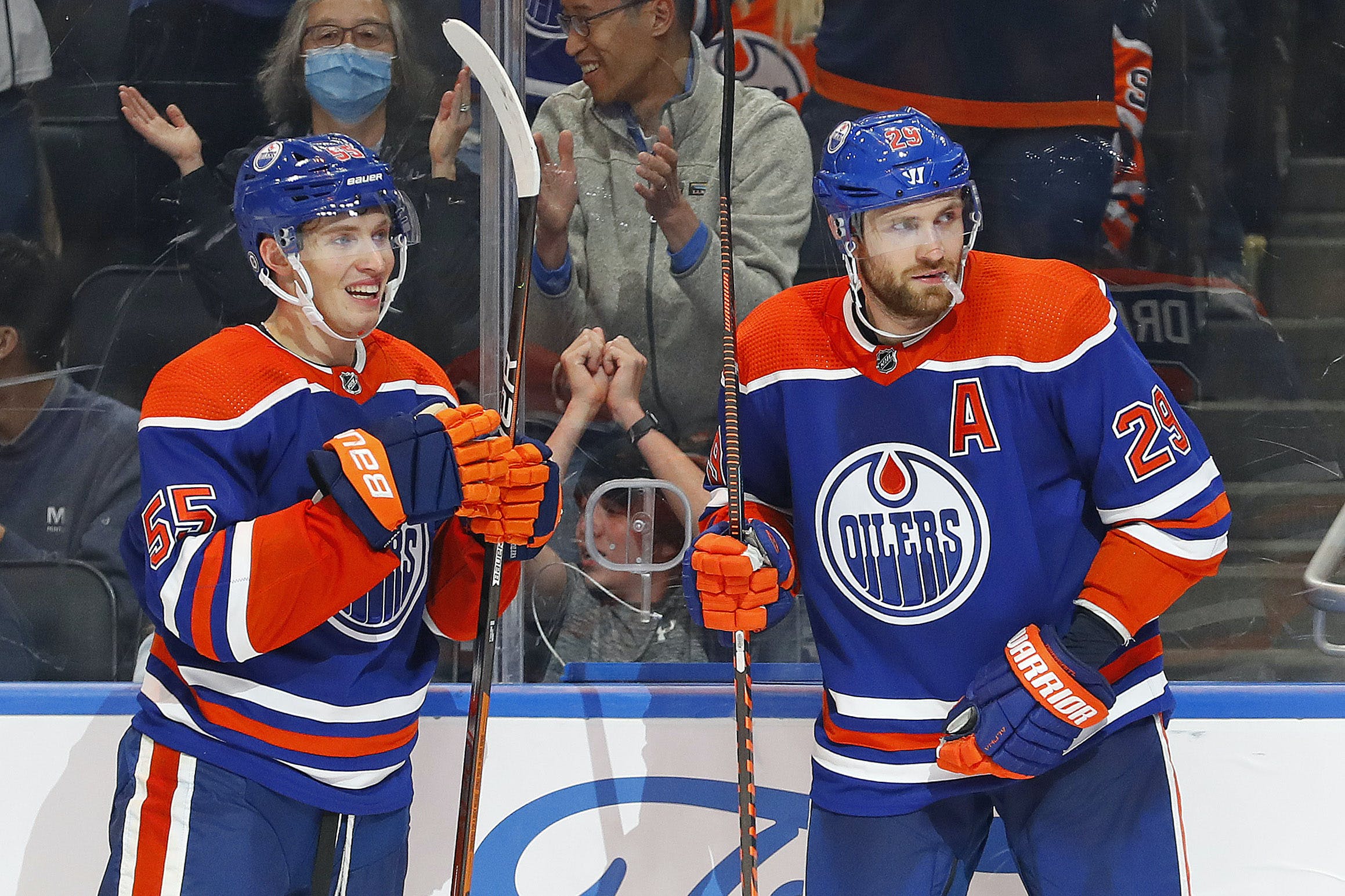 By Zach Laing
3 months ago
While the Edmonton Oilers’ opening day roster has been all but set, there are still plenty of moves to come.
First and foremost, Devin Shore cleared waivers and he, alongside James Hamblin, was assigned to the AHL’s Bakersfield Condors. According to The Athletic’s Daniel Nugent-Bowman, it’s expected that Brad Malone — who is on the opening-day roster — will be flipped for Shore.
The opening day forward group, according to Nugent-Bowman, will feature the following players:
Now, a look at the defencemen:
The biggest caveat here: the expectation is that Broberg will soon be assigned to the Bakersfield Condors, and Markus Niemelainen will replace him.
The move is significant. Broberg entered Oilers camp with a spot to lose and unfortunately, he did just that. He came into camp this year with some extra muscle that he put on in the offseason, but it seems like he has yet to learn how to play with it.
He looked shaky throughout the preseason missing easy plays and being caught out of position. His assignment to the Condors might actually be a good thing. In Edmonton, the expectation would be that he would play on the Oilers’ third pairing alongside Tyson Barrie.
Now, he’ll get a chance to head to Bakersfield and play upwards of 25-minutes a night in all situations He should be able to get powerplay minutes and spend time on the penalty kill.
Playing against lesser competition, Broberg will be able to learn how to play with his size a little bit better. He played 23 NHL games last year, and it wouldn’t surprise me in the least to see him be an early recall to the big club this season.
In net, as expected, Jack Campbell and Stuart Skinner will form the Soup and Stu combination in net.
The Oilers’ opening day roster of 21 players will allow them to maximize their LTIR performance bonus pool with them being $167 from the upper limit with $7,116,833-million in LTIR use. This is with Oscar Klefbom, Mike Smith and Tyler Benson on the LTIR.
Zach Laing is the Nation Network’s news director and senior columnist. He can be followed on Twitter at @zjlaing, or reached by email at zach@oilersnation.com.