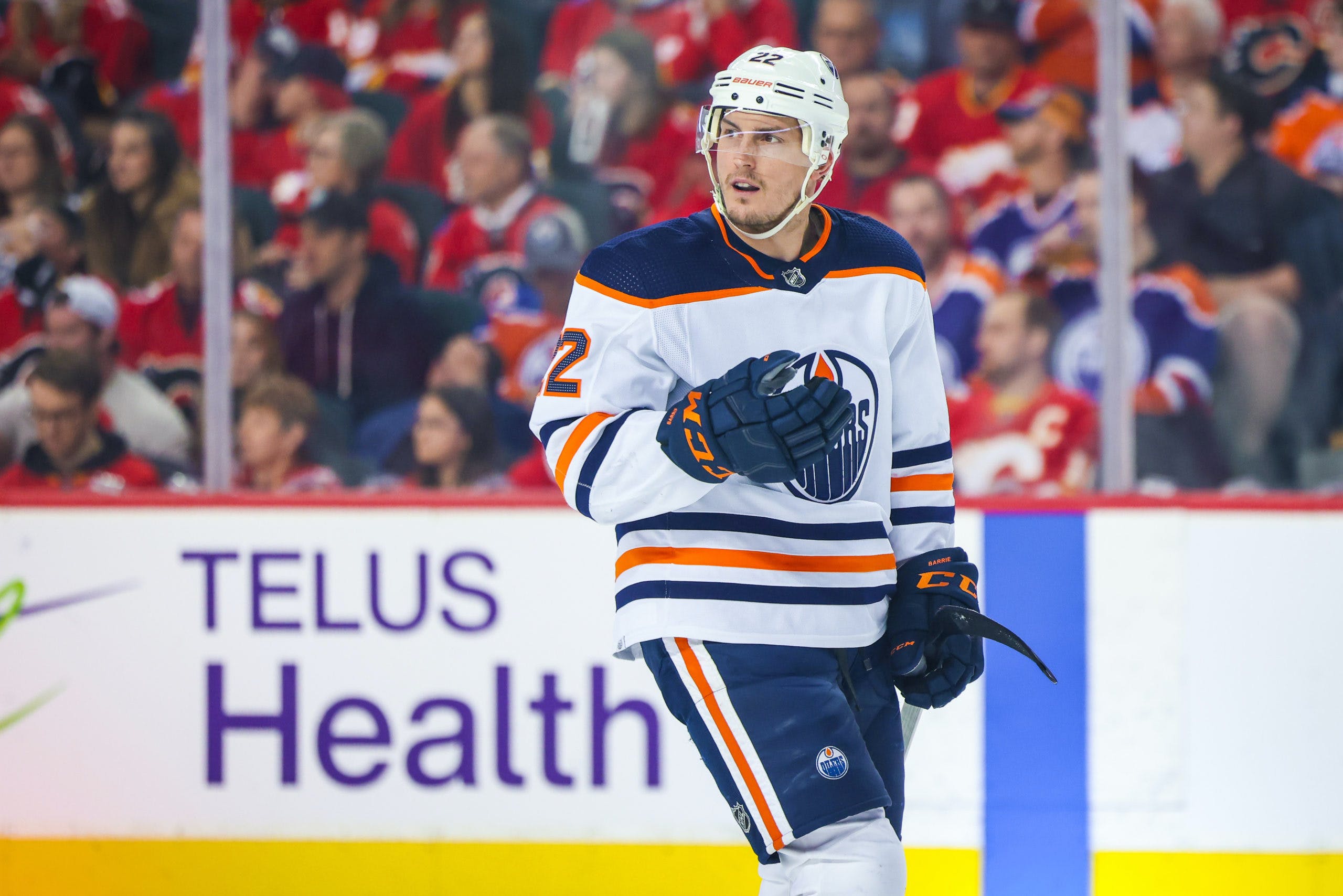 By Zach Laing
4 months ago
Tyson Barrie remains a luxury the Edmonton Oilers can’t afford.
With Duncan Keith reportedly retiring Friday, rumours began to swirl the Oilers would look to keep Barrie on the backend.
What would that look like? Well, Barrie would most likely remain on the Oilers’ third-pairing and the top powerplay unit. His value comes in his ability to move the puck at 5×5 and quarterback the powerplay.
There’s no denying the offensive upside he brings to the table, but his defensive game is nonexistent on the best of days. No knock against him, it’s just the way it is and is an area he’s always struggled with.
So if the Oilers bring him back, as well as Brett Kulak, the depth chart looks like this:
Nurse – Ceci
Kulak – Bouchard
Broberg – Barrie
The top two pairs look very strong, but the third pair is what concerns me. The Oilers would be asking a lot of Broberg, who will be playing his first serious NHL minutes next year, to be paired with a rearguard who struggles defensively. To me, it’s a situation where both players are being set up to fail.
Barrie’s got two years left on his deal paying him an AAV of $4.5-million — not a terrible contract by any means, but that’s a lot of money for a one-dimensional player at 5×5 who is blocking Bouchard from meaningful PP1 minutes.
It’s why I think the team still needs to look to move Barrie.
The Oilers could instead opt to go the free-agent route to find a Barrie replacement. Names like Jan Rutta, Ilya Lyubushkin, Matt Benning, or Nikita Zadorov make sense.
Here are their most likely contract projections, c/o Evolving Hockey:
Off projections alone, I’d target anyone of the top three while avoiding Zadorov at all costs based on that price alone.
Edmonton could utilize that added cap space to put together a serious offer for someone like Claude Giroux, who on a three-year deal projects for a cap hit of $6.466-million. All the while, Edmonton could add a steady defender for cheap to pair with Broberg.
Zach Laing is the Nation Network’s news director and senior columnist. He can be followed on Twitter at @zjlaing, or reached by email at zach@oilersnation.com.