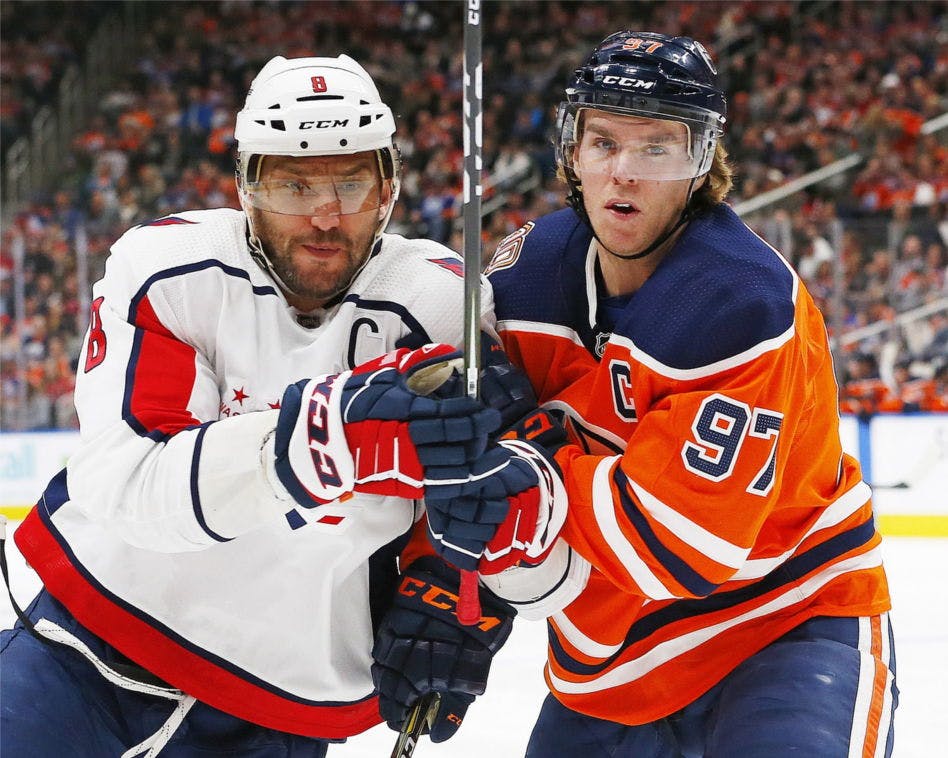 By Robin Brownlee
1 month ago
I don’t know how many more times we’ll get to see Alexander Ovechkin of the Washington Capitals play here in Edmonton on the way to breaking Wayne Gretzky’s NHL record 894 career goals. One? Two? Three? Tonight is one of them. A reminder how time flies.
Having celebrated his 37th birthday Sept. 17, the Great Eight will face the Edmonton Oilers tonight with exactly 1,300 regular season games and 793 goals in the books. He just passed Gordie Howe for most goals scored with one team when he notched his 787th against Arizona Nov. 5. Howe is next on the career list as well in second place with 801. After that, it’s Gretzky.
While Ovechkin is a lot greyer and a little thicker than he was in 2004 when we scrummed him in Raleigh – for context, the Oilers drafted Devan Dubnyk 14th and Rob Schremp 25th that June – he’s got three more years remaining on his contract after this season. He has enough game and enough time left to displace Gretzky at the top of goal-scoring heap.
Connor McDavid, who was in elementary school when Ovechkin made his NHL debut in 2005-06 and stands to have made a mark or two of his own in the record books by the time he’s done, was asked about Ovechkin at the morning skate today. 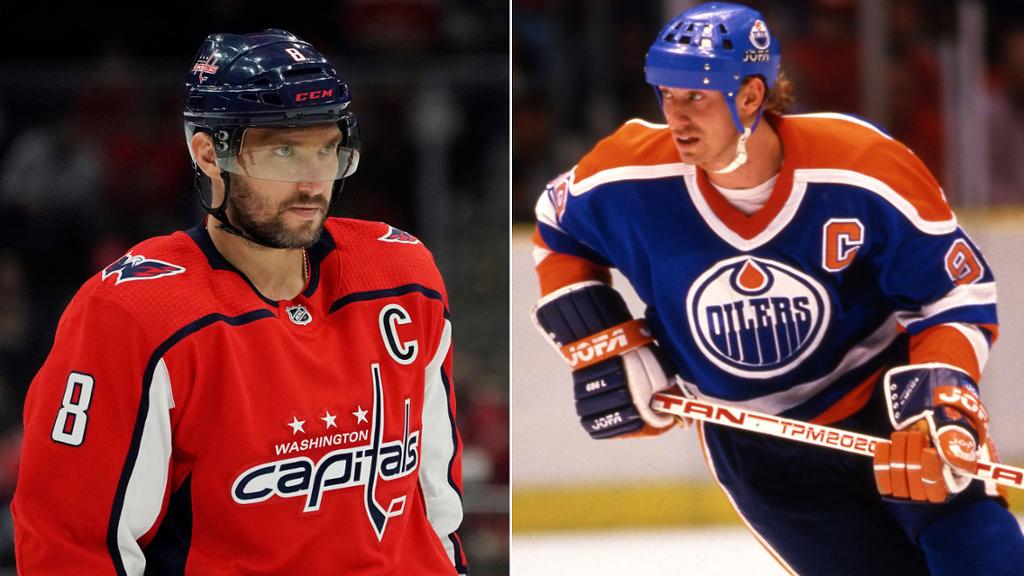 “His love for scoring goals. I think you can see that every time he scores,” McDavid said when he was asked what makes Ovechkin the goal-scorer he is. “He loves to score. I think everyone does, but maybe he’s on another level. He’s got such a nose for the net. He just seems to know where to be. That’s a great gift to have.
“And obviously, he shoots the puck so well. I think that’s the main thing. When he gets a chance, he doesn’t need much time or much space. He can get it away in a hurry and pick a spot. It’s really crazy to see.”
McDavid never did see Howe or Gretzky play live – he was just a toddler when the Great One retired in 1999 – but Sportsnet’s Gene Principe asked him for his take on the greatest goal-scorer of all-time. A tough ask by the King of Puns, but McDavid showed some sick mitts stickhandling through it.
“That’s a great question,” McDavid said. “It’s tough to kind of gauge the history of hockey, I guess. There’s different eras. The game was played a little bit differently throughout those eras. I would say, obviously, the numbers Wayne put up it would be hard to argue against Wayne, but to see Ovi put up those numbers . . . it’s hard to gauge through those, eras, but two incredible players.”

When Gretzky hung up his skates after playing 1,487 games, I never envisioned anybody pushing let alone surpassing his 894 goals, yet here we are getting another first-hand look at Ovechkin tonight. The Great Eight is just 101 goals back.
Some of Ovechkin’s best work in Edmonton came off the ice in October 2017 when he took time to buy a sweater, coat, and hat for a homeless man struggling in the cold downtown. Ovechkin truly is a special player on the ice and a wonderful man off it. Enjoy him while you can, folks.
Editorials
Featured
Oilers Talk
Recent articles from Robin Brownlee