‘The league has got to clarify some of these rules:’ Edmonton Oilers captain Connor McDavid calls out NHL after OT goal waived off 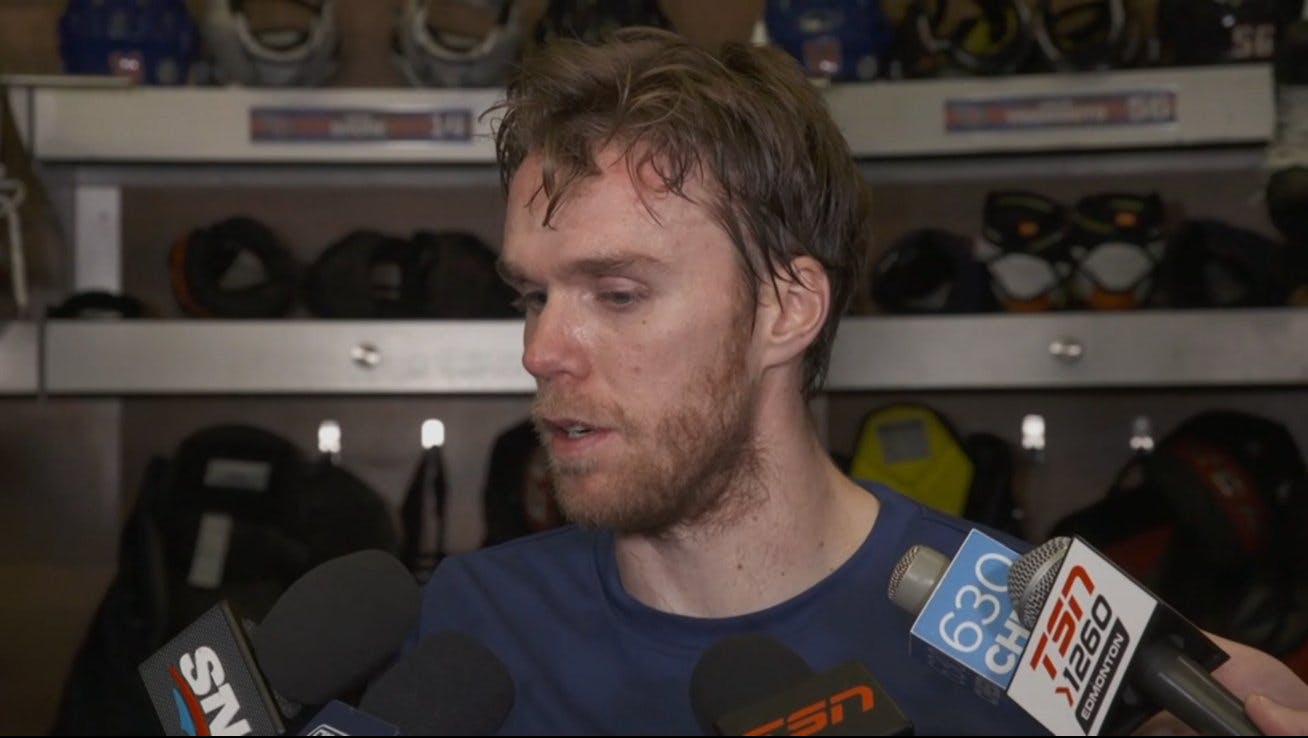 By Zach Laing
1 month ago
Connor McDavid is not happy.
After a would-be game-winning overtime goal against the St. Louis Blues was called off, the Edmonton Oilers captain has some questions for the NHL.
McDavid carried the puck across the Blues’ line with just under three minutes to go in overtime kicking off a play that would result in Leon Draisaitl finding the back of the net. The problem? The play was offside — at least, that’s what the NHL ruled.
A review of the goal was initiated by the NHL’s situation room and it was called off.
“The league has got to clarify some of these rules. What’s a kick? What’s offside? What’s goalie interference? It kind of depends on the night I guess,” said a clearly frustrated McDavid after the game. “Since I was a kid, I thought if you had possession of the puck it’s onside. We just want some clarity on some of these rules. We’ve been burned on a few kicks and stuff like that. Calgary had the situation last year in the playoffs.
“It kind of goes back a long way not understanding some of the rules of our own game. It’s kind of funny I guess.”
Here was the NHL’s explanation of the review:

Edmonton’s Connor McDavid preceded the puck into the offensive zone without possession and control and, therefore, was in an off-side position prior to Leon Draisaitl’s goal.

The Oilers, who went on to lose the game 4-3 in the shootout, have been on the receiving end of some tough calls as of late. There was a stretch of games where Zach Hyman had multiple goals called back.
On top of that, the Oilers were on the receiving end of a questionable Cale Makar goal last year in the playoffs that was allowed to stand.
McDavid’s had opportunities to make public comments around the league as he did Thursday night, but never took advantage of them.
Zach Laing is the Nation Network’s news director and senior columnist. He can be followed on Twitter at @zjlaing, or reached by email at zach@oilersnation.com.
Featured
Nation Takes
Oilers Talk
Recent articles from Zach Laing