The Legend of Leon 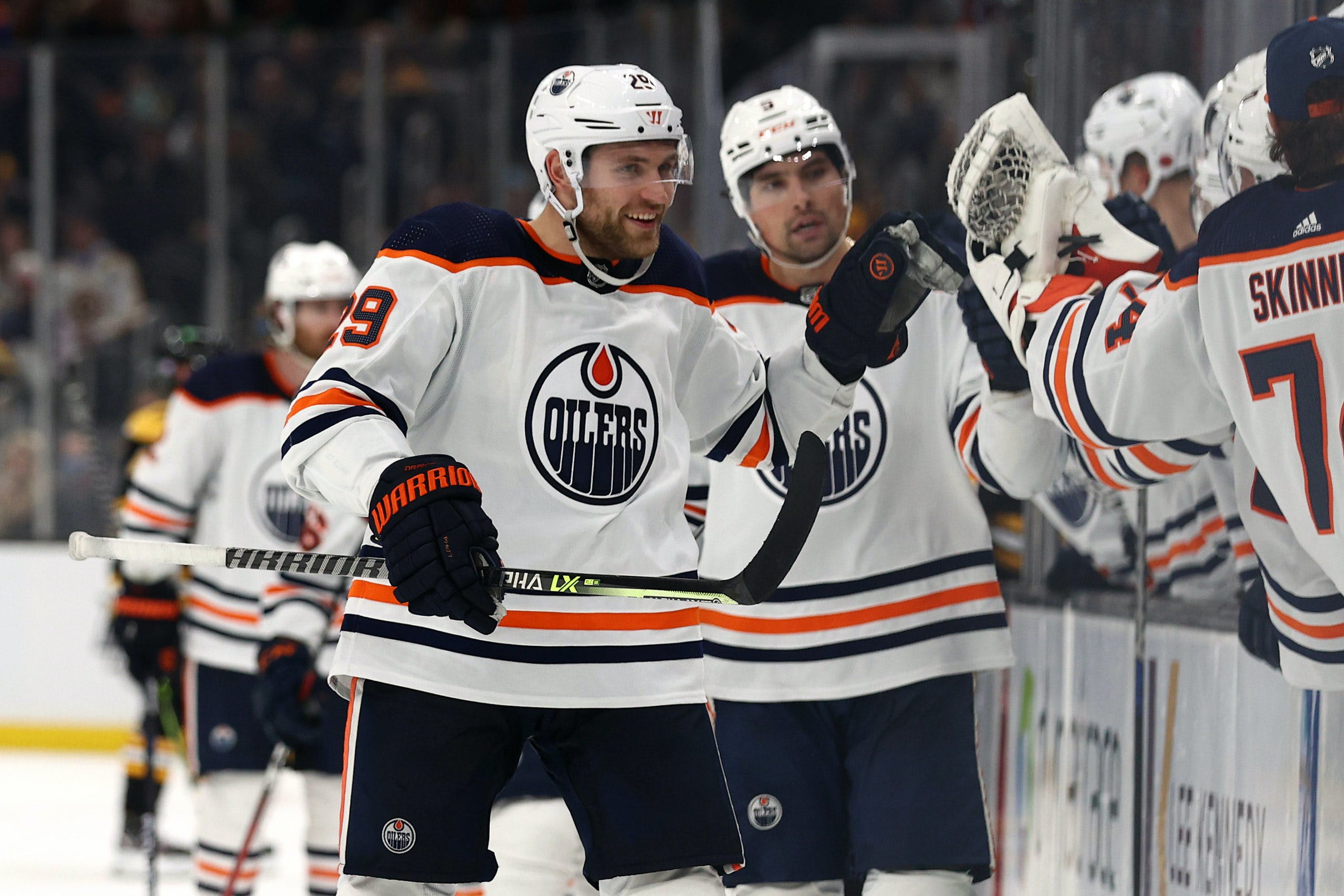 By Robin Brownlee
7 months ago
Down the road, many years from now, somebody will talk or write about the night they watched @Leon Draisaitl of the Edmonton Oilers score his 50th goal of the 2021-22 NHL season against the Anaheim Ducks while playing on one leg. Time does that.
While it won’t be untrue — Draisaitl was hobbled last night after spilling into the end boards awkwardly — events like scoring 50 goals tend to grow under the lens of time. It follows the Legend of Leon will surely make the rounds 20 or 30 years from now. You know, like the 200,000 people who say they were in the rink the night the Great One scored 50 goals in 39 games.
The way I see it, Draisaitl scoring 50 goals for the second time in his career is noteworthy and remarkable here and now. When I look at what I thought the big forward from Germany might become after the Oilers selected him third overall from the Prince Albert Raiders in the 2014 NHL Entry Draft, he’s surpassed every expectation. No exaggeration required.
At 50-51-101 with a dozen games remaining in the regular season, the Deutschland Dangler is on his way to the best season in what’s already an exceptional career through 548 games. Draisaitl looks destined to take his place among the greatest players ever to wear Oilers’ silks before he’s done, including the guy who is wearing No. 97 right now. Two legs and all. At the very least, Draisaitl is in select company already by scoring 50 for the second time. 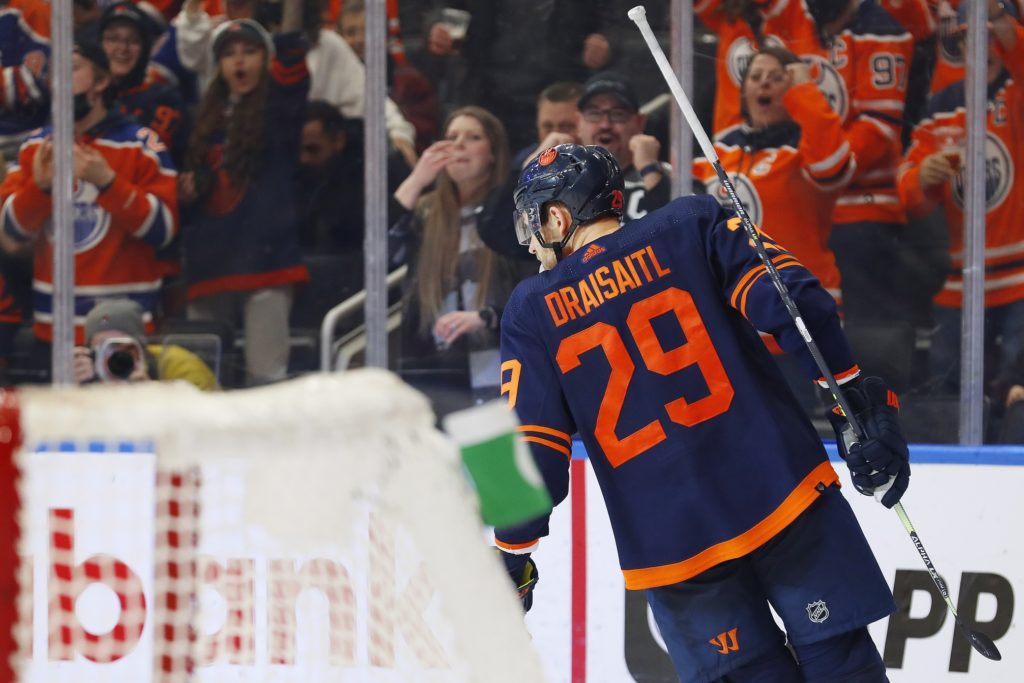 Feb 17, 2022; Edmonton, Alberta, CAN; The Edmonton Oilers fans celebrate a goal by forward Leon Draisaitl (29) against the Anaheim Ducks during the third period at Rogers Place. Mandatory Credit: Perry Nelson-USA TODAY Sports
Draisaitl, who scored 50 goals for the first time in 2018-19 when he had 50-55-105 in 82 games, then claimed the Hart Memorial Trophy and Art Ross Trophy in 2019-20 with 43-67-110, hit 50 again with the 6-1 goal. It was, fittingly, on a one-timer from the face-off circle. How many of those have we seen?
“Obviously I’m proud,” Draisaitl said. “I’m very happy about it, no question. It also shows you how great my teammates are, right? They’re the ones that put me in these situations, they’re the ones that get me the puck in the right moments. We have such a selfless group out there, it’s just fun to be a part of.”
Connor McDavid, for my money the only player ahead of Draisaitl right now in the Hart Trophy conversation, had a goal and a couple of assists against the Ducks. McDavid, who is on a 13-game point streak, leads the scoring race with 40-65-105. He’s four points up on Draisaitl, who has points in a dozen straight games.
“Heckuva an achievement,” said coach Jay Woodcroft, who is now 17-7-2 since taking over for Dave Tippett. “It’s so special to score 50 goals, and so special to hit the century mark on the points. I said this about Connor when he hit the 100-point plateau, I know Leon is driven to get our team to 100 points. That’s what motivates him, and he did a lot of good things on the ice tonight. I was happy to see him get both of those late in the game.”

As for the Legend of Leon angle, that’ll have to grow with the passing of time — it most certainly will. Not a big deal the way Woodcroft sees it here and now.
“Leon’s a big, tough guy,” he said. “He plays through bumps and bruises, and he had a little bit of a bump there, but it was never in doubt he would return. It was just a bruise. He’s a big strong guy who plays through those.”