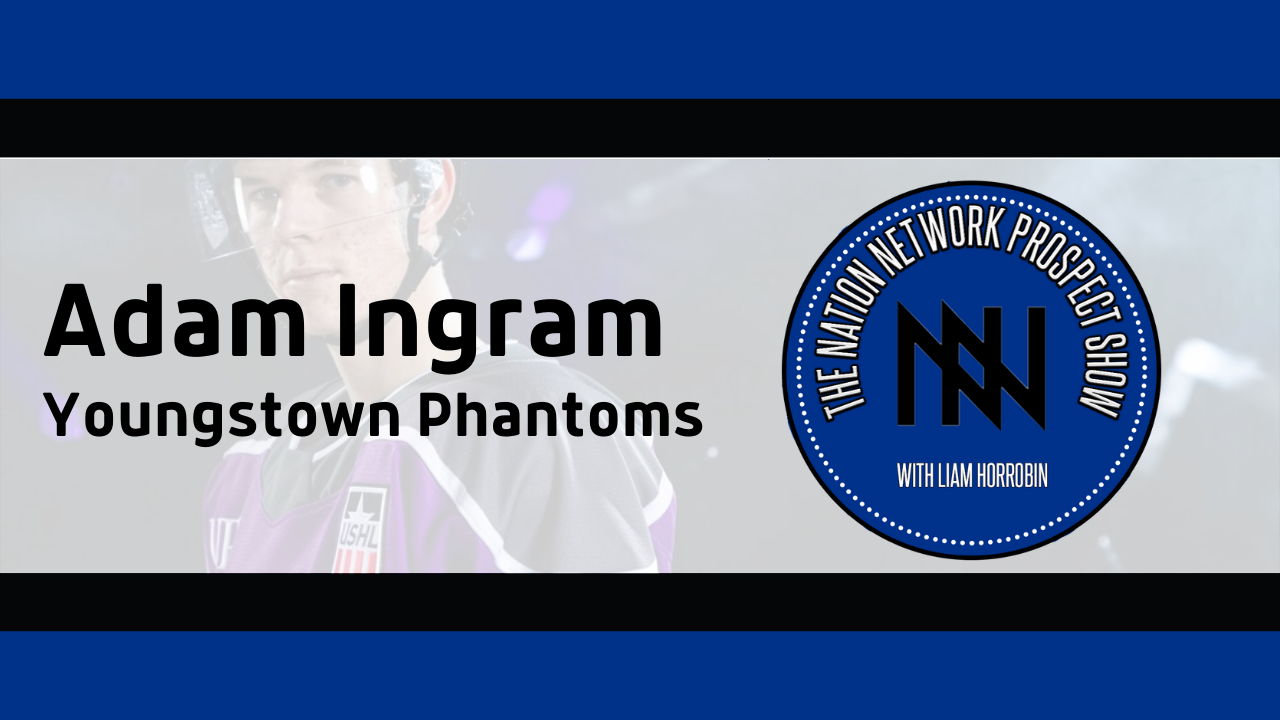 By Liam Horrobin
4 months ago
Adam Ingram from the Youngstown Phantoms of the USHL joined Liam Horrobin on episode one, season two, of The Nation Network Prospect Show. Ingram is a Canadian athlete from West Paul, Manitoba, who played south of the border last season in the USHL.
Before his hockey career took off, Ingram was an avid golfer and participated in junior tournaments around Manitoba. As he got older, he put the golf clubs to the side and focused more on hockey.
In the interview, Ingram talked about his one season in the MJHL with the Selkirk Steelers. Unfortunately, his time was cut very short in Selkirk playing only eight games until the season was shut down because of COVID. The shutdown forced Ingram out of hockey until he joined the Youngstown Phantoms for the 2021-22 season. In his first season with the Phantoms, Ingram led by example after scoring 26 goals and 55 points as a rookie in the league. Those numbers helped him get noticed by NHL scouts.
Towards the end of the episode, the Phantoms forward talked about the NHL Draft. Specifically what he is most excited about and the moment he realized that playing in the NHL was a possibility.