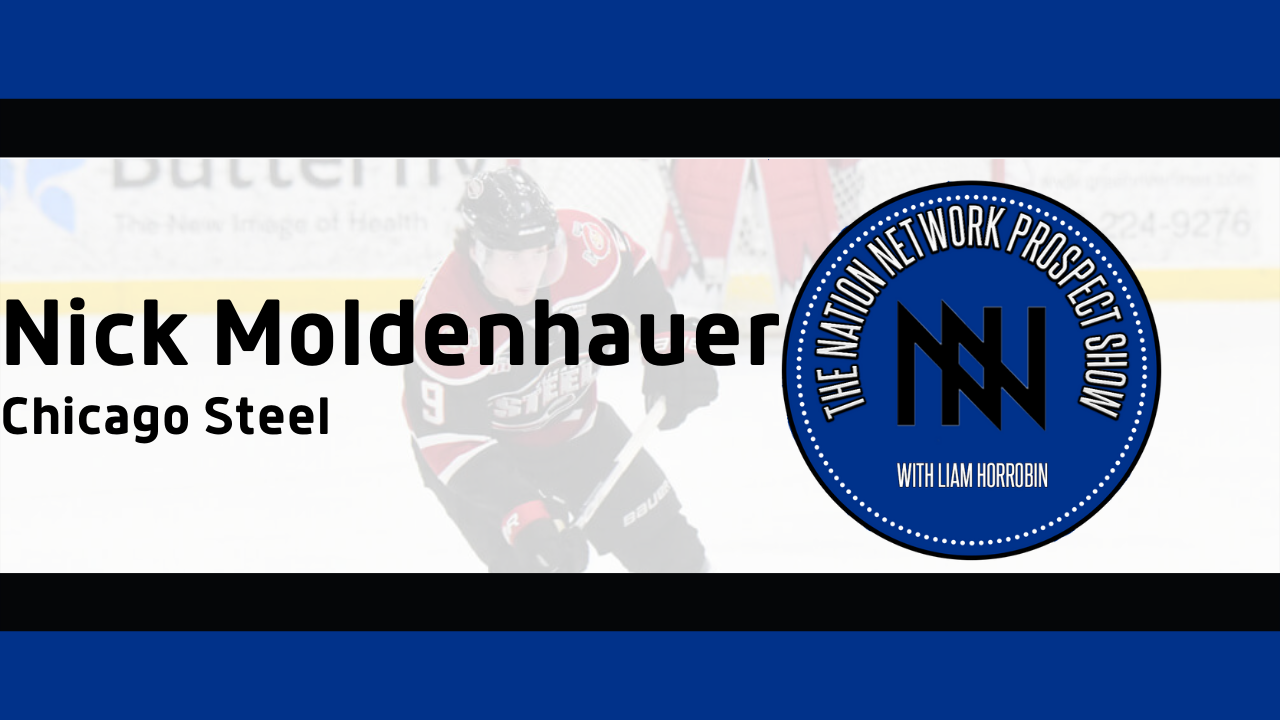 By Liam Horrobin
4 months ago
Nick Moldenhauer from the Chicago Steel had an eventful start to his junior career.
In the OHL draft, he was a first-round pick by the Ottawa 67s. However, after hockey was shut down in Ontario due to COVID, he had no choice but to move south of the border if he wanted to play hockey that year. Luckily for him, one of the best junior hockey franchises in the Chicago Steel recruited him.
In his first season with the Steel, Moldenhauer played only six games before suffering a season-ending injury. The Chicago forward took a skate to the face resulting in a deep cut that kept him off the ice. He returned with a bang in 2022, scoring 18 goals and 43 points in 41 games.
After a tremendous first full season with Chicago, Moldenhauer’s season continued, but this time overseas. Hockey Canada asked him to represent his country at the World Under 18 Championships in Germany. In the interview, he talked about his experiences in Europe and what he took away from the experience.
Finally, Moldenhauer talked about his time at the NHL Draft combine, doing interviews and workouts with personnel from around the league.
Today, his dream of making it to the NHL is right around the corner with the draft coming up this Thursday.
Interviews/Pressers
Oilers Talk
Videos
Recent articles from Liam Horrobin