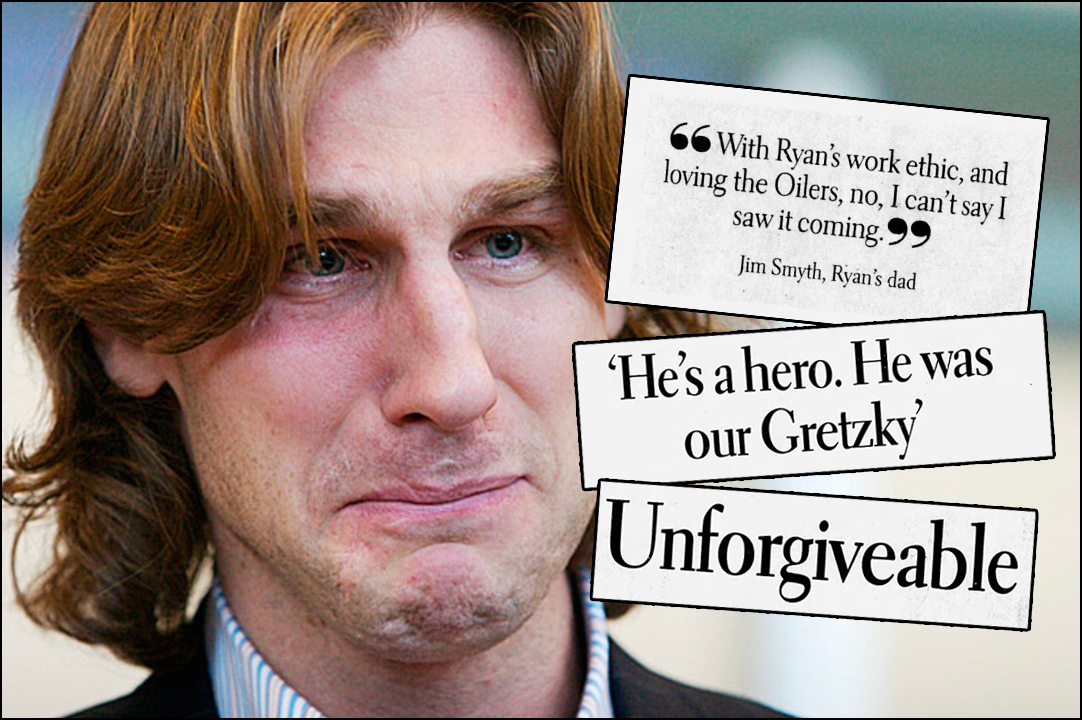 By Cam Lewis
9 months ago
It was one of those ‘Where Were You When?’ moments.
At the 2007 trade deadline, Ryan Smyth, the heart and soul of the Oilers, was traded to the New York Islanders in exchange for Ryan O’Marra, Robert Nilsson, and a first-round pick, which was later used on Alex Plante.
The trade broke Edmonton’s heart.
Smyth grew up an Oilers fan and dreamed of playing for the team. Not long after getting drafted by the Oilers with the sixth-overall pick in the 1994 draft, Smytty was making a name for himself in Edmonton with his goal-scoring prowess and unparalleled work ethic.
Smytty was the face of a generation of Oilers hockey, one known for its gritty, underdog style. He was also the one constant that stuck around, through thick and thin, as the small-market team couldn’t afford to retain high-quality talent.
The gritty brand of hockey that defined the team in the late 1990s and early 2000s died when Smyth was traded and it never really came back to life.
15 years after the fact, we take a look back at the career of Smytty, what made him such a beloved figure in Edmonton, the fallout from the trade, and his heroic return to Edmonton. Wanye Gretz also makes an appearance to talk about how the Smyth trade led to the birth of OilersNation.
Oilers Talk
Videos
Recent articles from Cam Lewis