The Sked Ahead: Important Pacific Division games are on the horizon for the Oilers in January 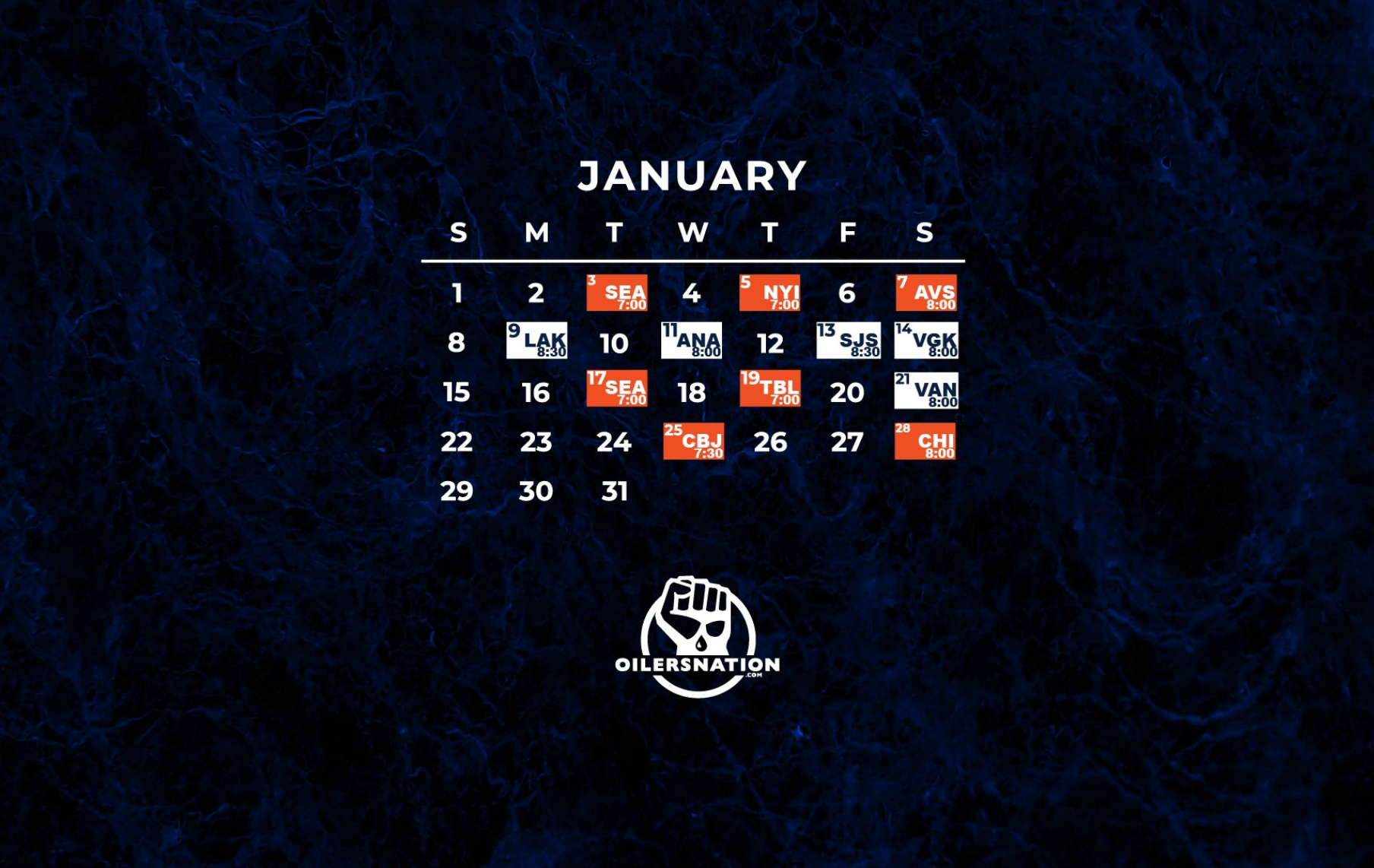 By Cam Lewis
1 month ago
Welcome to 2023!
The Edmonton Oilers put together an up-and-down month of December, highlighted by huge wins over the Arizona Coyotes and Seattle Kraken but bogged down by frustrating losses to the Anaheim Ducks and Vancouver Canucks.
All told, the Oilers went 7-5-2 over the month and they now sit at 20-16-2 on the season. My hope for December given the number of teams that Edmonton played who were behind them in the standings was 10 wins. That didn’t happen but a couple of four-point wins after the Christmas break against Pacific Division opponents helped to compensate.
Next up, the Oilers will head into January, a month that starts off busy but offers a lot of time to rest toward the end with 12 games all told. January will also feature a few four-point games against Pacific foes that will be important in the standings down the stretch.
The month will start with another game against the Kraken, who the Oilers recently beat in Seattle by a score of 7-2. After that, the Oilers will host the New York Islanders and Colorado Avalanche. It’ll be Edmonton’s first look at the 2022 Champs since last year’s Western Conference Final, but the Avs are operating very shorthanded, as Gabriel Landeskog, Val Nichushkin, Josh Manson, and Bo Byram, are on the Injured Reserve.
After that, the Oilers will hit the road to play four Pacific Division opponents over the span of six nights. They’ll start in Los Angeles with the Kings, they’ll play the Ducks in Anaheim two nights later, and then the trip will conclude with a back-to-back that starts with the Sharks in San Jose and finishes with the Golden Knights in Vegas.
The Oilers will have two nights off following that trip and then they’ll get back in action when they host the Kraken for their third meeting in just a few weeks. A couple of nights later, they’ll host the Tampa Bay Lightning.
Two nights after the Tampa game, the Oilers will hit the road to play the Canucks in Vancouver, and then the schedule starts to slow down with a lot of space between two weak opponents. They’ll have four days off between the game in Vancouver and their next game after that, which is a home date with the Columbus Blue Jackets. The Oilers will then host the Chicago Blackhawks for their final game in January and then they’ll be off for a week and a half for the All-Star break.
January starts off busy with seven games over the course of 12 nights. That four-game swing through California and Vegas is a huge one, with games the Oilers need to win if they want to catch the Kings or Golden Knights to host a first-round playoff series. After that, things slow down and the Oilers will get some rest and some very beatable opponents.
Winning eight of these 12 games would be a successful month for the Oilers. If they don’t start stringing together some wins, L.A. and Vegas will pull away.
Featured
Oilers Talk
Recent articles from Cam Lewis