The Worst Time for Injuries 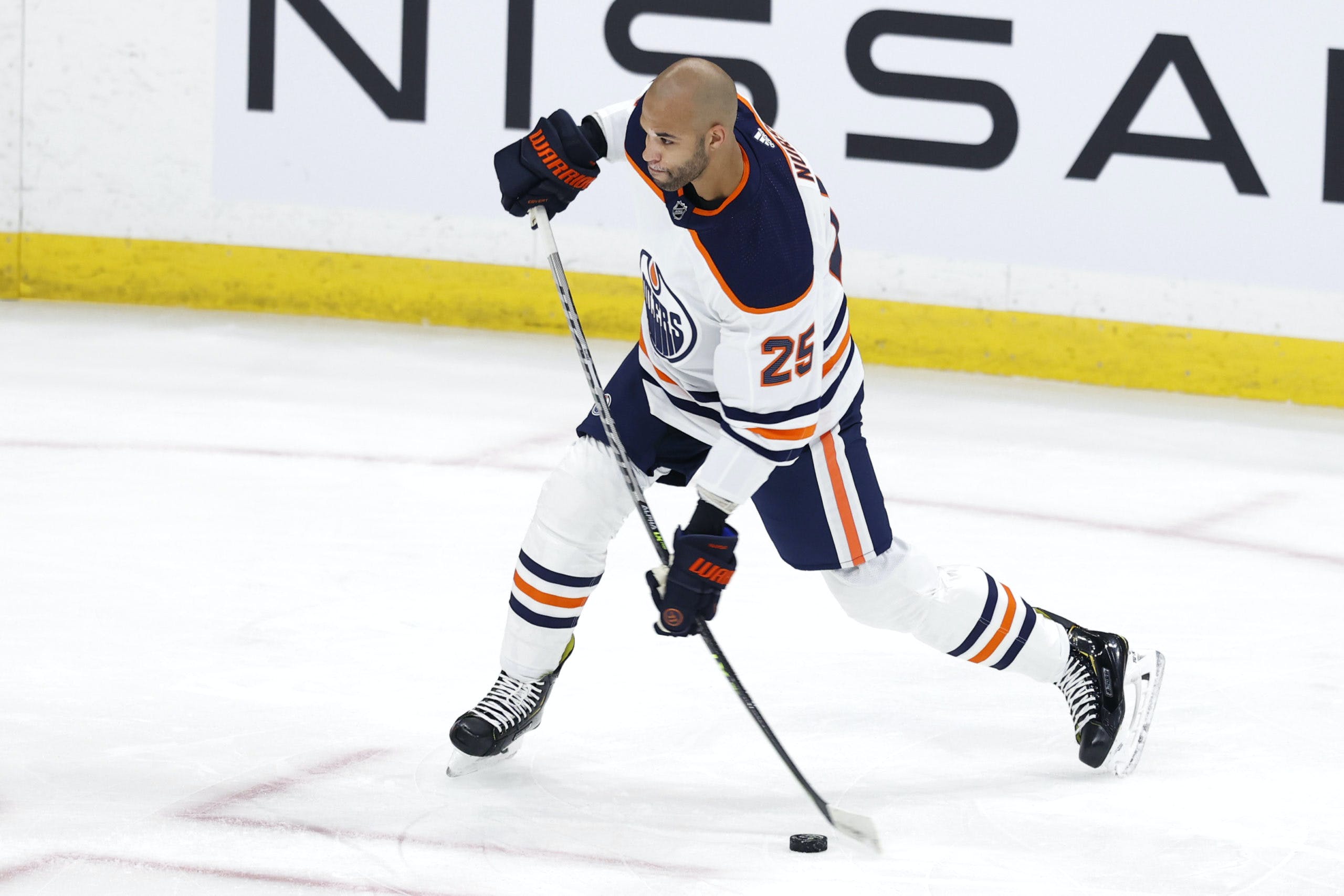 By Jason Gregor
9 months ago
The 2022 NHL playoffs begin next Monday. Sixteen teams will begin their quests for the Stanley Cup, and luck and good timing play almost an equal role as skill, determination, commitment, and discipline for the team who will ultimately hoist the Cup in June.
Not all injuries are equal. Good teams can overcome one injury, as the 2020 Tampa Bay Lightning did when Steven Stamkos only played one game, and a total of 2:47. The Lightning were deep enough and skilled enough to win despite playing without one of their best players.
But would they have had the same results if @Victor Hedman had been injured in 2020? Hedman averaged 26:28/game during their run to the Cup and finished third on the team in goals (10) and points (22). Maybe the Bolts still would have won, but in 2019, Hedman was injured late in the regular season, and only played two games in the playoffs and wasn’t close to healthy. The Bolts lost in four straight after being 62-16-4 in the regular season.
Injuries can derail a team’s post-season dream quickly. And suddenly many teams around the NHL have injury concerns.

Darnell Nurse left Friday’s game v. Colorado with a lower-body injury. He didn’t play in Columbus, won’t play tomorrow and it is unlikely he plays at home v. San Jose and Vancouver. There is no need to rush him, but there is some concern on how healthy he is when the playoffs start next Monday. Losing Nurse would create a massive hole. Since Dave Manson took over running the blue line, Nurse has played 50.9% of his 5×5 icetime against Elite competition. If he can’t play then the Oilers will need a LD to not only play way more minutes, but also against tougher competition.
Here is the breakdown of the LD playing against Elite competition since Manson took over. Stats courtesy of PuckIQ.com.
@Darnell Nurse: 308 minutes and 50.9% of 5×5 TOI.
@Duncan Keith: 86 minutes and 21.4% of 5×5 TOI.
@Brett Kulak: 41 minutes and 13.4% of 5×5 TOI.
@Kris Russel: 21 minutes and 18.8% of 5×5 TOI.
Keith has played 26 games in that span, Kulak 15 since being acquired from Montreal, and Russell has played nine since returning from injury.
Losing Nurse in the playoffs would be a huge blow. Their first round opponent, the Los Angeles Kings, are also without their top blueliner, @Drew Doughty, but he’s only played 39 games all season. They’ve played half the season without him and have learned to adjust. I still see the Oilers as the favourite in the series, but if Nurse can’t play, or is only 70-80% healthy, it will make the series much more challenging for the Oilers.
**The latest update on Nurse is this. As of today (Monday) the Oilers and Nurse are looking for him to be ready for game one of the playoffs. He will not play in the final three regular season games. They will have a better sense of his availability for game one by Friday. They will have a more clear picture by then. It isn’t guaranteed he will be ready for game one, but today they are hopeful he is.**

Michael Bunting is sixth in the NHL in 5×5 scoring. He’s been a great complimentary winger on Toronto’s top line with Auston Matthews and Mitch Marner, but he was injured in the first period on Saturday, didn’t play yesterday v. Washington. After the game Toronto head coach, Sheldon Keefe, said, ”He’s going to miss some time for sure but I don’t know how much.” He won’t play this week, and today some reports suggested he could return for the playoffs. But when, and how healthy will he be?
And the same question goes for Matthews. He returned to the lineup this weekend and played both games, so you’d think he should be fine. But what if his injury impacts his shooting? If a player is suddenly playing hurt, their effectiveness can drop. Matthews is vital to the Maple Leafs’ success. He hasn’t scored a goal in five games, the longest drought of the season for him, and maybe it is just an oddity, but if his injury impacts his ability to score, even by 10-15%, it will make playoff wins more difficult for Toronto. Not impossible, but more difficult.

Alex Ovechkin left last night’s game after falling awkwardly into the end boards.
He was clearly in pain and was favouring his left shoulder. Since March 1st the Capitals have the third-best P% in the NHL, going 16-5-3. Ovechkin leads them with 18 goals in 24 games. The next closest is Evgeny Kuznetsov with nine. If Ovie’s shoulder is bothering him in the playoffs it could have a major impact on the Capitals’ ability to score.

I’m not sure any team has been crushed by injuries more than the Avs the past two seasons. In the 2020 playoffs, their top-two goalies, @Philip Grubauer and @Pavel Francouz were injured. Then last season they were without Erik Johnson. And right now @Gabriel Landeskog, @Devon Toews and @Mikko Rantanen are out. Rantanen has an illness, and reports out of Colorado suggest he will be good for the playoffs. Toews is also scheduled to be back, but there is no set timetable for Landeskog. He had 10 goals in 14 games prior to his injury. He’s a huge part of their team, and so is Toews. Toews is a pillar on their backend, and when paired with Cale Makar, they are one of, if not the best, D pairings in the NHL. The health of Toews and Landeskog could be huge for the Avs in the second round against either St. Louis or Minnesota. (Yes, even with injuries, I don’t see the Avs having any trouble defeating the Wildcard team).

Freddie Andersen was injured last week, and on the weekend @Antti Raanta (no surprise) got injured again. The Hurricanes had to rely on third string goalie Pyotr Kochetkov, and he did get two victories for them, but the Hurricanes must be concerned with their goaltending heading into the playoffs. Here are their numbers in April.
Andersen has made six starts and is 2-4 with a .867Sv% and 3.47 GAA.
Raanta had five starts and was 3-1 with a .894Sv% and 2.60 GAA.
Kochetkov had one start, but went 2-0 with a .889Sv% and 2.03 GAA.
If you don’t have consistent goaltending in the playoffs you have virtually no chance of success. Andersen is 35-14-3 this season with a sparkling .922Sv% and 2.17 GAA. He’s been a major reason for the Canes success, and if he isn’t ready, and Raanta is still out, then the Canes suddenly could be an underdog v. the Boston Bruins.

The Pens have struggled the past two months. Since March 1st they are 18th in the NHL with a .540P% (12-10-3) and since April 1st they are 25th at .409P% (4-6-1). And their starting goalie, Tristan Jarry, was injured on April 14th and was listed as week-to-week, which rarely seems to be only two weeks. Casey De Smith and veteran Louie Dominque are the Pens’ tandem for now. Even with Jarry, the Penguins were struggling, so it might not matter, as it looks like they will face either the New York Rangers or Florida Panthers. The Penguins have 101 points and two games remaining, while Washington has 100 points and three games left. Whoever finishes higher between them will face the Rangers, and the loser gets to face the juggernaut Panthers.

The Kings’ blue line has been decimated by injuries all season. Sean Walker has only played six games, Doughty has played 39 and Mikey Anderson has played 55. He hasn’t played since March 7th, but is hopeful he can get in a game before the end of the regular season. If he does, he’ll have to shake off the rust quickly before the playoffs begin. It is asking a lot of any player to return after a two-month hiatus, but often much more difficult to return in the playoffs. Elite players have the best chance, because they are more skilled than most, but Anderson is a good player, not elite.
If Anderson can play it might give LA a boost, but it is unrealistic to expect him to play as he had prior to his injury.

This regular season feels like it has gone on much longer than usual, even though it is only a few weeks, but the playoff are finally in sight. In one week the passion and excitement will ramp up, and injuries could play a major factor in who hoists Lord Stanley’s mug this summer.
I want to see the best players, and the best teams do battle, so I hope all injured players are able to play, but even when players are in the lineup that doesn’t mean they are healthy, and if a player’s ability and skill is negatively impacted by even 5% that could be the difference in making a key play, or mistake, at an important time of the game that severely alters the outcome of the game or series.
Bring on the playoffs, and hopefully health to your favourite team.