This Week in the NHL: Week Two 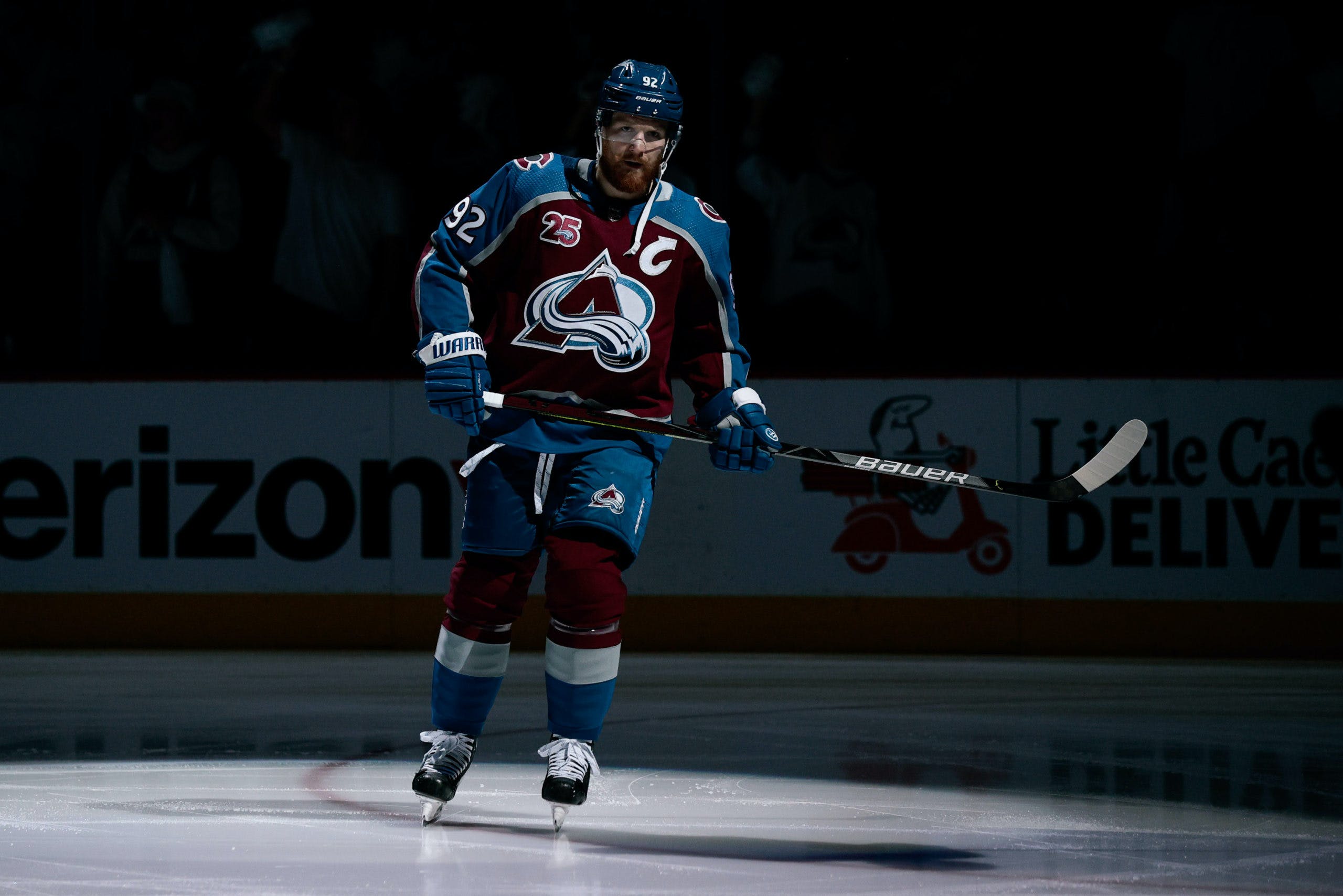 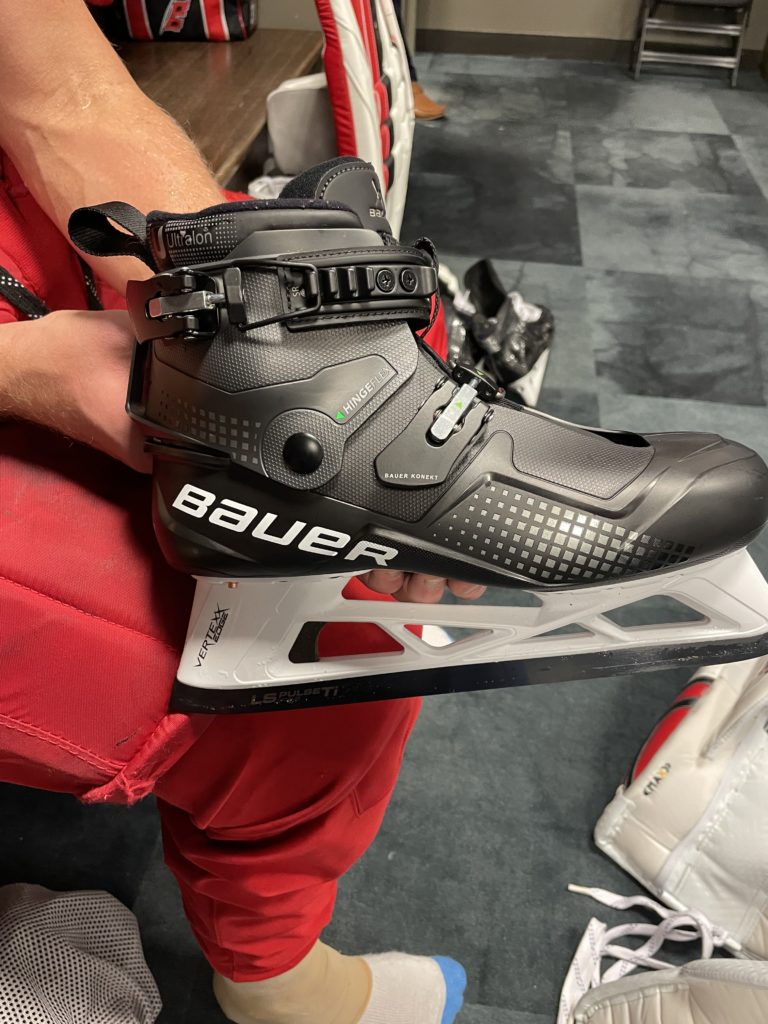 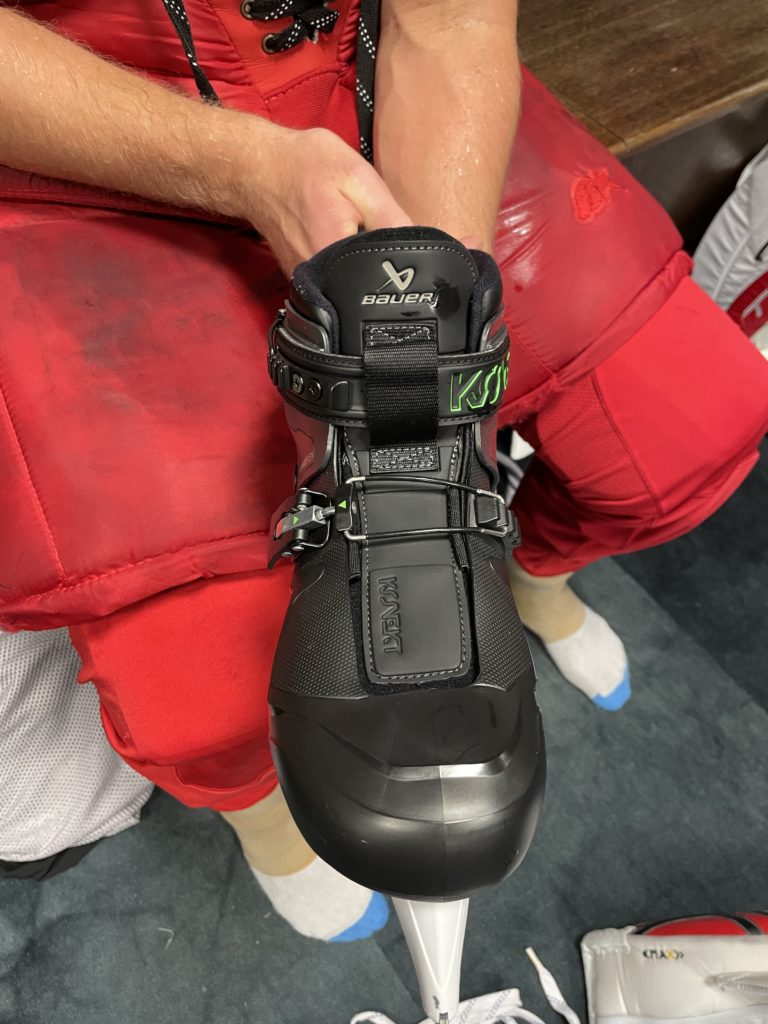 The new boot actually moves. The grey part of the boot above the word Bauer (you can see the space just above the B) actually can stretch out, thus giving the goalie more room to move.
I asked Raanta his initial thoughts on the new skate.
“Obviously the movement, you get a little more ankle mobility,” said Raanta. “I’ve only been using them for a week, so there’s still a period to learn about them and feel them out, but for me, I always like my skates to be really tight and these ones give me a bit more freedom and that is the biggest adjustment I have to make.
“They are super easy to put on, it takes two seconds, and your hands aren’t getting tired lacing up the skates all the time (smiles). I think there will be a lot of good things about these skates.
What is the biggest benefit of more ankle mobility?
“I think it comes moving on the ice, moving out from the post, moving to the post, pivoting and when you make a save, and the rebound goes back door you get quicker turning on your lead leg or your pushing leg. I think that is where you feel the biggest difference is you find your edge way quicker because you have more movement. It is still a learning process for me, and I think it will be key for the knee and ankle as they won’t get hurt as much when you get a little more mobility there, so hopefully, that is another good thing coming out of these skates.”
I asked him when he plans to use them in a game. He laughed and couldn’t say for sure. He told me a story about getting new pads last year. He got them, used them in one practice, and then the Canes had a two-game road trip with two games in two days. He opted to only take his new pads on the trip, so when he played, he had to use them. He said in warmup he was still wondering if it was the right idea, but he played well and liked them.
He said it is mainly mental. “You worry that you might not be as good, but if you feel good in practice then they (pads or skates) will be the same in the game. I just have to convince myself to do it,” he laughed.
Editorials
Featured
Oilers Talk
Recent articles from Jason Gregor